A deluge is expected to hit the UK with rain and could lead to more rivers bursting their banks. The Met Office has warned almost two weeks of rain could fall over a 30-hour period. The persistent rain is likely to lead to flooding and disruption.

The latest weather warning reads: “Showers on Friday morning will be replaced by more persistent rain during the afternoon and evening.

“The rain will be heavy at times, lasting through much of Friday night and Saturday morning before slowly dying out during Saturday afternoon.”

The forecast predicts “20 to 30mm is likely to fall quite widely”, and “40 to 50mm” of rain could hit some places – most likely across the higher ground of south Devon.

The average total rainfall in the UK for November is 121mm, meaning almost two weeks’ worth could fall today and tomorrow. 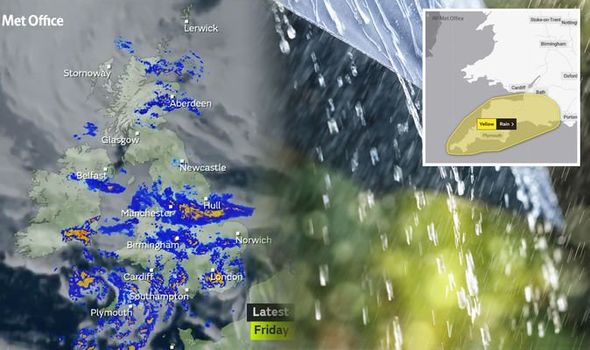 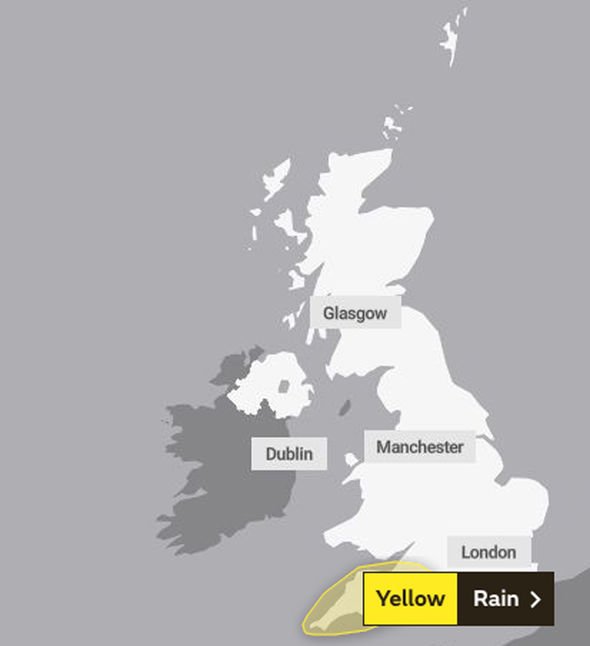 Where is it raining right now?

A weather map from Windy.com shows exactly where rain is falling at the time of writing.

As of 8.14am, the heaviest rainfall is affecting the south coast of Devon and towards Cornwall, with Plymouth all the way to Fowey seeing the brunt of the rain.

Dorset is also being affected, with a band of rain sweeping in from just south of Portland and up towards Poole and heading towards Southampton and into Hampshire. 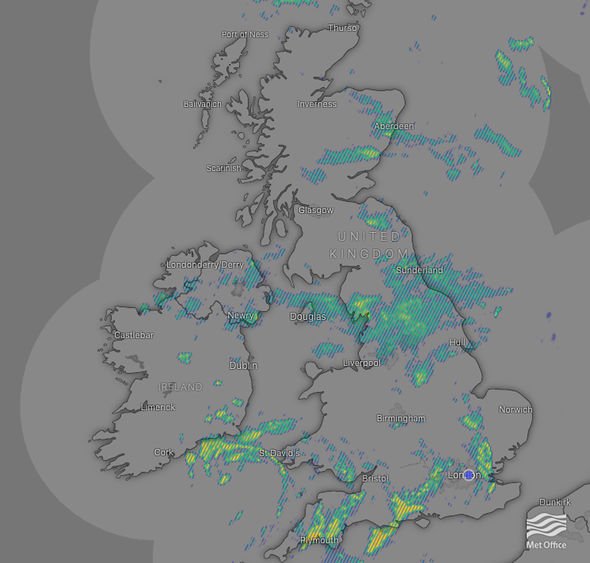 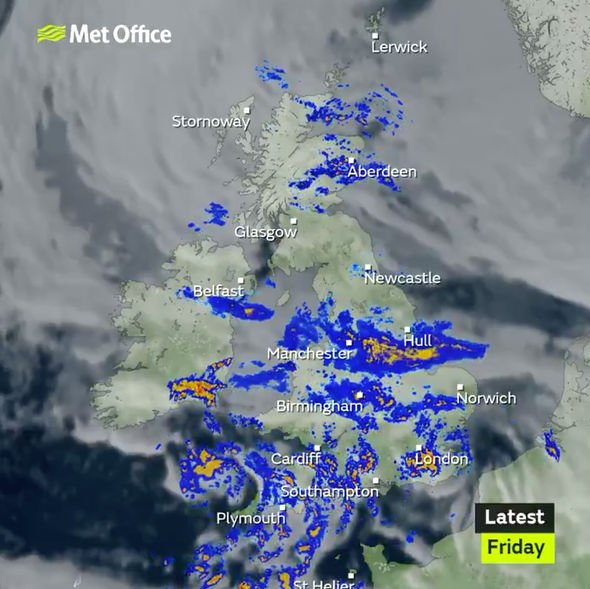 Small patches of rain are being recorded in Kent and up to Essex, with Maidstone, Chelmsford and Southend-on-Sea being affected.

The worst of the weather will take place between noon today and 6pm tomorrow.

Bands of rain and showers move northwards to affect many parts of the country through the day.

The heaviest and most persistent rain, however, is likely in the southwest.

The Met Office reports the highest rainfall could fall in Plymouth, where 22mm of rain is forecast on Friday.

The southwest will also get the heaviest rain on Saturday morning, before the northeast receives the wet weather later.

A yellow weather warning will go into effect at noon today and end at 6pm on Saturday.

During this period, people can expect delays to bus and train services, flooding and some interruption to power supplies. 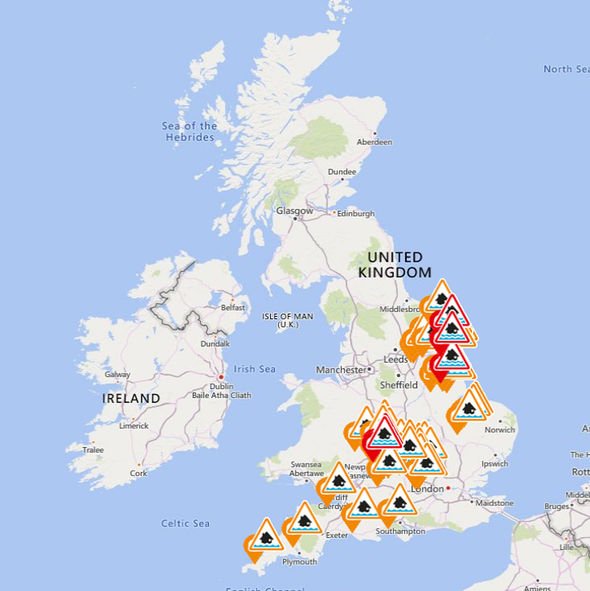 Regions and local authorities under alert:

The organisation’s flooding forecast predicts: “Local surface water and river flooding is also possible in south-west England and south-west Wales… on Friday and more widely across parts of England and Wales on Saturday and into Sunday.

“Local surface water and river flooding is also possible across parts of the south of England and possible but not expected more widely across England and Wales on Monday.

“Land, roads and some properties may flood and there may be travel disruption.”