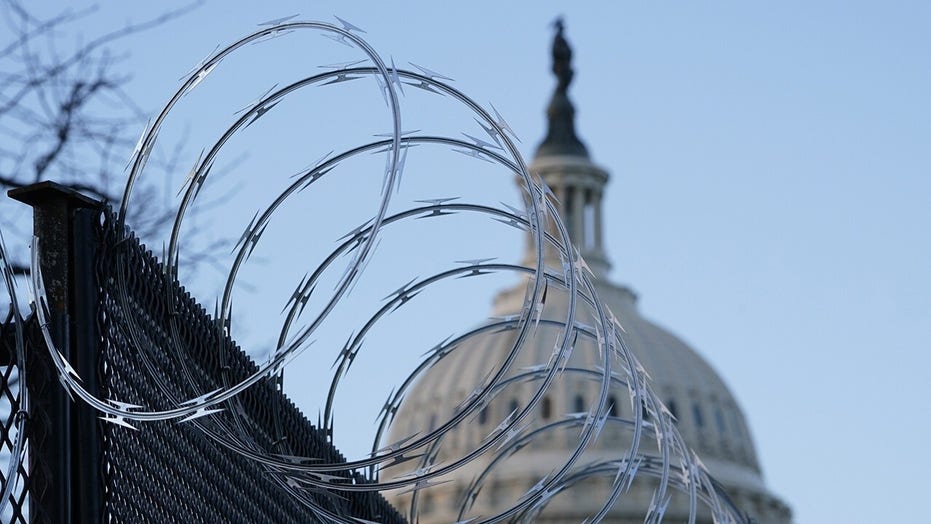 Chansley, also known as Jake Angeli, was captured in photos and videos storming the U.S. Capitol on Jan. 6 while wearing a horned bearskin headdress and face paint.

Judge Royce Lamberth said Chansley did not present any new information that had a “material bearing” on whether conditions of his release would assure he doesn’t flee. Lamberth had ordered Chansley in March to be held while awaiting trial on six federal charges relating to the insurrection, The Arizona Republic reported. 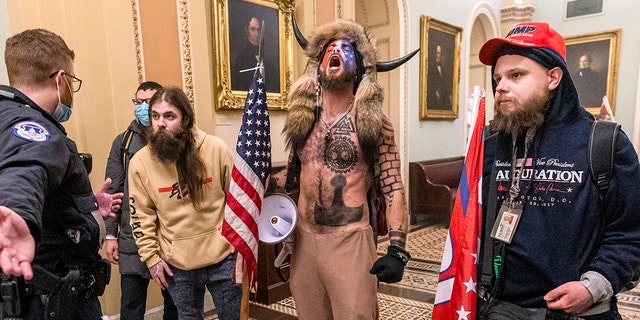 Supporters of Donald Trump, including Jacob Chansley, center with fur and horned hat, are confronted by Capitol Police officers outside the Senate Chamber inside the Capitol in Washington on Jan. 6, 2021.  (AP Photo/Manuel Balce Ceneta)

The judge stated that Chansley posed a flight risk because he showed an ability to travel across the country — even though he didn’t have a job.

Chansley’s lawyer, Albert Watkins, had argued that many of his client’s relatives lived in the Phoenix, Arizona, area and would provide an extensive support system, according to the paper.

But Lamberth said those family ties failed to ease his worries about Chansley’s ability to travel.

“As Chansley’s family connections have not prevented him from traveling undetected in the past, the court is unpersuaded that they will prevent him from doing so again in the future,” Lamberth wrote.

Chansley, 33, was arrested just three days after the Capitol riot and he unsuccessfully sought a pardon from then-President Donald Trump.

He was sent to a Colorado facility last month to undergo a court-ordered screening to see if he was mentally fit for trial, the Republic reported.

Lamberth noted that Chansley carried a spear and was among the wave of rioters during the Capitol breach.

“It’s only a matter of time, justice is coming,” Chansley wrote in a note to then-Vice President Mike Pence at the Capitol.

Chansley later penned an apology letter detailing how he and others were “having a very difficult time piecing together all that happened to us, around us, and by us.”

“We are good people who care deeply about our country,” Chansley wrote from jail.