Vladimir Putin made the bleak assessment in an interview with the country’s Mir TV channel while discussing the dozens of sanctions the US has imposed on the country. Mr Putin was speaking ahead of the G20 summit of world leaders in Osaka, Japan later this month at which he might meet US President Donald Trump. According to a Kremlin transcript obtained by Reuters, Mr Putin said: “They (our relations) are going downhill, they are getting worse and worse.

“The current administration has approved, in my opinion, several dozen decisions on sanctions against Russia in recent years.”

Mr Trump had said on Wednesday when he said he would meet Mr Putin at the G20 summit in Japan but just 24 hours earlier, the Kremlin insisted the idea for the meeting was “hanging in the air” and there had yet to be any discussions on specifics.

However, in comments sure to further infuriate Moscow, the US President also said he was considering sanctions over Russia’s Nord Stream 2 natural gas pipeline project.

He again warned Germany against being dependent on Russia for energy. 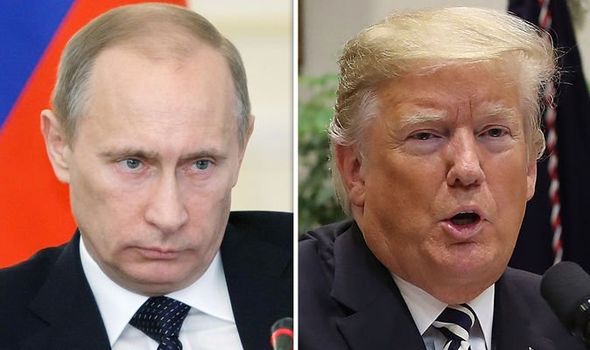 We really hope that common sense will prevail in the end

But in the interview broadcast on Thursday, Mr Putin, who has spoken out in favour of China in its intensifying trade war with the US, said he hoped for smoother ties with Washington, despite the worsening situation between the two countries.

The Russian President added: “We really hope that common sense will prevail in the end.

“That with all of our partners, including our American partners, we can reach some decisions in the framework of the forthcoming G20 that will be constructive and create the necessary stable conditions for economic cooperation.”

But Mr Putin’s words of encouragement didn’t appear to last long, with Russia warned it could be forced to retaliate after a new U.S. military deployment to Poland announced by Mr Trump. 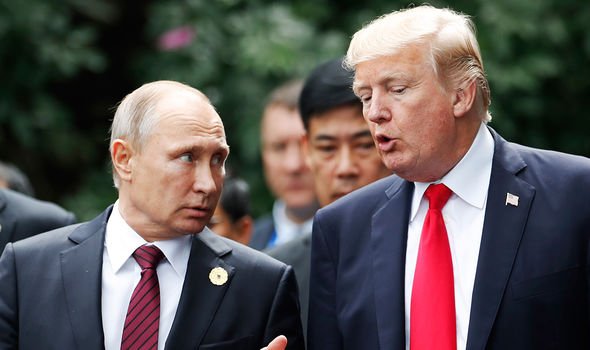 The US President pledged to Polish counterpart Andrzej Duda on Wednesday that he would deploy 1,000 U.S. troops to Poland, a step sought by Warsaw to deter potential aggression from Russia.

But Russian politicians have reacted furiously, with Vladimir Dzhabarov, deputy head of the upper house of parliament’s international affairs committee, issuing a stern warning over any aggression.

He told the Interfax news agency: “In the event of any conflict, God forbid, the territory of Poland would become a clear target for a retaliatory strike.”

Vladimir Shamanov, ex-commander of Russia’s special forces who now runs the lower house of the Parliament’s defence committee, said he was concerned about US drones because of their potential to carry nuclear weapons.

He warned: “We will be forced to take retaliatory measures and we have them in our armoury.”