BEIRUT (Reuters) – Tens of thousands of angry protesters blocked roads, burned tires and marched across Lebanon for a second day on Friday, demanding the removal of a political elite they accuse of looting the economy to the point of breakdown.

Addressing protesters, Prime Minister Saad al-Hariri blamed his rivals in government for obstructing reforms that could have resolved the economic crisis and gave them a 72-hour deadline to stop blocking him, otherwise he hinted he may resign.

He said Lebanon was going through an “unprecedented, difficult time”.

Lebanon’s biggest protests in a decade are reminiscent of the 2011 Arab revolts that toppled four presidents. They have brought people from all sects and walks of life on to the streets, holding banners and chanting slogans calling on Hariri’s government to resign.

“There are those who placed obstacles in front of me since the government was formed, and in the face of all the efforts that I have proposed for reform,” Hariri said, without naming names.

“Whatever the solution, we no longer have time and I am personally giving myself only a little time. Either our partners in government and in the nation give a frank response to the solution, or I will have another say.

At sunset, protesters poured through the villages and towns of Lebanon’s south, north and east as well as the capital Beirut. No political leader, Muslim or Christian, was spared their wrath.

Across the country, they chanted for leaders, including President Michel Aoun, Hariri and Parliament Speaker Nabih Berri, to step down.

The mood was a mixture of rage, defiance and hope.

A security source said two protesters were killed and four wounded after the bodyguards of a former member of parliament fired into the air in the northern city of Tripoli.

Fires burned in the streets of Beirut. Pavements were littered with broken glass and torn billboards. Demonstrators came close to Aoun’s palace in Baabda.

“Any alternative to the current government would be far worse and might lead the country into catastrophe and strife,” said Bassil, dismissing calls for the administration to resign.

The latest unrest was prompted by anger over inflation, new tax proposals including a fee on WhatsApp voice calls, and the rising cost of living.

In an unprecedented move, Shi’ite protesters also attacked the offices of their deputies from Lebanon’s influential Hezbollah group and the Amal movement in southern Lebanon. 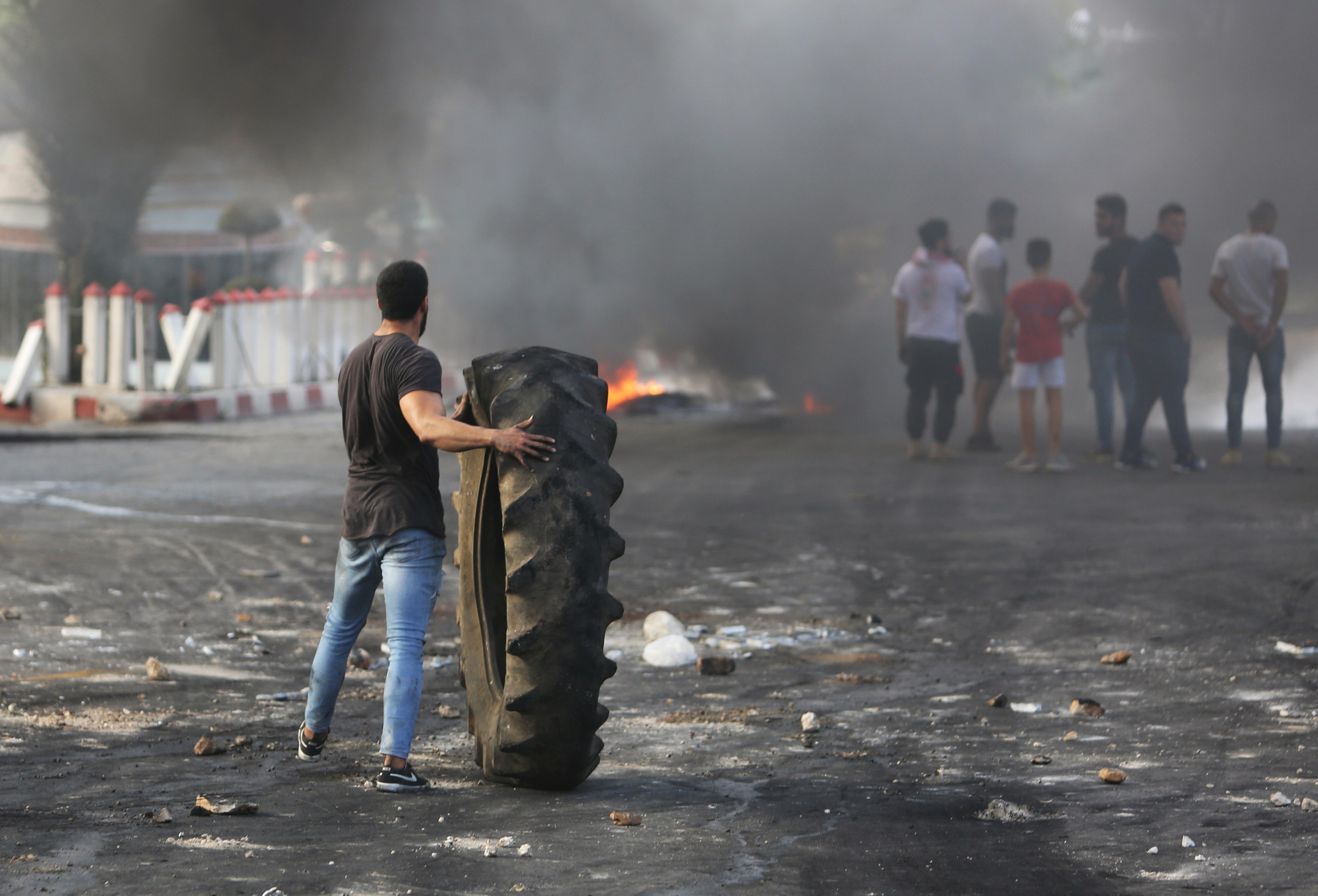 “We came to the streets because we can no longer bear this situation. This regime is totally corrupt,” said Fadi Issa, 51, who was marching with his son. “They are all thieves, they come to the government to fill their pockets, not to serve the country.”

The demonstrations follow warnings by economists, investors and rating agencies that indebted Lebanon’s economy and graft-entrenched financial system are closer to the brink than at any time since the war-torn 1980s.

“DOWNFALL OF THE REGIME”

“The people want the downfall of the regime,” protesters near the government’s Serail headquarters chanted, echoing “Arab Spring” slogans.

The unrest prompted Hariri to cancel a cabinet meeting due on Friday to discuss the 2020 draft budget.

“Our demand is to stop the salaries of all parliamentarians, prime minister and ministers,” one banner read. “They are looters, down with them.”

Fatima, a dentist, said: “We are protesting against the politicians to force them to give back the money they stole and put it back at the service of the people. If it wasn’t for their corruption there would be no economic crisis.”

In a country fractured along sectarian lines, the unusually wide geographic reach of these protests highlights the deepening anger of the Lebanese. The government, which includes nearly all of Lebanon’s main parties, has long failed to implement reforms that are vital to resolve the crisis. 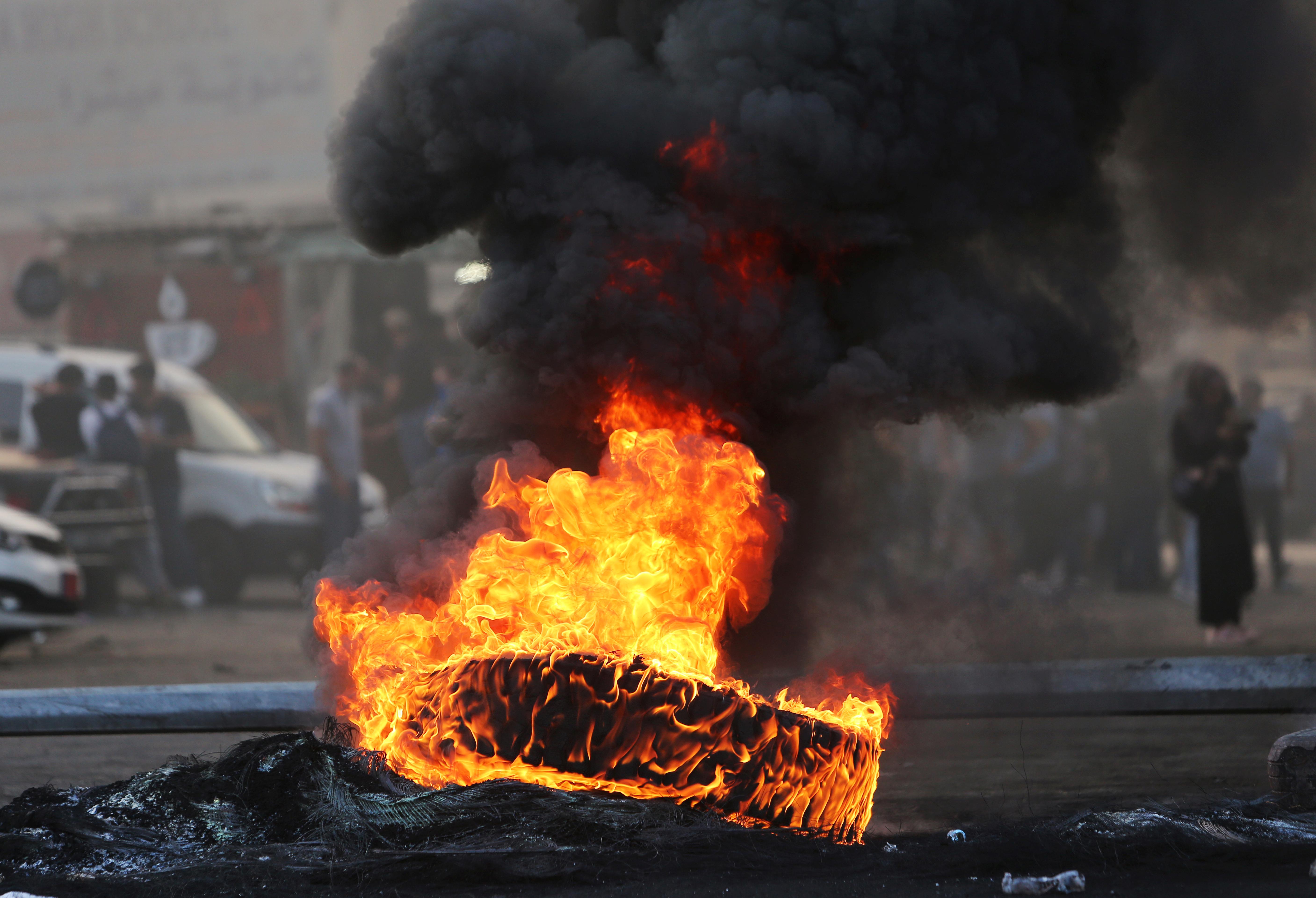 Christian politician Samir Geagea and Druze leader Walid Jumblatt, whose parties both have ministers in the coalition cabinet, have called on the government to resign.

Shattered by war between 1975 and 1990, Lebanon has one of the world’s highest debt burdens as a share of its economy. Economic growth has been hit by regional conflict, and unemployment among the under-35s runs at 37%.

The steps needed to fix the national finances have long proven elusive. Sectarian politicians, many of them civil war militia leaders, have used state resources for their own political benefit and are reluctant to give that up.