A PRIMARY school tweeted that Piers Morgan was an "obnoxious, ignorant, fascist pig" after his appearance on Question Time last night.

The shocking insult was tweeted from the official Twitter account of Gowerton Primary School in Swansea, Wales, at around 11pm yesterday. 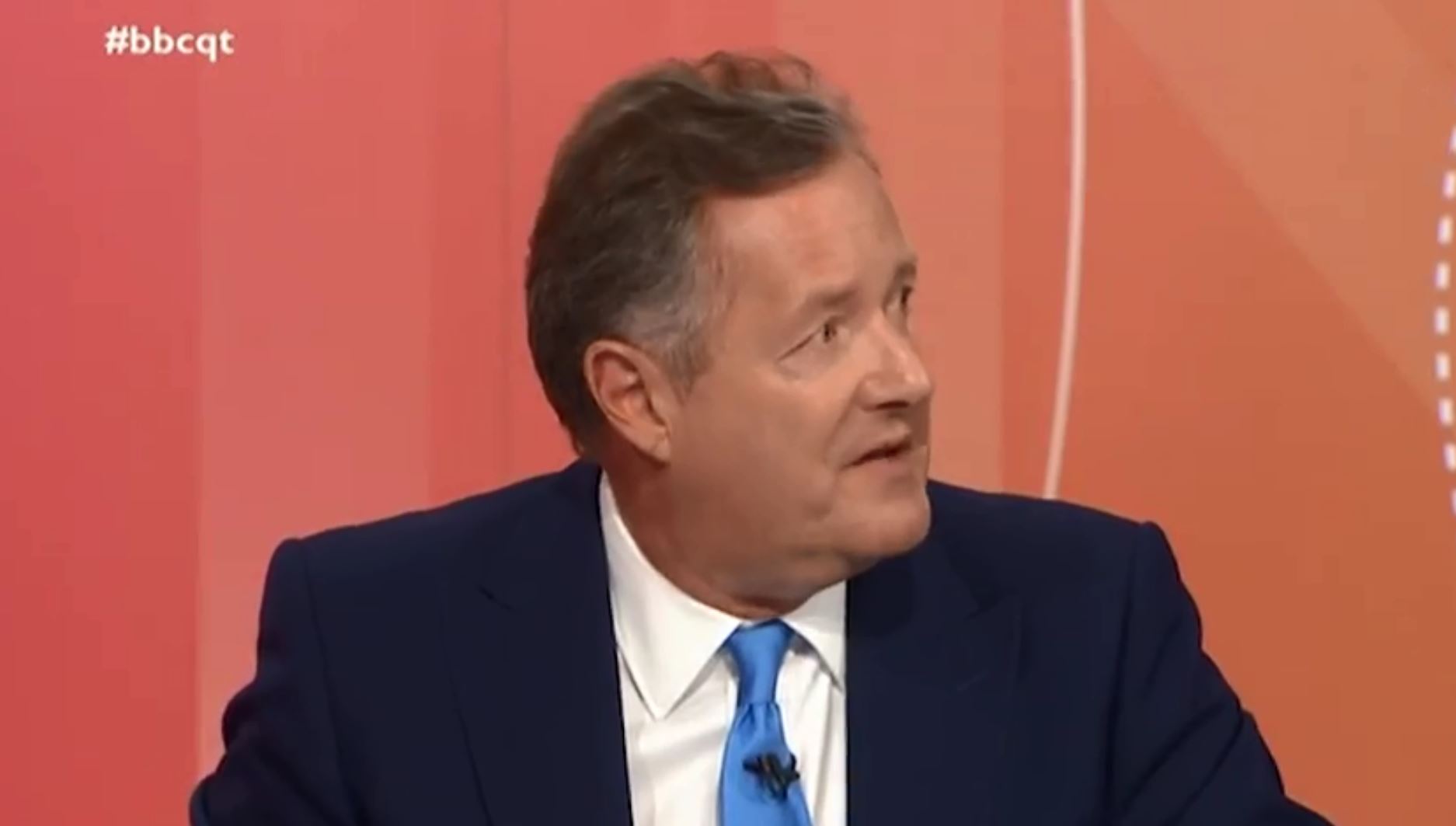 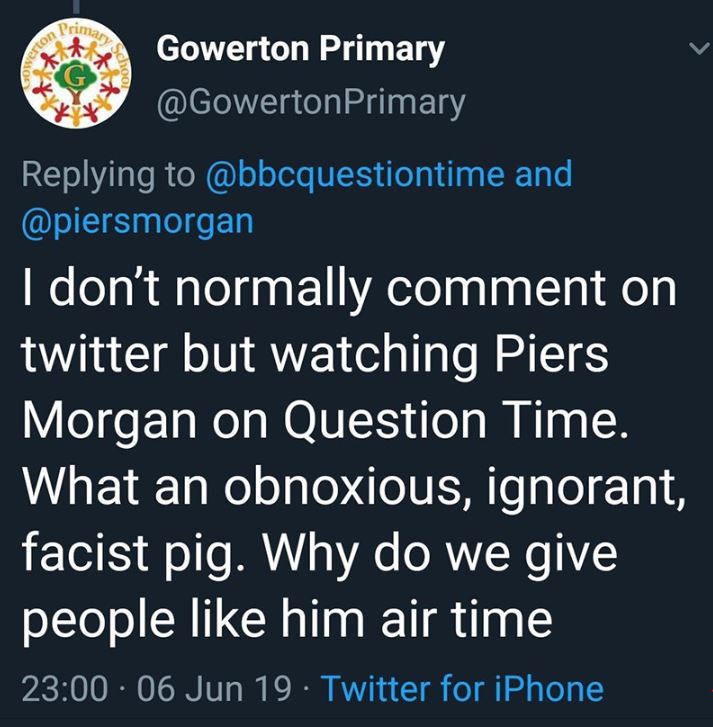 Donald Trump and Brexit were among the topics debated on the BBC show.

The school tweeted: "I don't normally comment on twitter but watching Piers Morgan on Question Time. What an obnoxious, ignorant, facist pig. Why do we give people like him air time."

But Piers hit back at the school, despite the tweet being quickly deleted.

A spokesperson for the school has apologised for the situation, which was referred to as human error and said that it was being investigated.

Before the account, which was set up in November 2010, was deleted it had tweeted more than 17,000 times and shared images of children taking part in activities and on trips.

"Someone will be in trouble with the head tomorrow, unless it was the head!"

A second added: "Someone forgot which account they were tweeting from."

A third tweeted: "I think someone commented on the Gowerton Primary account rather than their personal account, maybe the head should have a word as they can't spell 'fascist'."

Debbie Roberts, acting headteacher of the school, told The Mirror: "The tweet doesn't reflect the values of the school in any way.

"I would like to send deep apologies to Piers Morgan. We're looking into how it happened.

"I just hope this doesn't snowball any further. I would think everybody would understand it is human error."