Many people announce a pregnancy at a meal, surrounded by adoring family members.

But this couple went for something slightly different.

As the husband did the hot pepper chocolate challenge with his cousin, the wife whispered the ground-breaking news in the cousins ear.

Hilarious video captures the moment he tries to respond, shouts for their mother and then jumps around the room while retching on a mouthful of spice.

The family announcement was filmed in Livonia, Michigan. 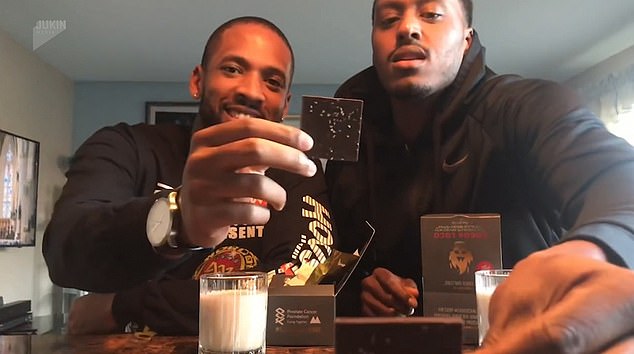 A couple decided to spice up their pregnancy announcement by doing it during the hot pepper chocolate challenge. (Pictured) The husband (left) and his cousin 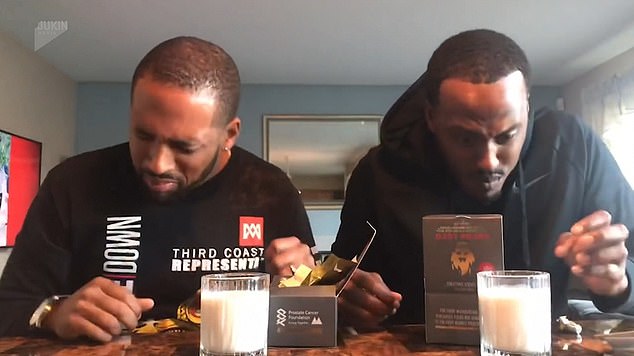 In the video, the husband and cousin put a whole hot pepper chocolate in each of their mouths before reeling from the effects.

Both start choking and retching before they gulp down milk to try to stave off the effects.

Then, as the pair continue spluttering, the wife leans forward and whispers in the cousin’s ear.

‘Yes for real,’ says the husband before gasping for more air. 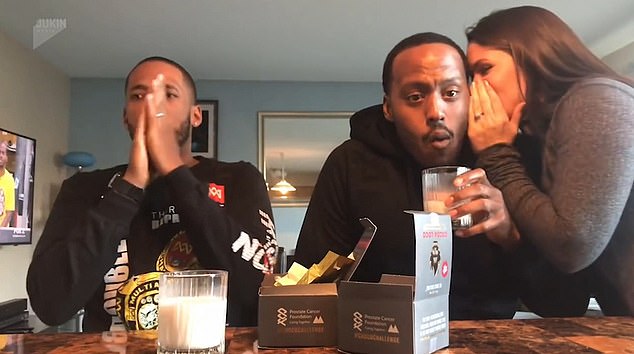 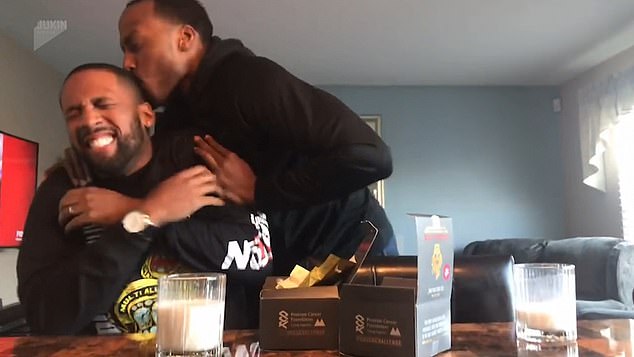 Despite the spice-hangover the cousin jumps up to celebrate and immediately calls his mum at their home in Livonia, Michigan 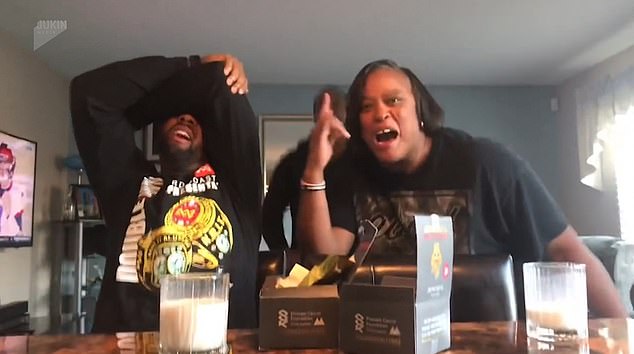 The mum (right) then charges in shouting ‘I’m going to be a granny!’ and hugs her son before saying ‘I’m so so happy for you!’

Shouts of jubilation are then heard off camera as the mother finds out she’s about to be a granny as the cousin jumps up and down both with excitement and pain from the chilli chocolate.

The mother then appears and hugs her son, saying: ‘I’m so so happy for you! I’m so happy!’

The hot pepper chocolate challenge is where contestants attempt to eat the world’s spiciest chocolate bar.

They also have to film the endeavour for a chance to win a year of hot sauce.

What is the hot pepper chocolate challenge?

Contestants are challenged to try and eat the world’s spiciest mini chocolate bar and film their reaction.

Once someone enters the competition they are sent a box containing their mystery chocolate – which could be the rumoured hottest in the world, the aptly-named black reaper

They then have to eat the chocolate, record their reaction and post it online.

The competition’s founders, Fuego spice company, said they will then randomly select five winners who will get a year’s supply of hot sauce.