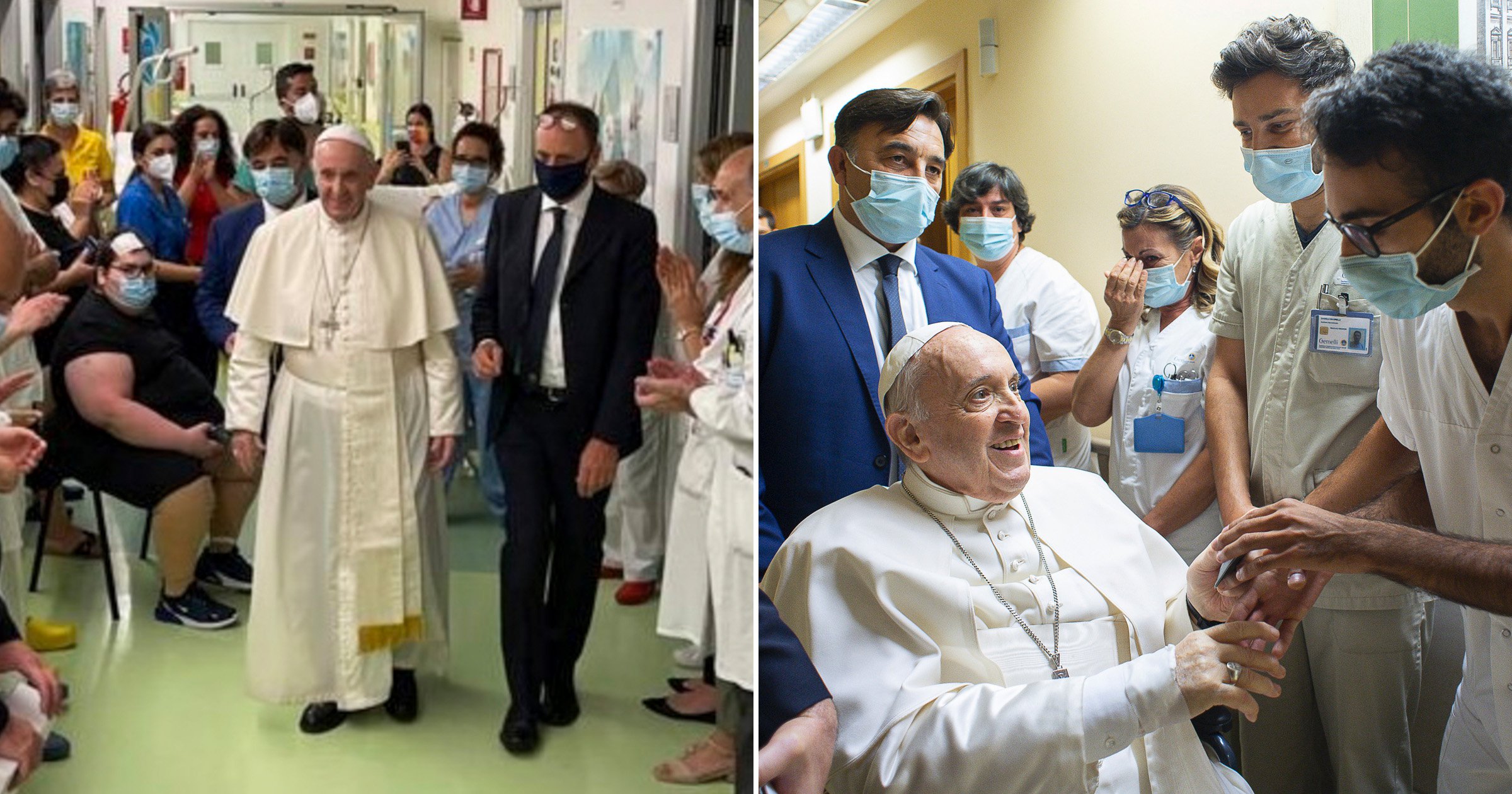 Pope Francis was seen leaving the hospital today, 10 days after undergoing planned surgery to remove half his colon.

Francis had half of his colon removed for a severe narrowing of his large intestine on July 4, his first major surgery since he became Pope in 2013.

It was a planned procedure, scheduled for early July when the Pope’s audiences are suspended anyway and Francis would normally take some time off.

The Vatican had originally said he could be released from hospital by the weekend, but later announced he was staying a few days longer.

As he recovered in hospital yesterday, Francis visited young cancer patients at the hospital’s paediatric ward.

He was pictured smiling and standing as he patted the children on their heads while their parents held them.

The Argentine Pope made his first public appearance on Sunday, exactly one week after undergoing surgery.

He looked in good form as he delivered his weekly prayer from the 10th floor hospital balcony, surrounded by young cancer patients. He used the occasion to call for free health care for all.

The Vatican said Francis was praying especially for people who are bedridden and cannot return home.

It added in a statement: ‘May they live this time as an opportunity, even if experienced in pain, to open themselves with tenderness to their sick brother or sister in the next bed, with whom they share the same human frailty.’

Francis had part of one lung removed when he was a young man but has otherwise enjoyed relatively robust health.

This is a breaking news story – more to follow.