The Pope has hit out at what he branded today’s “culture of insults” with social media firmly in his sights.

The pontiff, whose own official Twitter account @Pontifex has 18 million followers, told worshippers at the Vatican that “nowadays it is fashionable to hurl adjectives”, and urged people to respond “to malice with goodness”.

In his homily during Pentecost mass in St Peter’s Square, Pope Francis noted that “the more we use social media, the less social we are becoming”.

Warning of the dangers of the online echo chamber, the head of the Roman Catholic Church highlighted the temptation to cling to “our little group, to the things and people we like”, cautioning that it was only a “small step from a nest to a sect, even within the church”. 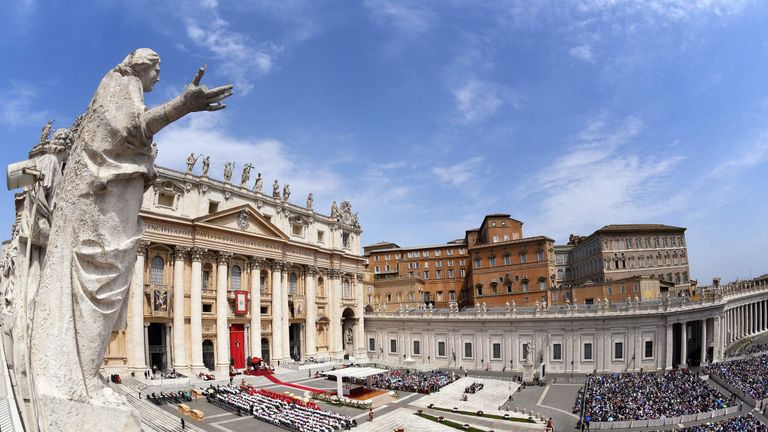 Pope Francis also said the Catholic Church risked becoming a mere organisation with propaganda as its mission instead of a drive to foster joy and harmony.

The papal intervention comes amid continuing concern over the threat posed by social media to people’s mental health, including anxiety and depression.

Globally, more than five billion people are signed up to one or more of the “Big 5” social media platforms.

These platforms are facing growing scrutiny from governments and users around the world over issues like addiction, data misuse and enabling fake news.

The tech firms themselves have said they are working to tackle some of the biggest concerns to make their sites friendlier and healthier places to be.

Last year, the Royal Society For Public Health (RSPH) said getting young people to cut down on their social media use was as important as other health campaigns around smoking and drinking.