BANGKOK (Reuters) – U.S. Secretary of State Mike Pompeo said he would encourage Washington’s two biggest Asian allies Japan and South Korea “to find a path forward” from their diplomatic row when he meets their foreign ministers in Bangkok this week. 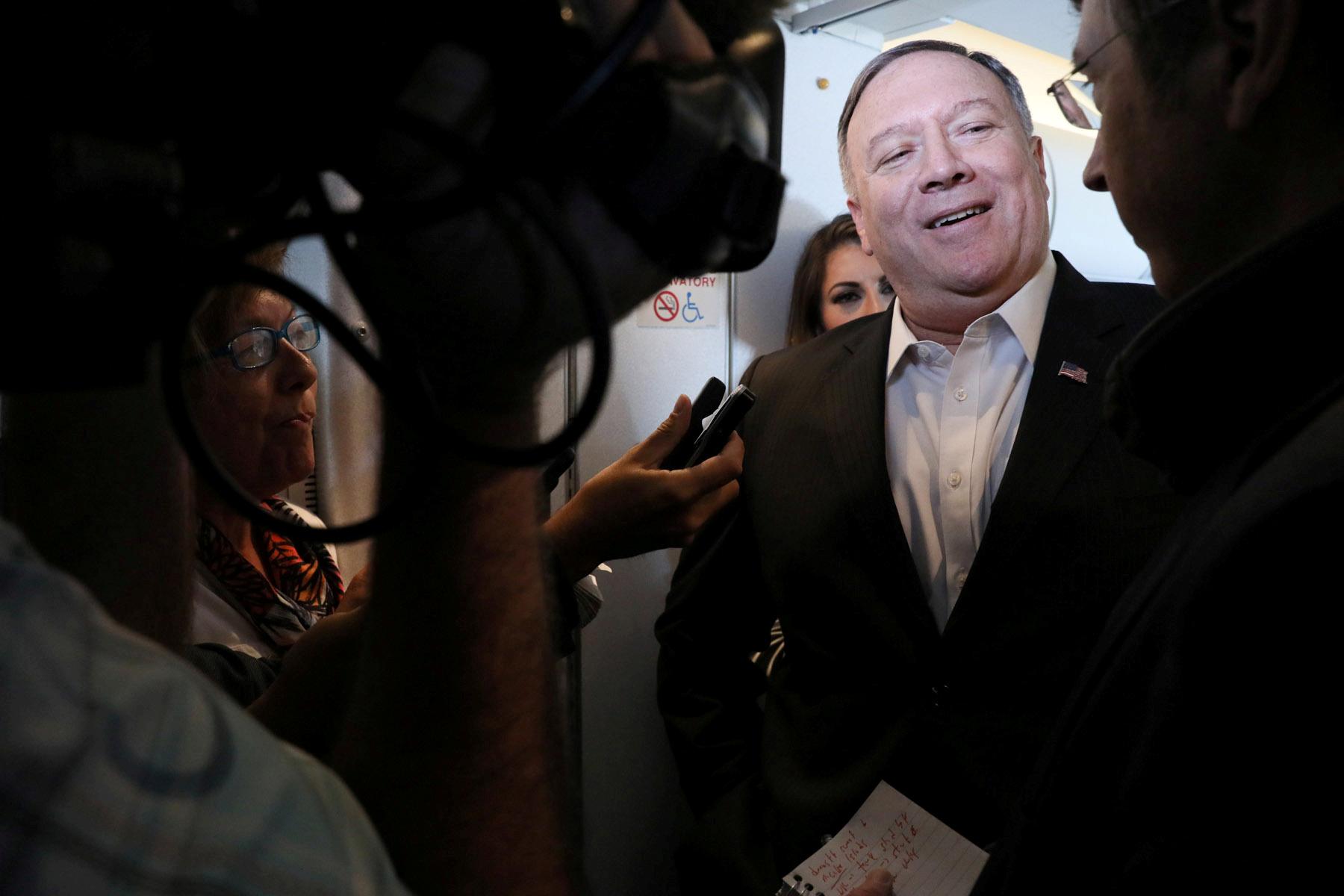 Relations between Japan and South Korea are arguably at their lowest ebb since they normalized ties in 1965, with both sides threatening trade actions which could disrupt the global supply of semiconductors..

Japan has already tightened restrictions on some high-tech materials in what is seen as a response to South Korean court rulings ordering Japanese compensation for wartime forced laborers.

Pompeo was due to meet the foreign ministers of Japan and South Korea separately and then in a three-way discussion on the sidelines of the Association of Southeast Asian Nations Regional Forum in Bangkok, Thailand.

“We will encourage them to find a path forward,” Pompeo told reporters on Tuesday aboard the plane en enroute for Bangkok.

“They’re both great partners of ours. They’re both working closely with us on our effort to denuclearize North Korea. So if we can help them find a good place for each of the two countries we’ll certainly find that important for the United States.”

A South Korean court ruled last year that Japanese companies had to pay compensation to South Koreans forced to work in Japanese factories during Japan’s occupation of the Korean peninsula from 1910 to 1945.

But the curbs were also seen as retaliation against last year’s ruling by the South Korean Supreme Court. Japan says the court’s decisions violate international law because compensation was settled under the 1965 treaty.

South Korea is bracing for Japan’s decision to drop it from a “white list” of countries that enjoy minimum trade restrictions, which could come as soon as Friday, Seoul’s foreign minister said on Tuesday.