Police have killed a dog that went on the rampage and mauled two people in a residential street.

Officers from Greater Manchester Police (GMP) rushed to Morley Street in Rochdale at around 9.30pm last night as the out-of-control animal attacked members of the public.

The force said two people had been bitten by the dog – their injuries are not thought to be serious.

It added that due to the number of people in the area and the dogs ‘aggressive manner’, officers were forced to put it down ‘as a safety precaution’.

In a statement, a GMP spokesperson said today: ‘At around 9.30pm last night (Friday 6 August), police were called to reports of a dog loose on Morley Street, Rochdale. 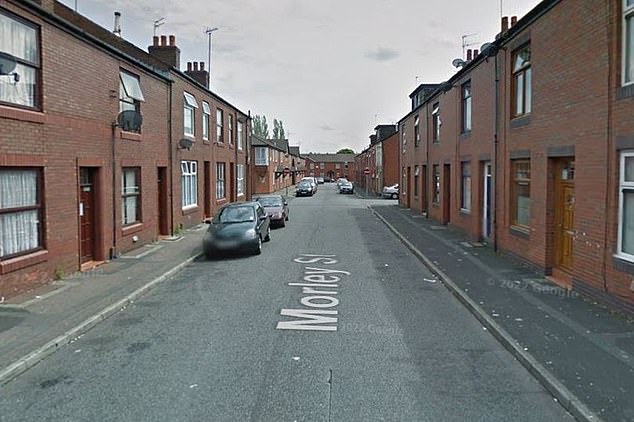 ‘Officers attended and found that two members of the public had been bitten by the dog who was acting in an aggressive manner.

‘Unfortunately, due to the nature of the incident, the dog was humanely destroyed as a safety precaution due to the number of people in the area and the injuries caused.

‘Enquiries are ongoing. No serious injuries were reported.’

The incident happened in the same town where a three-year-old boy was mauled to death by a dog only months ago.

Daniel Twigg was savaged by a dog while playing outside a house in Milnrow, less than four miles away from this incident, on May 15, this year.