A PLAYFUL sea lion gets all starry-eyed — as nature is captured in all its glory.

The creature was pictured toying with the starfish in the water off Hornby Island in Canada. 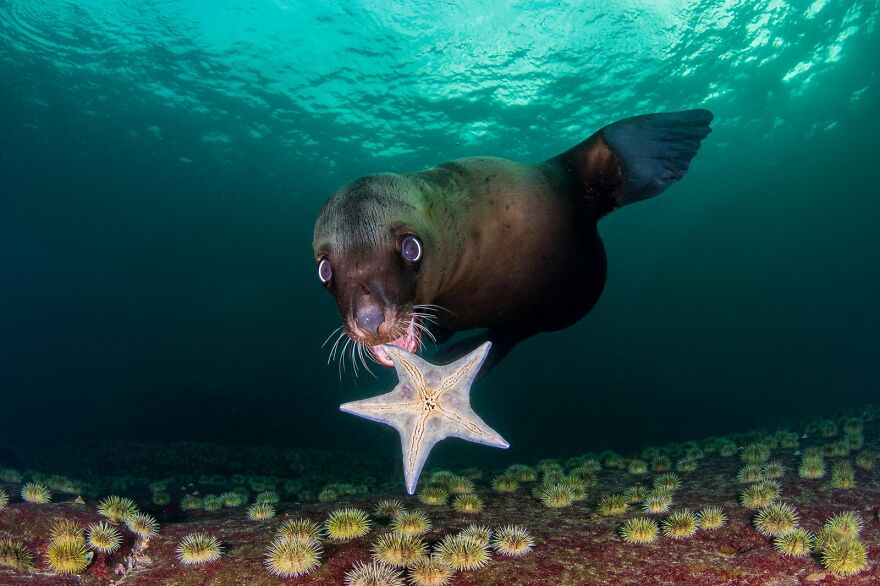 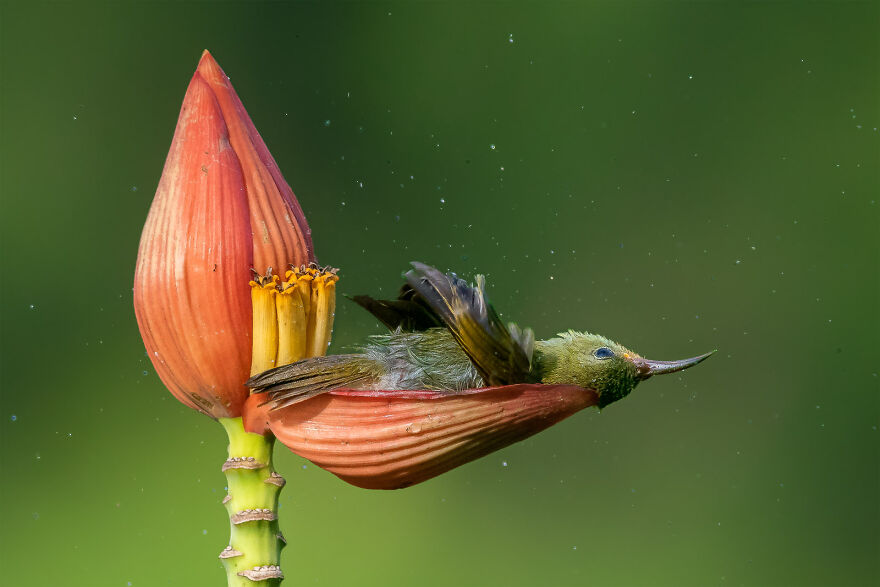 Another award-winning shot shows a crimson sunbird bathing in a petal’s dewdrops in India. 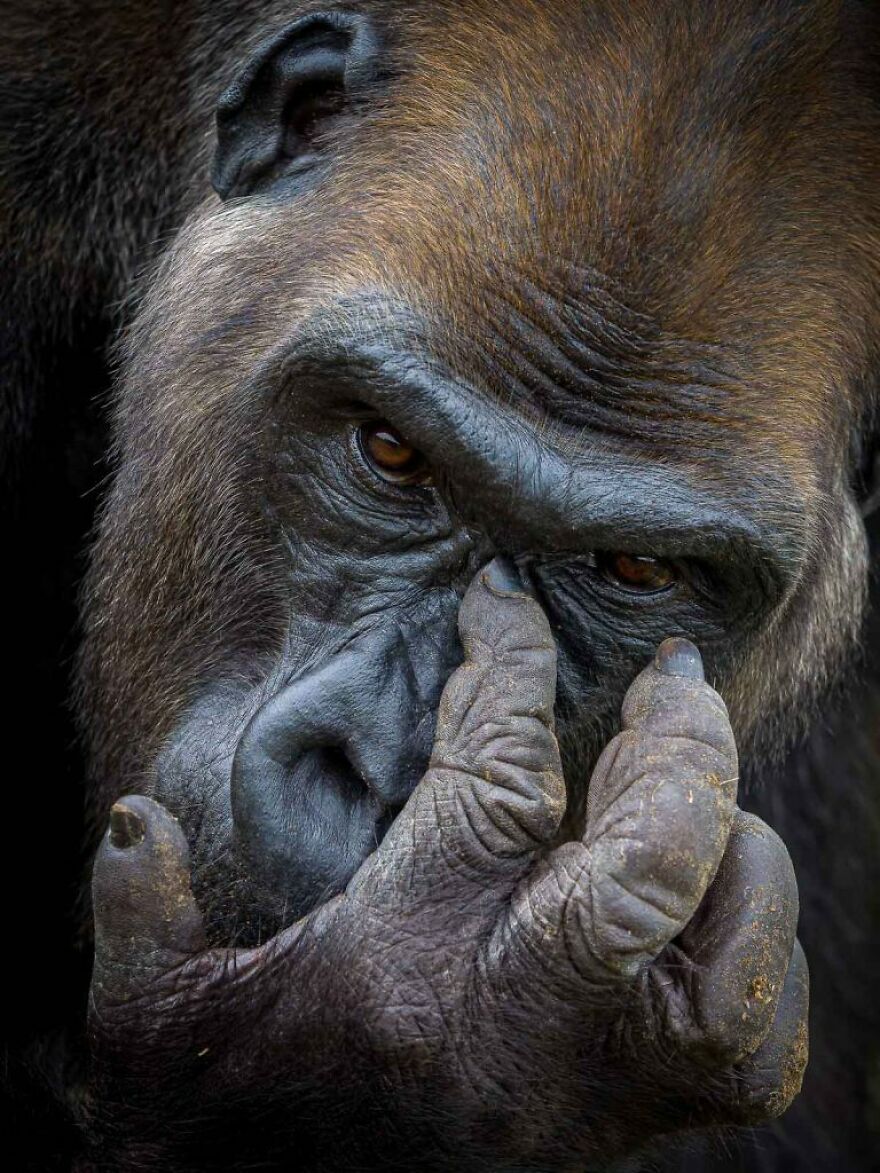 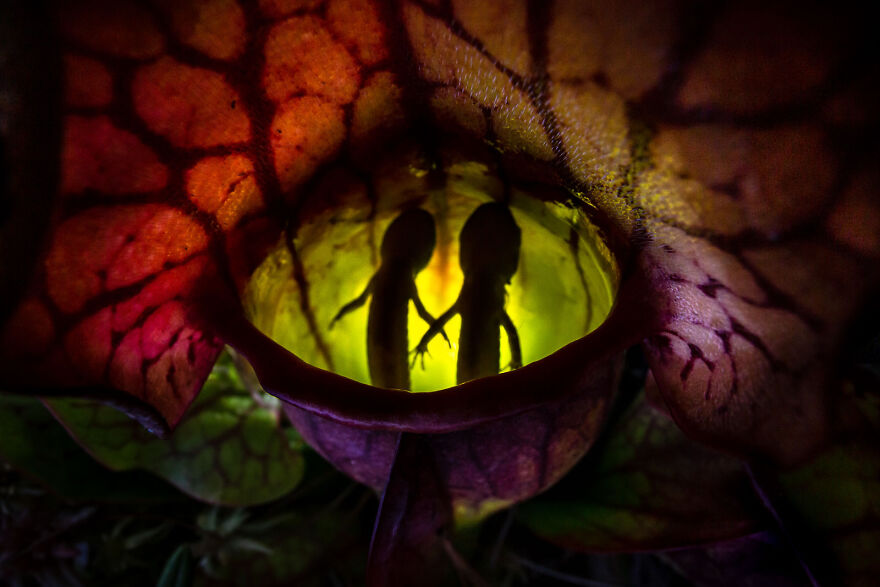 Gorilla Kangua, formerly of London Zoo, was also seen scratching his face at his new home in the Republic of Congo.

In another photo, by Samantha Stephens juvenile spotted salamanders are captured trapped by northern pitcher plants which slowly digest the amphibians.

While the final photo, below, may appear to be a sinister UFO, it actually shows a manta ray. The filter feeders found in the Maldives sustain their huge size by consuming large amounts of plankton and small crustacean. 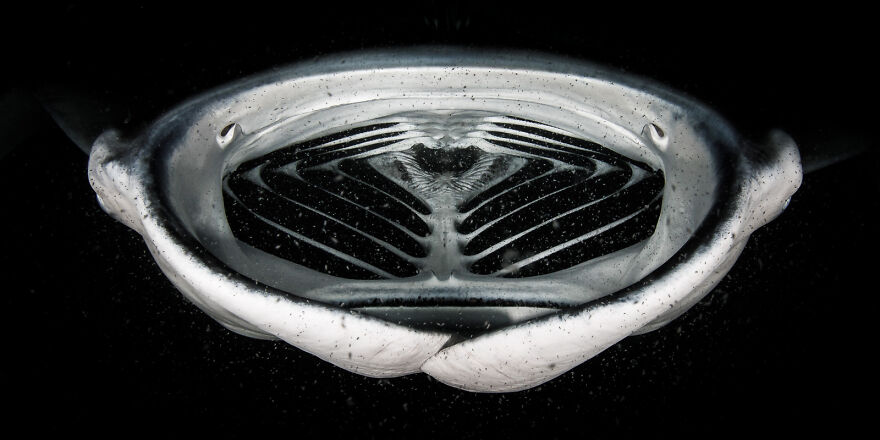