PIERS Morgan has slammed students' complaints that a GCSE question about calories could trigger those with eating disorders.

The Good Morning Britain presenter said that the country was "going completely bonkers" after a recovering anorexic left the exam. 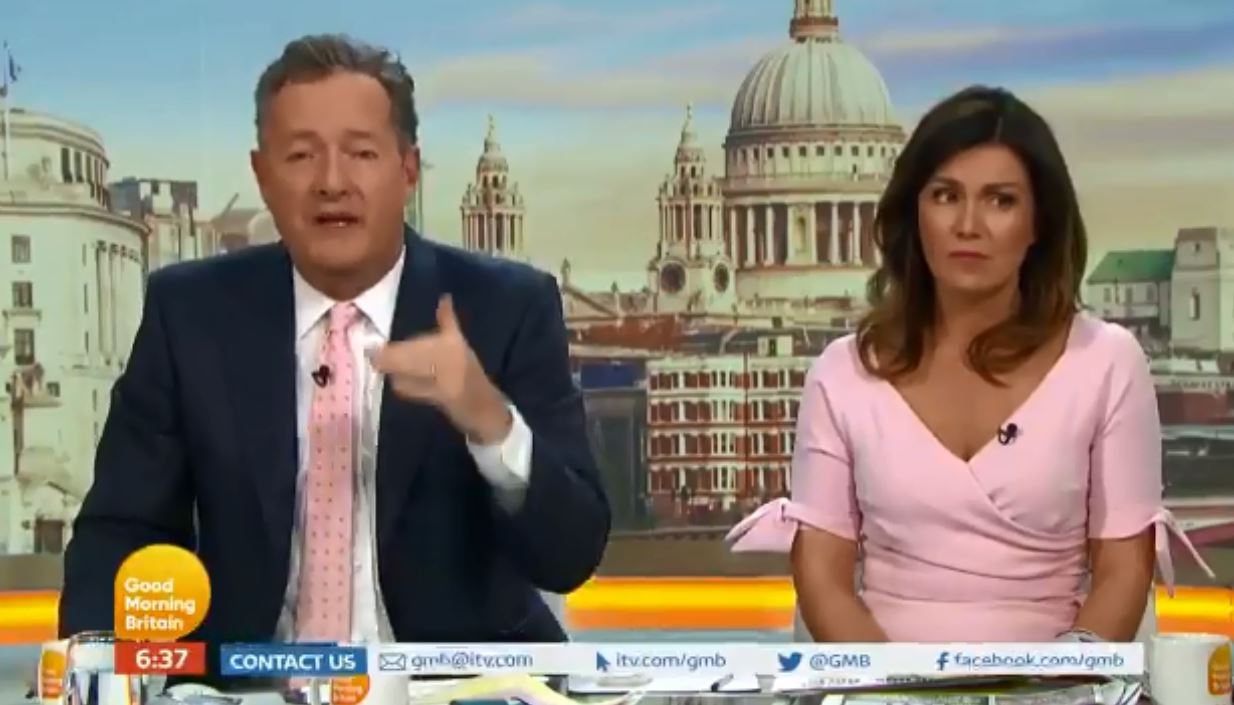 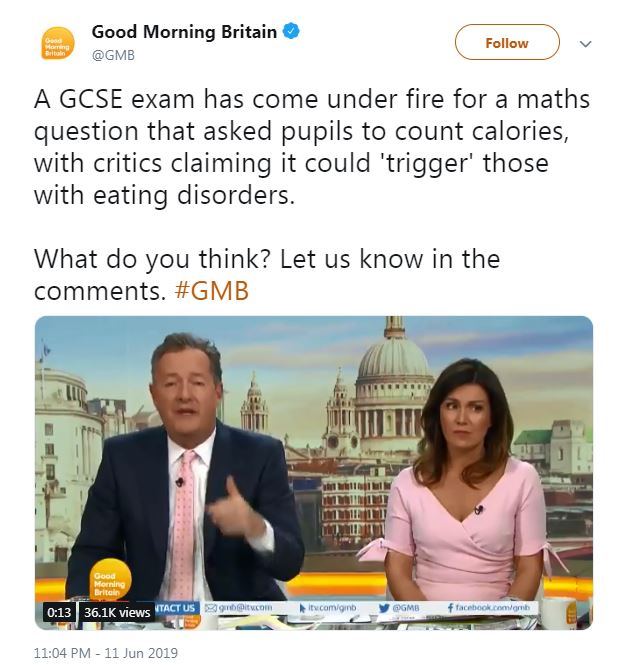 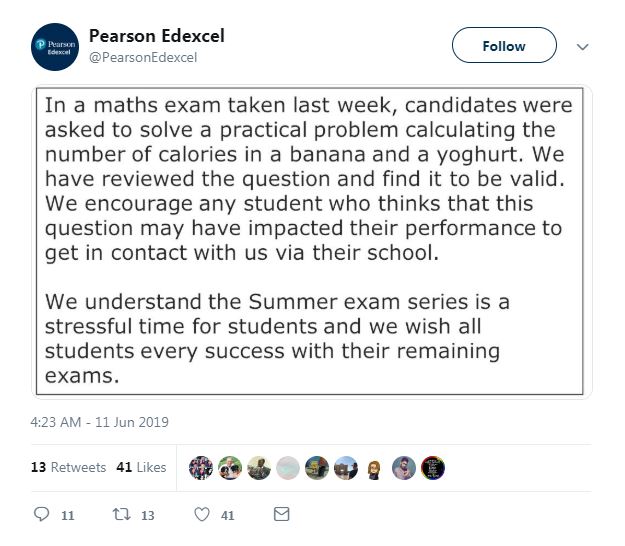 "Can we no longer be allowed to ask a question that involves the word calorie, as a maths question, because it may trigger mental health disorders?

"This country is going completely bonkers."

Susanna Reid, who desperately tried to interject throughout his rampage was silenced by the furious presenter who shouted: "I don't care about her point."

She said: "I think the point is we should care about people with eating disorders who get upset about stuff."

With his head in his hands, Piers fumed: "You know what? No. We don't rewrite the entire maths paper which has a perfectly reasonable question because somebody may have a trigger moment."

His view received various responses on social media, with floods of people agreeing with him and sending pictures of snowflakes.

What was the question?

Priti has 60g of banana and 150g of yogurt for breakfast.

Work out the total number of calories in this breakfast.

But others highlighted the severity of eating disorders and how a question of that nature could send them into a spiral of panic.

Calories and food consumption is an incredibly sensitive topic for those suffering with eating disorders or recovering from them.

Their mind may then become preoccupied due to their illness, resulting in them becoming distracted from the exam.

One woman wrote: "A girl called 'pretty' was counting her calories after eating a banana and the kids had to work out how much she had eaten…My sister is a recovering anorexic who had to leave the exam due to this."

Another pupil added: "One of the questions in my maths exam triggered me.

"It was about calories and I just want to cry because of how low I've been feeling about my body."

Poppy Willow said: "Can I ask ask what on earth you were thinking by having a question around counting calories? Your exams are primarily taken by 15 to 20-year-olds, who are also the age group most likely to suffer from eating disorders."

My sister is a recovering anorexic who had to leave the exam due to this.

Defending the question, Pearson which owns the Edexcel board that set the exam said on Twitter: "In a maths exam taken last week, candidates were asked to solve a practical problem calculating the number of calories in a banana and a yoghurt.

"We have reviewed the question to find it to be valid. We encourage any student who thinks that this question may have impacted their performance to get in contact with us via their school.

"We understand the summer exam series is a stressful time for students we wish all students every success with their remaining exams."

One teacher responded to the tweet and showed a table that they had used with two women's names and then a week-by-week comparison of how many pounds lost.

She said: "It can be daunting to use sensitive contexts in maths but I believe it can be of value and we have a lot to learn from other subject teachers that do this all the time."

Last week the exam board apologised after complaints about a passage of HE Bate's novel The Mill in a GCSE English language paper.

Students complained that the unseen text was taken from a book where a character becomes pregnant after she was raped by her employer and sacked from her job.

The passage made no reference to the rape.