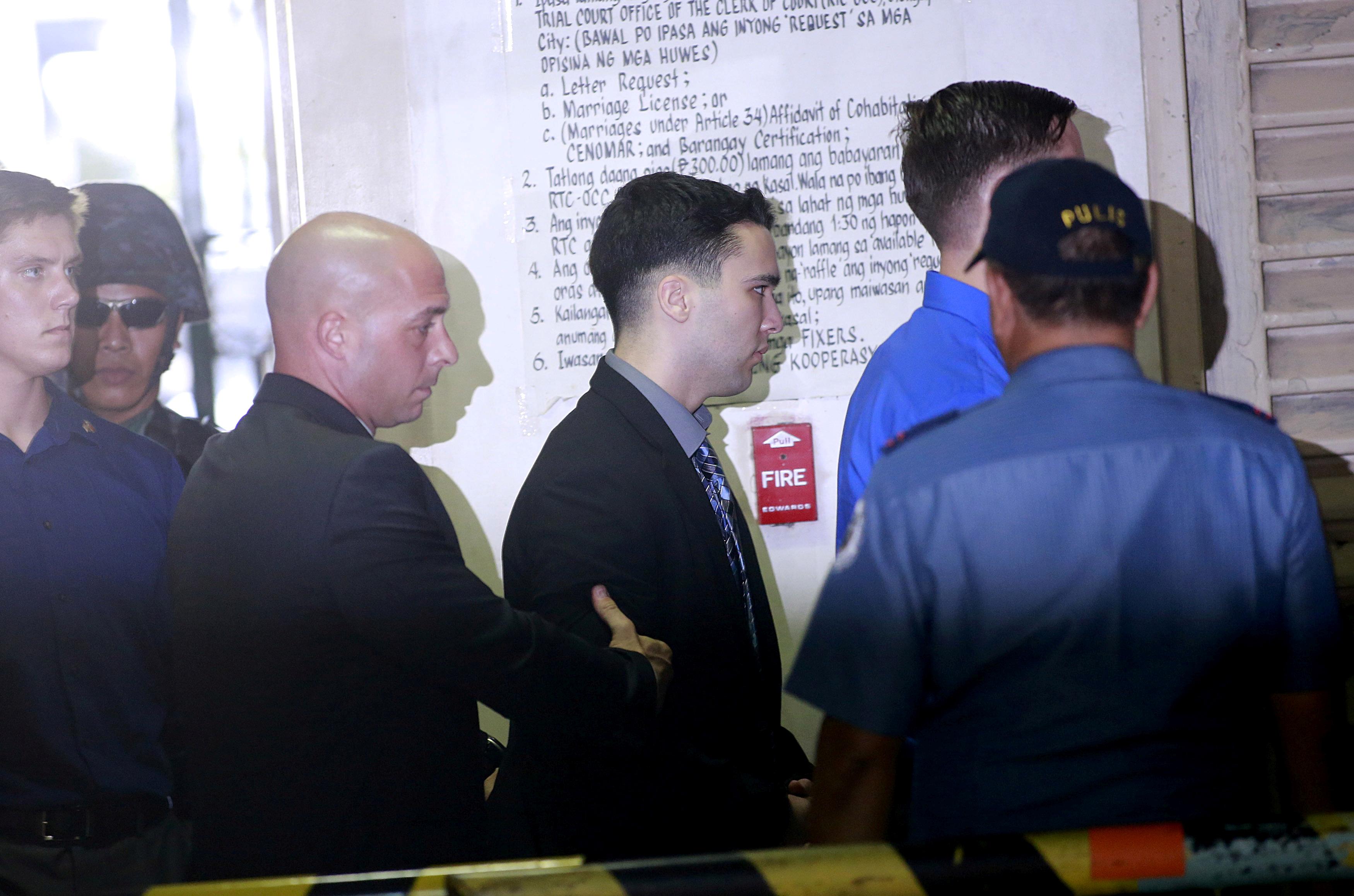 MANILA (Reuters) – Philippine President Rodrigo Duterte’s decision to pardon a United States Marine convicted of killing a transgender woman nearly six years ago may have stemmed from his desire to get access to coronavirus vaccines being developed by U.S. firms, his spokesman said on Thursday.

“His decision didn’t surprise me. Why? Because I know he is upholding the higher national interest”, Harry Roque said in a regular news briefing when asked to give his “personal take” on the president’s move.

Duterte on Monday pardoned Lance Corporal Joseph Scott Pemberton who was serving a six- to 10-year sentence for killing Jennifer Laude near a former U.S. navy base in 2014, sparking condemnation from activists who described the move as a “mockery of justice”.

Roque, who served as lawyer in the prosecution of Pemberton, had likened Laude’s killing to the “death of Philippine sovereignty”.

“I think this pardon, although this is my personal opinion, was to ensure Filipinos would benefit from a vaccine against COVID-19 should the Americans develop one,” Roque said. “I don’t see any problem with that”.

The Philippines, among a number of developing countries with large populations keen to secure a supply a COVID-19 vaccine, met with representatives of U.S. drugmaker Pfizer Inc last week.

U.S. public health officials and Pfizer said a COVID-19 vaccine could be ready for distribution in the United States as soon as next month

Duterte has pledged that the country, which has the most coronavirus infections and second largest number of COVID-19 deaths in Southeast Asia, would be “back to normal” by December, pinning his hopes on access to affordable vaccines from countries like China and Russia.

The Southeast Asian nation, which has more than 248,000 confirmed COVID-19 cases, plans to buy 40 million doses worth $400 million for 20 million people, about a fifth of its 107 million population.