People who bought drones before December 31 must register their device or face a £1,000 fine

Every camera drone in the country will have to register their devices for the first time under new regulations, or face a £1,000 fine.

If a drone owner fails to register could be slapped with a fine of £1,000.

Also, if a drone is heavier than 250g then it already has to be registered with the CAA. 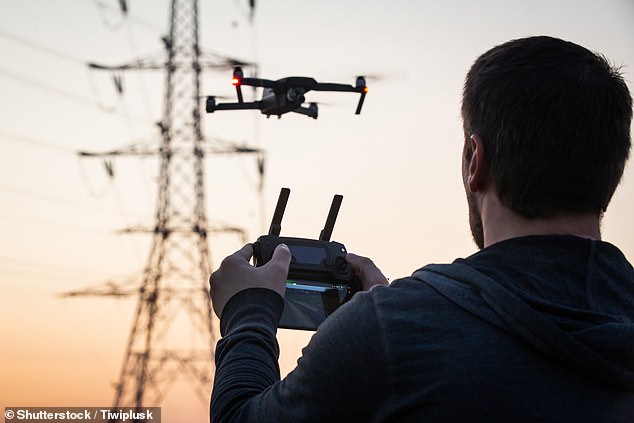 Membership of the CAA costs £9 and is renewed annually.

But the legislation now covers all devices, including lightweight models which are used by hobbyists.

It comes after a rise in the number of drones bought by enthusiasts as well as those using them for business purposes.

But the rise has sparked fears over privacy as drones could be used to spy on private residences.

The new regulations are also being rolled out across Europe.

All operators must pass an online test before being allowed to fly devices.

Once a drone has been registered with the CAA, the owner is issued an ID number and are required to display it on all drones in block capital letters.

According to rules introduced yesterday under the European Union Aviation Safety Agency (Easa), the requirement extends to drones lighter than 250g if they have a camera.

But toy aircraft are not required to register.

People who bought their drones before December 31 must register.

Devices will also fall into three new categories of risk from low to high, depending on how they are flown.

Low-risk drones are usually used by hobbyists and will have operational limitations but they will not need authorisation for flights. 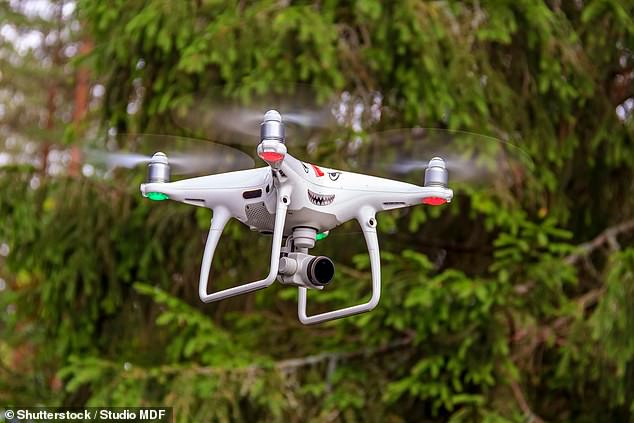 Devices will also fall into three new categories of risk from low to high, depending on how they are flown

By law drones are supposed to be operated within an operator’s line of sight and must remain below an altitude of 400ft to avoid interfering with aircraft and avoiding public buildings.

Authorisation is needed for larger and higher risk drones and those using them for complext environment beyond the operator’s line of sight.

Director of public policy at DJI, Christian Struewe, said the new regulation: ‘Streamlines different processes and allows customers to travel from country to country without having to worry about different rules in different foreign locations.’