A PENSIONER has received 100 ‘intimidating’ TV Licence letters – even though he hasn't owned a television for 22 years.

Fed-up Derek Cheesbrough scrapped his TV in 1997 and has not watched the box since after getting fed-up of the ''rubbish'' being shown. 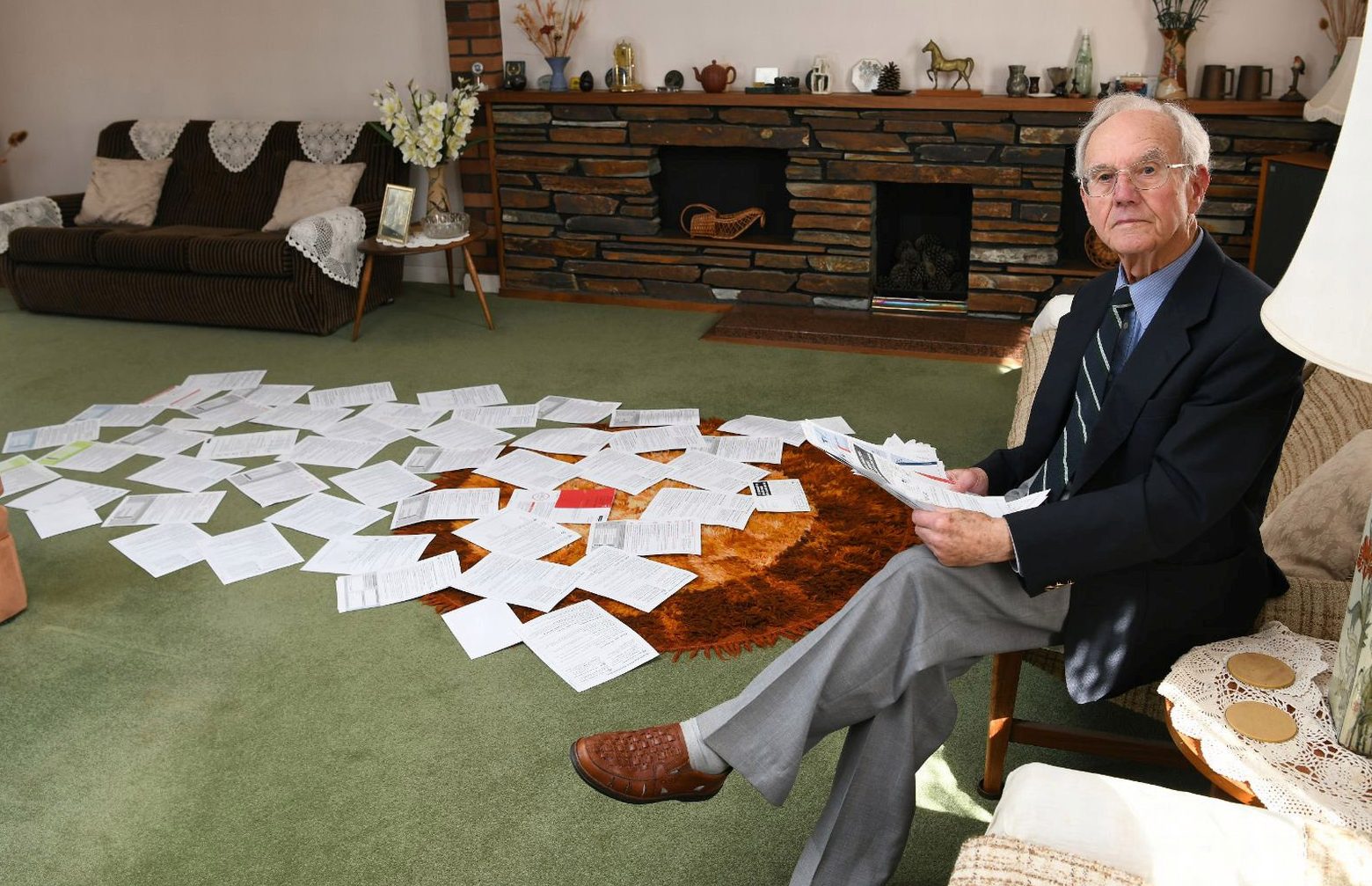 Since then, bank manager Derek has received almost 100 threats to get a TV licence or face action.
The OAP, of Plymouth, Devon, blasted the reminders as “threats”.

He added: “It’s a ruthless, uncaring programme of inducing mental duress to require an innocent recipient to reply when they have no legal obligation to do so”.

Derek, who has no internet nor smartphone, said: “I’ve had 100 letters, each threatening a knock on the door any time day or night, but no one has ever come.

"They arrive in a suitably intimidating red envelope."

The traditionalist previously hit the headlines when he received his 50th letter, which prompted some people to get in touch.

'IT'S A RUTHLESS, UNCARING PROGRAMME'

Mr Cheesbrough said he gave up television in 1997 as he thought he was "one of those clever people who could be selective and switch off".

“But one evening I found myself having spent two hours watching rubbish," he said.

"So I wrote to TV Licensing to say I was dispensing with my set and would contact them if ever I decided to get another one.

“Within a week I had a letter from Capita telling me I was breaking the law.”

Mr Cheesbrough agreed that a less threatening letter, sent out once a year, would be less problematic.

The BBC controversially announced in June that most over-75s would lose free licences.

A TV Licensing spokesperson said: “We try not to trouble people who genuinely don’t need a licence.

“We have a duty to enforce the law and so we write to all addresses where there is no TV licence or a current declaration to say that one isn’t needed.”