Miracle man! Patient told he had less than a year to live is now cancer-free after new drug regime trial

A man told he had less than 12 months to live is now cancer-free thanks to a UK trial of a new drug regime.

Robert Glynn, 51, said he ‘wouldn’t be here’ if it were not for the astonishing results of the trial run by the Christie NHS Foundation Trust in Manchester.

Mr Glynn, a welder from Worsley in Greater Manchester, was diagnosed with a deadly form of cancer in the bile duct inside his liver in August 2020. He was told it had spread to the adrenal gland. He was given an immunotherapy drug, already approved for use in other cancers, combined with standard chemotherapy. The drug cannot be named due to the experimental nature of the trial.

Mr Glynn’s tumours shrank and in April he had surgery to remove them. Since his operation, his three-monthly scans show he is clear of cancer. 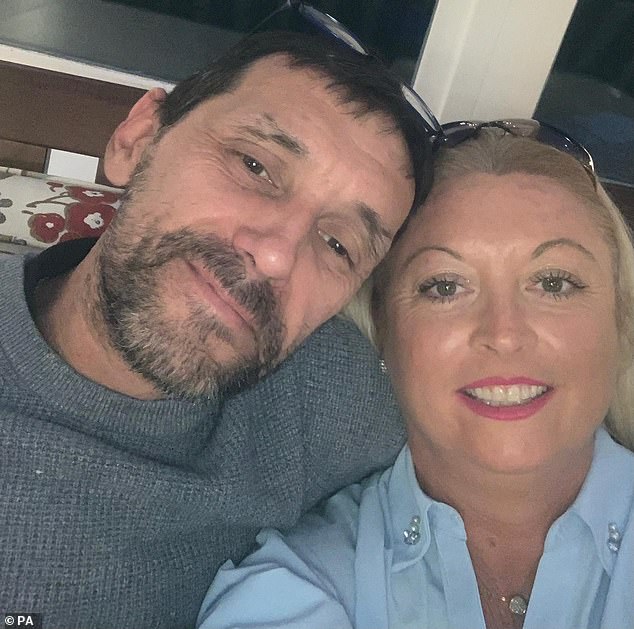 Robert Glynn, 51, said he ‘wouldn’t be here’ if it were not for the astonishing results of the trial run by the Christie NHS Foundation Trust in Manchester

In comments made exclusively to the PA news agency, Mr Glynn said: ‘I wouldn’t be here today without the trial.

‘When I was given the option to take part in research, I jumped at the chance.

‘You do anything you can to extend your life.

‘I feel very lucky as I had the cancer for two years and had no idea.

‘So getting the all-clear was overwhelming.

‘In an odd kind of way, having the diagnosis has turned my life around.

‘With my partner, Simone, we get out in nature and walk loads. When something like this happens you realise life is for living.’

Since his operation, Mr Glynn has not needed any more treatment and his three-monthly scans show he is clear of cancer.

Further studies are now being carried out with more patients with the hope of changing the treatment of biliary tract cancer.

In a bid to live a healthier life, Mr Glynn also changed his diet completely, losing several stones after tipping the scales at 16st.

‘I cut out all processed foods, refined sugar, dairy and milk and now have a smoothie every day and lots of organic fruit and vegetables and make everything from scratch,’ he said.

‘I managed to lose 5st, which was a big step for me.

‘I realised you can’t just rely on the doctors to help you. You need to help yourself too. It’s also important to remain positive and not give up.

‘It’s never over until it’s over.’

Customers who repeatedly visit the chemist for cough medicine will be sent for cancer checks by the pharmacist without having to see a GP first in a Cornish pilot scheme starting next month.