AN ARIZONA mother and father gave away their 14-year-old'ssneakers, TV and bed after he stole their Range Rover while they weren't home.

While his parents were vacationing in Las Vegas, Angel Martinez recklessly drove his parent's Range Rover through his neighborhood at high speeds.

His driving left other residents fearing for their safety and the safety of their children, the Mirror reported.

Angel told Fox6 that he took the car after washing it in order to dry it.

"I just wanted to drive but I don't have my license so I just took it," he said. I can wash the car, and I was like I don't have anything to dry it, so I'm gonna take it for one spin until it dries."

His father, Ramon Martinez found out about the incident after getting a call from police reporting what happened. 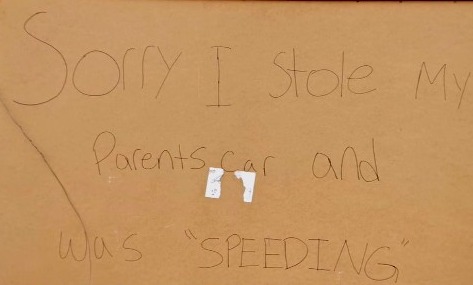 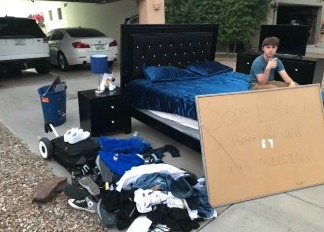 Angel was reportedly already in trouble for something else so Ramon and his wife decided to give Angel an unusual punishment.

Ramon made his son sit on his bed in their driveway with a sign that read "Sorry I stole my parent's car and was speeding."

Ramon explained that the punishment was "mostly to apologize" to their neighbors as he could have run someone over.

While Angel had to give up his bed, furniture, and widescreen TV, he told Fox6 that he understands the punishment.

"It's kind of weird, but I think it's a fair punishment," he said.