Green Bay Packers quarterback Aaron Rodgers confirmed Wednesday that he has been dealing with a broken thumb since Week 5 of the NFL season.

According to Rodgers, he sustained the injury on the last play in London against the New York Giants. He also mentioned that he has had worse injuries and never considered surgery for this one.

Aaron Rodgers confirmed today his right thumb has been broken since Week 5, when the injury happened on the last play in London.

Here he is talking about it for a bit. Surgery has never been a thought and it won’t be after the season, either, he said. pic.twitter.com/FbbMOkXYtc

The Packers five game losing streak also began in Week 5. The team was able to snap the streak with a 31-28 victory over the Dallas Cowboys on Nov. 13.

Throughout that losing streak, reports circulated about Rodgers' thumb without confirmation that the digit was indeed fractured.

Aaron Rodgers shaking his sore right thumb after a play.

The Packers (4-7) struggled offensively against the Tennessee Titans in "Thursday Night Football." Rodgers stats from that game show a decent 24-of-39 pass completion for 227 yards and two touchdowns, without a single interception.

However, some of those incomplete passes were uncharacteristic misfires to wide-open receivers. He went 8-for-16 in the fourth quarter, with his longest pass being a 28-yarder to Randall Cobb.

The veteran quarterback went on the “Pat Mcafee Show '' Tuesday where he answered questions about his thumb and the misses he threw, but didn’t clearly confirm whether or not it was broken.

"My thumb is what it is, it’s been an issue since the Giants, but not an issue that I’m gonna rely on as an excuse,” Rodgers said.

Has your thumb been a problem at all?

"My thumb is what it is but I'm not gonna rely on it as an excuse" [email protected]#PMSLivepic.twitter.com/xc8w8RNFAd

This season Rodgers has completed 64.6 percent of his passes for 6.8 yards per attempt, a career low since 2015.

Similar to now, Rodgers played through a broken pinky toe for much of the 2021 season and chose not to have surgery.

While some fans might look to Jordan Love in this injury confirmation, it seems unlikely Rodgers’ thumb will lead him to sit. 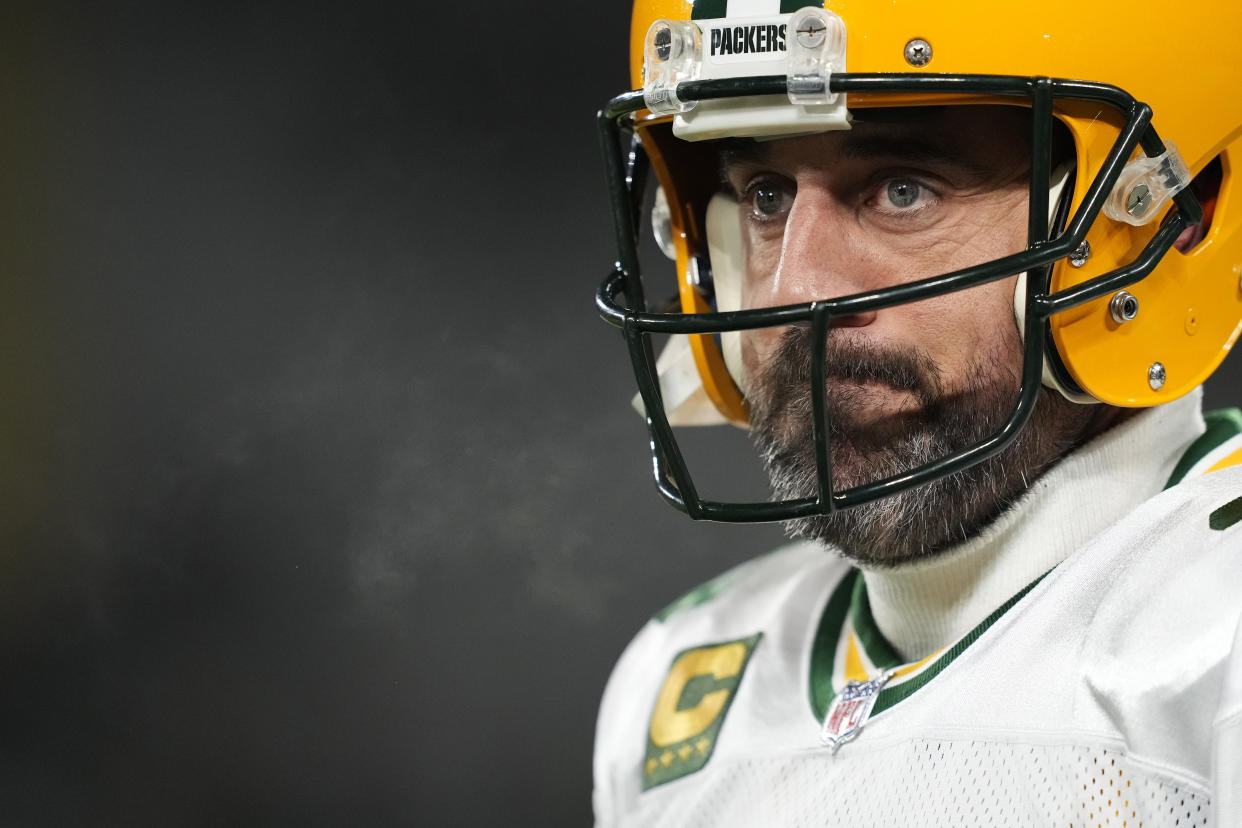