Lovely Jubbly! Bottle of Peckham Spring water from 1992 Only Fools and Horses Christmas special signed by Del Boy sells for £6,000 at auction

An Only Fools and Horses fan has splashed out £6,000 on a bottle of Del Boy’s Peckham Spring Water.

The bottle, featured in a 1992 Christmas episode called Mother Nature’s Son, is the only one signed by actor Sir David Jason who played the cockney wheeler dealer in the cult sitcom.

While the bottle was given to a lucky audience member once filming had finished, it went under the hammer last Friday at East Bristol Auctions and was tipped to sell for up to £8,000. 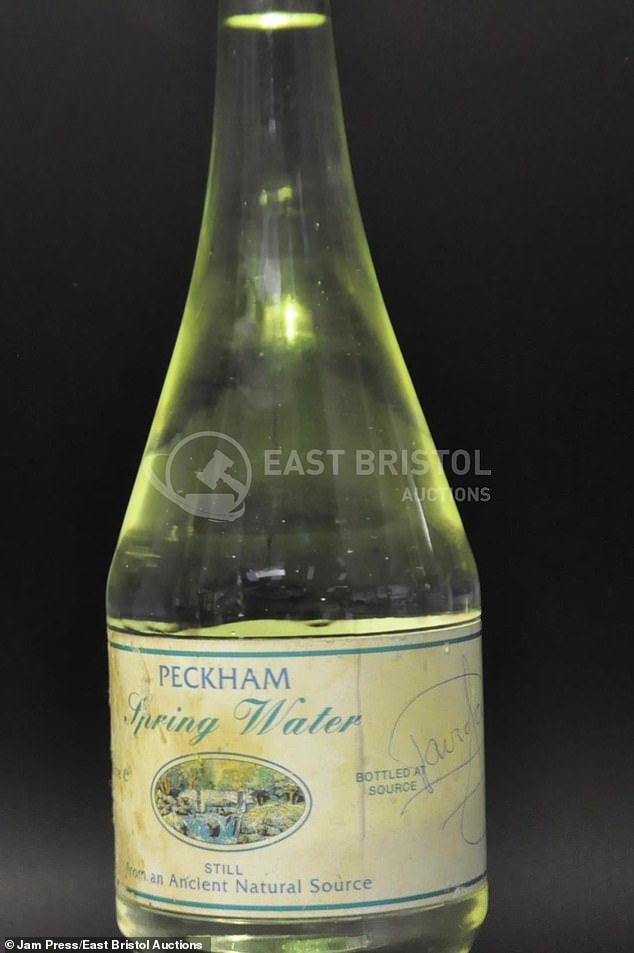 Twenty million people tuned in to watch the festive special episode that featured the bottle 30 years ago.

The episode shows a production line set up in the Trotters’ flat to fill up bottles from the kitchen tap ready to be sold.

And this spring water brand turns out to be quite a success – being trialed out by a major supermarket in the show and supplying for local need during a drought.

Eventually, the Trotters earn enough money for a Christmas holiday at the Grand Hotel, Brighton. 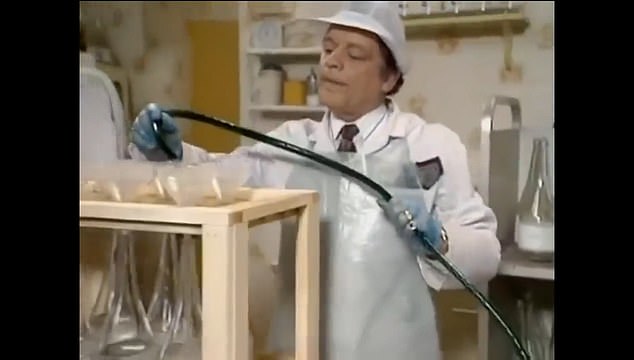 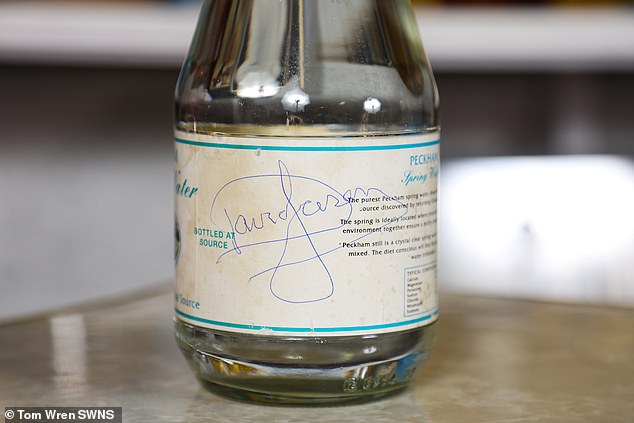 The bottle, featured in Mother Nature’s Son, is the only one signed by actor Sir David Jason

In the final scene, as the Trotter family goes to sleep in a hotel, the BBC reports that Peckham is without water.

A local reservoir had been contaminated by barrels of yellow liquid dumped by Del, Denzil, and Trigger from his grandad’s allotment.

As a blissfully unaware Del switches off the light, a bottle of Peckham Spring on his bedside table glows yellow, indicating that he has been giving the barrels’ contents to his customers.

The label on the glass bottle, signed by Sir David Jason in blue ink, read: ‘The purest Peckham spring water, drawn from an ancient natural source discovered by returning Crusaders 800 years ago.

‘The spring is ideally located where prevailing winds and a protected environment together ensure a purity unique among spring waters.

‘Peckham still is a crystal clear spring water, delicious on its own or mixed. The diet conscious will find this pure low sodium spring water irresistible.’

The bottle was among more than 200 other items up for grabs at the auction, including objects from the estate of the late John Challis, who played Boycie in the hit comedy.

A script for Kenneth MacDonald, who played Mike the Barman from the 1996 Batman and Robin episode, fetched £5,000.

Del Boy’s Candlestick Telephone sold for £750 at the auction while Del’s curved Cocktail Bar -known as the Trotter’s Bar – also sold for £1,600.

The bar was signed by eleven cast members, including Sir David Jason.

A portion of the proceeds from the Estate Of John Challis will be donated to three charities that he supported: British Hedgehog Preservation Society, The Cuan Wildlife Rescue and Tusk Trust.