Virginia Beach officials have released a timeline of events in the shooting at the city’s municipal building that killed 12 people and injured several more on Friday afternoon.

It took 36 minutes from the time that the first 911 was placed to engage the shooter, render him aid and transport him to the hospital, Virginia Beach Police Chief James Cervera told reporters in a news conference Sunday morning.

In addition, it took about 25 minutes to transport the first wounded victim in critical condition to the hospital, Cervera said.

Here is the timeline, according to the police chief:

Emergency dispatchers receive the first calls of shots being fired inside Building 2 of the municipal center. 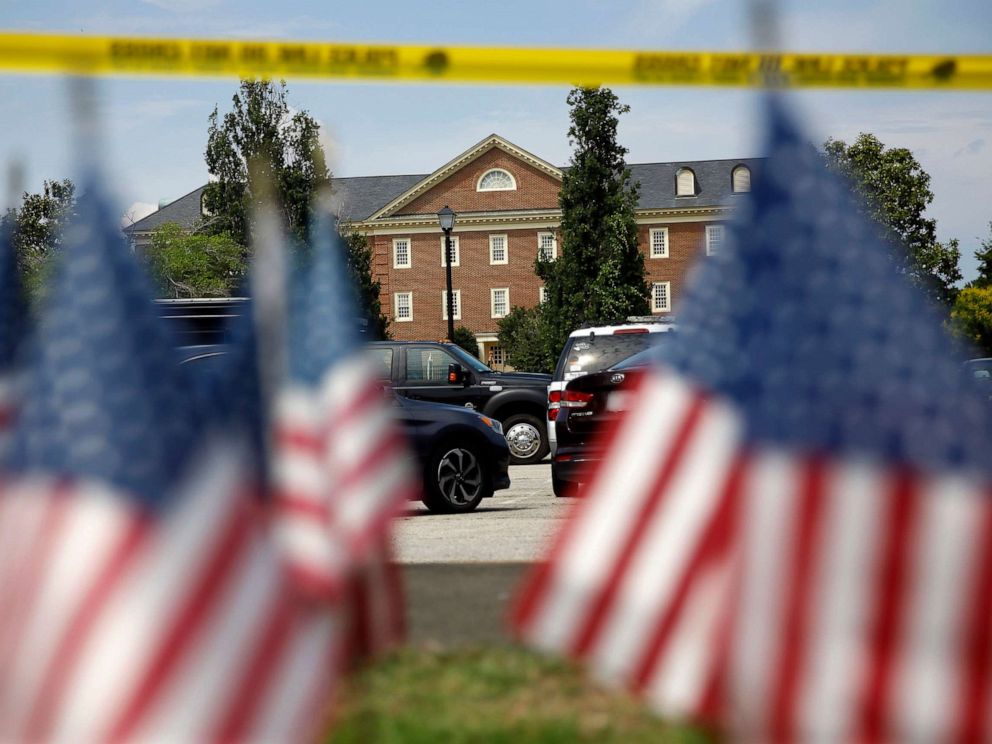 The first officers arrive on the scene outside the building.

The building is four floors, with numerous entrances and exits as well as a basement that contains a tunnel to another building, Cervera said. The officers did not yet know where the shooting was taking place, he added.

Cervera described the building, which was built in the 1970s, as a “honey comb maze” due to the offices that have been added since, he told George Stephanopoulos on “This Week” Sunday morning

“This is a huge building, and we had no idea where the suspect was,” he told reporters.

The officers did not have the building’s floor plans, and were moving at a “rapid pace.”

Within five and 10 minutes after entering the building, at least four officers located and engaged the suspect on the second floor of the building.

The suspect fired as he moved through numerous office spaces. During the gun battle, doors were closed and locked, and people who were still on that floor were sheltering in place.

At one point, the gunman was shooting through a closed door. Once the gunfire stopped, officers breached the door. The suspect was still alive, so officers rendered first aid before taking him into custody and transporting him to a local hospital, where he later died.

It is unclear how many shots the gunman fired, but estimates are in the double digits.

During that time frame, other officers entered the building, assisted in providing aid to the wounded and got other employees out, Cervera said. 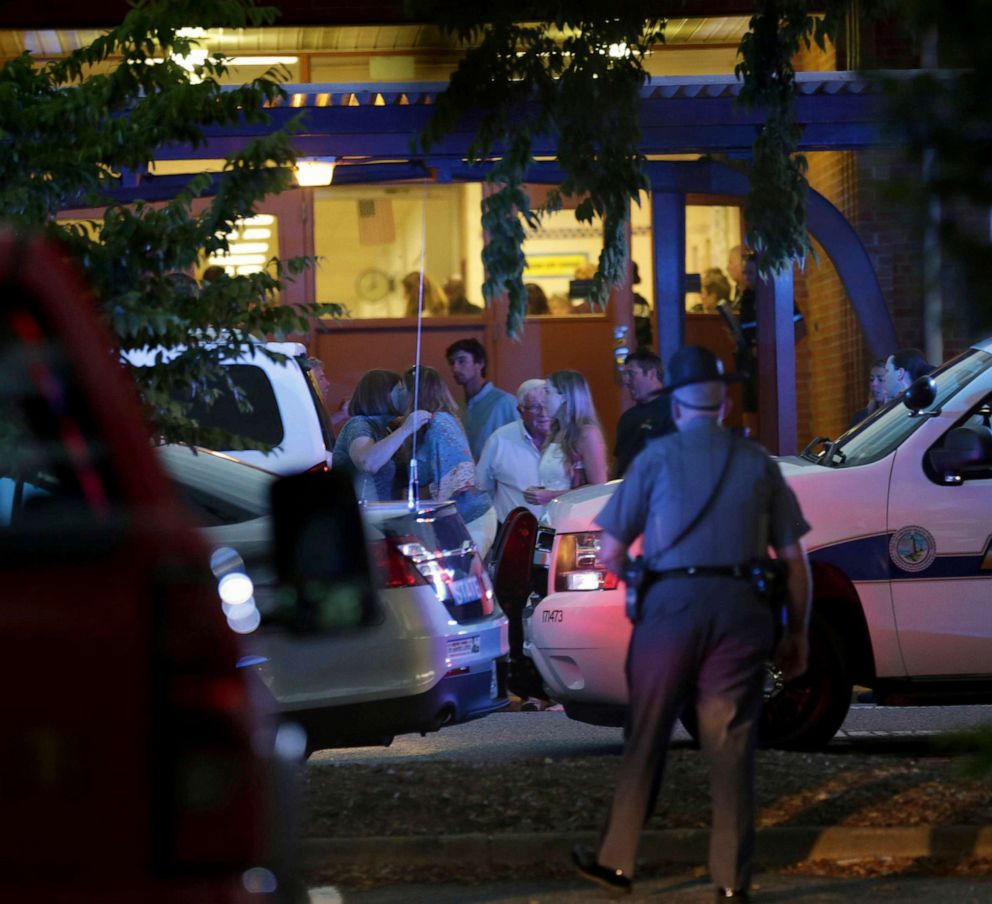 A Virginia Beach Police officer was wounded while engaging with the suspect.

The gunman was not in the process of being fired

Investigators are looking into whether the gunman’s employment status had anything to do with the shooting, Cervera said.

The suspect had not been terminated, nor was he in the process of being terminated, Cervera said.

The gunman’s performance was “satisfactory,” and he was in good standing with the department, said Virginia Beach City Manager Dave Hansen. In addition, he did not have any ongoing disciplinary issues, Hansen said.

Investigators are still in the process of establishing a motive for the shooting, Hansen said. 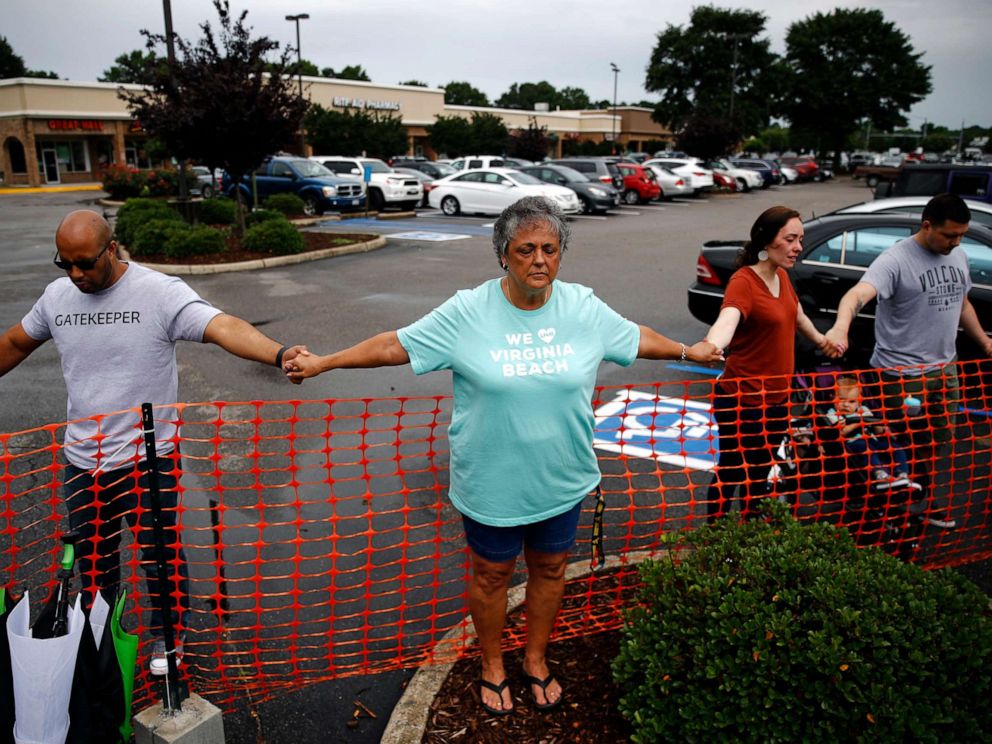 Victims are still in critical condition

Four of the injured victims are still in the hospital, Cervera said.

Three patients are in critical condition, and one is in “much better” condition, according to the police chief.

Municipal center will be closed Monday

The municipal center will be closed on Monday and will reopen on Tuesday, except for Building 2, Hansen said. Schools and courts will operate as normal.