A WARPED nurse who used a voice-change app to pose as a man and trick women into sending nude pics has managed to trick three more victims, just weeks after walking free from jail.

Adele Rennie, 28, posed as a male lawyer to dupe her three new vict­ims – convincing them to send her photos and personal information over social media apps. 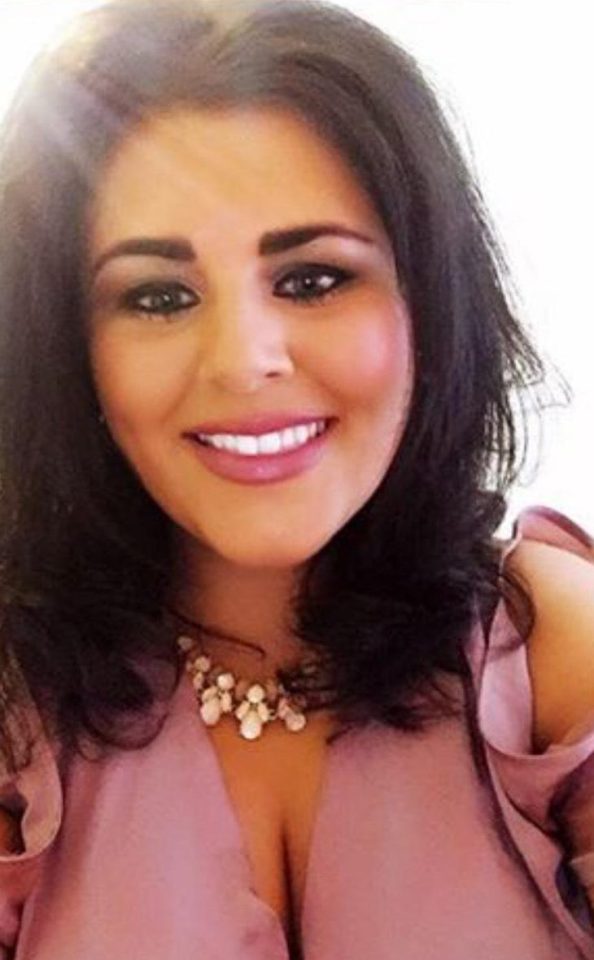 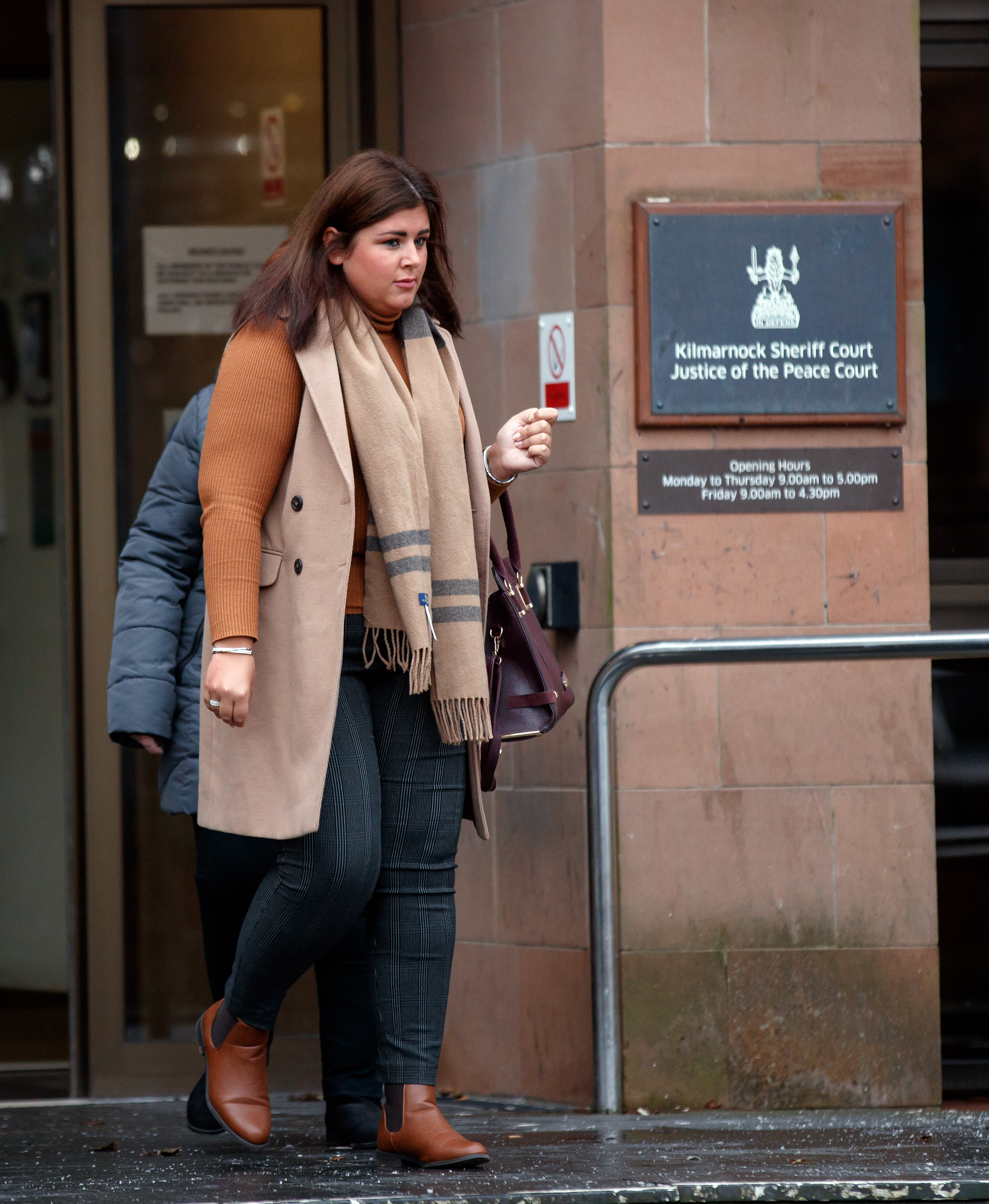 Rennie, 28, even managed to convince a mum into sending her a video of herself in the devious scam.

The latest scam comes after Rennie was caged for 22 months in December 2017 for the so-called "cat-fishing" scheme.

Over five years, Rennie had duped ten victims – with Miss Scotland finalist Abbie Draper helping to expose her after being seduced herself.

But warped Rennie, of Kilmarnock, was released ten months into her sentence in October last year – going on to target another three victims just weeks later.

Rennie pleaded guilty to the latest scam, with her sentencing at Kilmarnock Sheriff Court deferred.

Now, one of her targets has spoken out over the disturbing scheme, saying: "It sent a chill down my spine.”

The single mum, 27, said she felt in “danger” and fled her home after being bombarded by calls and messages from a brief called “Daniel Crolla”.

But the mum of two was horrified when a pal rumbled Rennie’s past conviction of fooling women by a using voice-changing app to make her sound like a fella.

Speaking after the sicko was nailed for a second time, the victim — who cannot be named — said: “I had no idea it was Adele Rennie who was behind it.

“This criminal lawyer called Dan was contacting me all the time but when I checked there was nobody under that name.“I knew something wasn’t right and I thought I was in danger.

“I called my friend and said, ‘You need to come and get me. I don’t feel safe in my house’.”

The woman was contacted on dating app Tinder and Instagram by Rennie and even shared flirty texts and calls where Rennie said her alter ego drove a black Jaguar and lived in Troon, Ayrshire.

But when the mum went to check out the pad with a pal, they discovered no flash motor outside.

She recalled: “I knew then this person was not who they said they were.

“But at this point I still thought it was a guy.

“I phoned the police and told them I was concerned because they knew where I lived.”

HER VICTIMS: Rennie's history of scams

Adele Rennie was jailed for 22 months in prison in November 2017 after pleading guilty to 18 charges against ten women.

The charges included ten counts of stalking, four of sexual coercion and four of indecent communication.

The young woman was also placed on the sex offenders register after targeting her victims.

Rennie messaged photographs of a naked man to her victim.

Rennie black-mailed one of her victims, using medical records she had accesssed.

The victim revealed she got back in touch with her alleged love interest to “call his bluff".

She added: “He sent me a message saying he had been talking to a computer expert at his work who could tell him pretty much everything I am doing.

“That was very disturbing and threatening. I just thought, ‘Oh f***’. By this time I was staying at my mum’s. I didn’t feel safe.”

Cops advised her to keep messaging before a friend’s Google search found Rennie’s cruel past.

The victim said: “I knew it was Adele because it was so similar. Police told me they were pretty sure she would have followed me.

“It was the same officer who dealt with her the first time.

"He was flabbergasted and couldn’t believe she would do it again.”

Ex-nurse Rennie, of Kilmarnock, yesterday admitted tricking the mum of two and persuading her to send pictures and a video at the town’s sheriff court.

She also pleaded guilty to causing fear and alarm to a woman in Milngavie, near Glasgow, and another targeted in her past con.

Sentence was deferred over January’s offences and Rennie remanded. 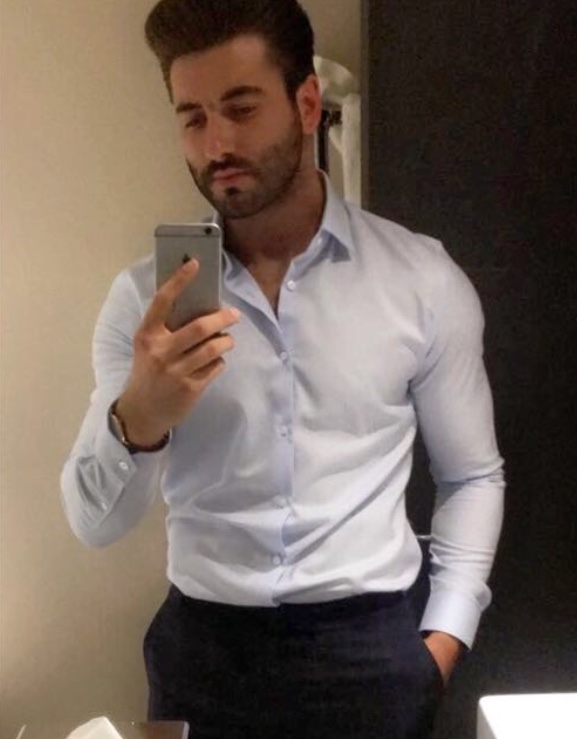 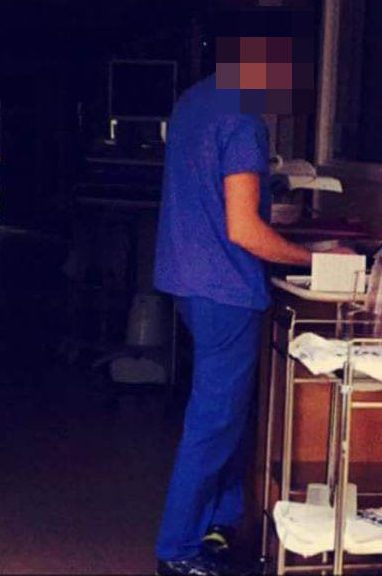 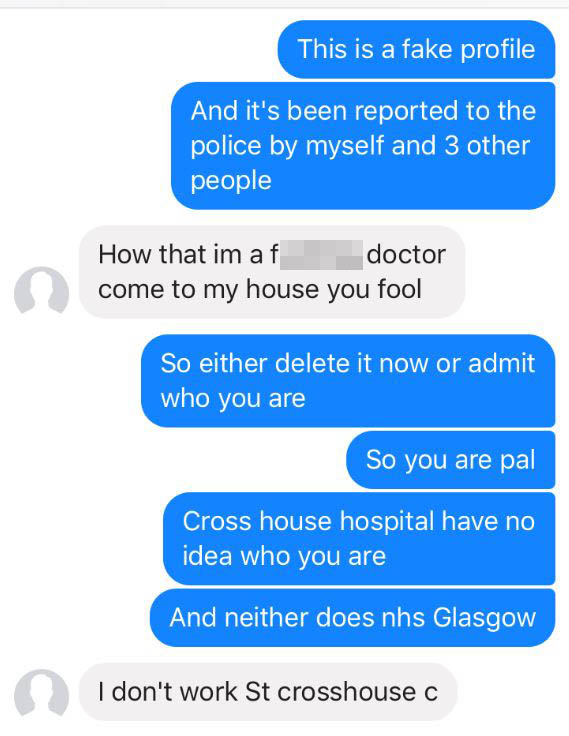 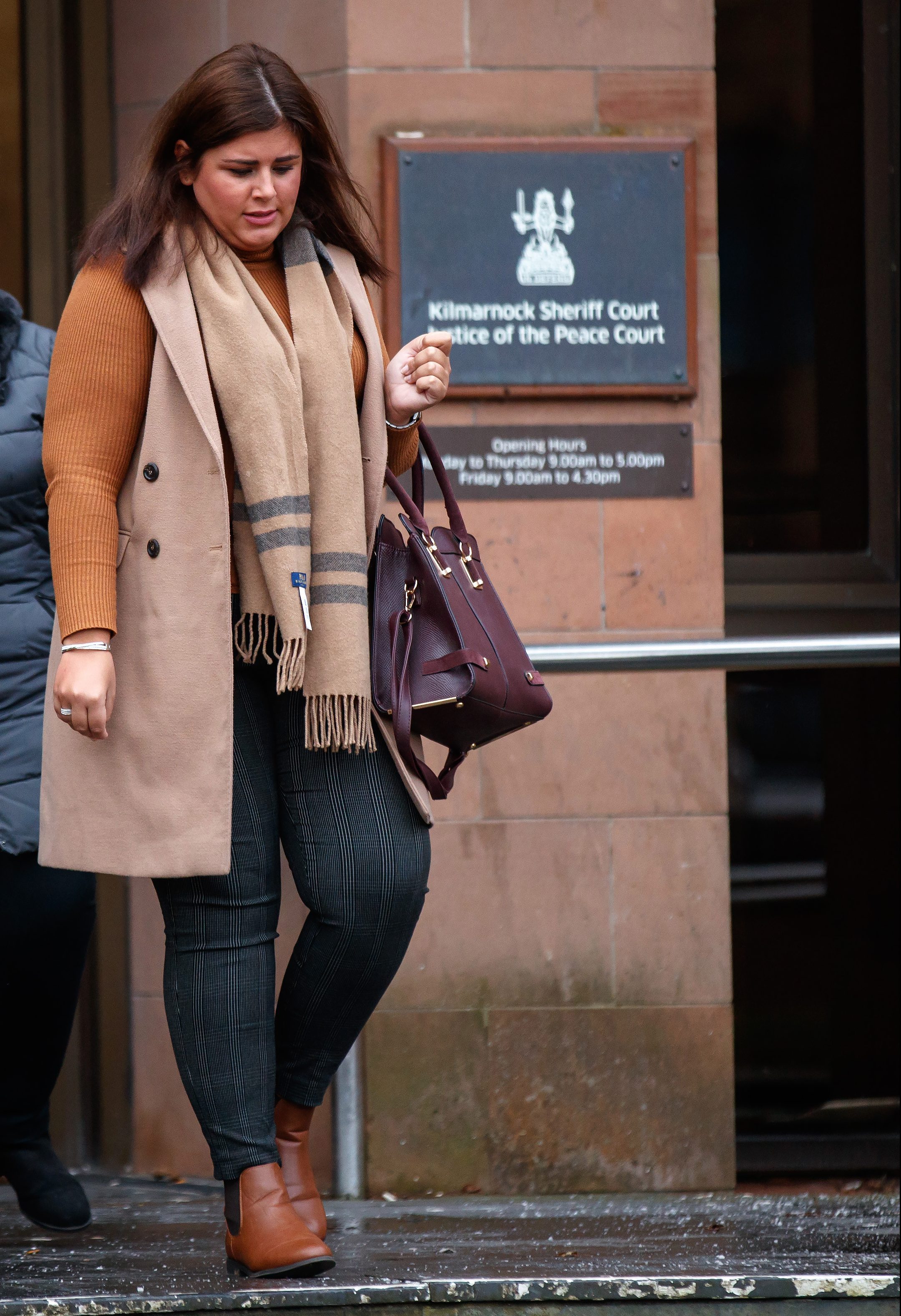 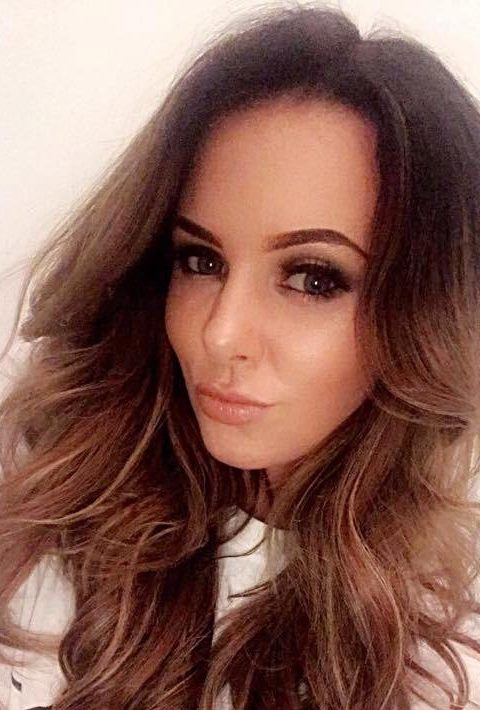