Phil Barratt, 62, and wife Wendy, 59, complained after new CCTV at Woodpeckers naturists club snapped the man, in his 60s, walking to the toilets in his dressing gown while apparently aroused.

The Barratts say they have been visiting the site, in Pentre Meyrick, Wales, for almost 10 years and have spent thousands renovating their 35ft three-bed static caravan.

But they claim they were accused of “causing trouble” for hitting out about the cameras “watching people” after they were installed last autumn.

They received a letter for “gross misconduct” before being ejected from the campsite, Wendy claims. 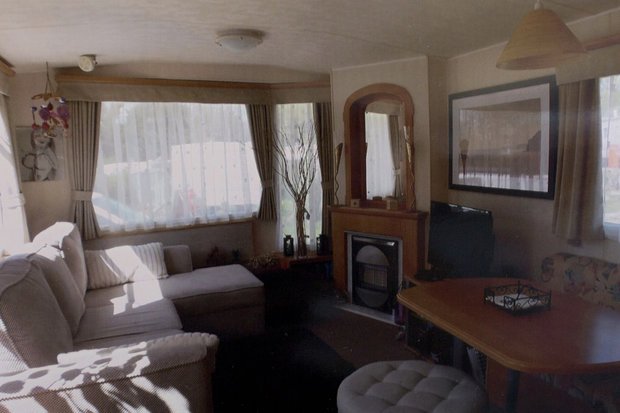 The couple claim they were ordered to remove their £8,000 caravan within 28 days and told they would not be refunded their £800 annual fee.

The offending naturist is said to have received a warning for lewd behaviour in public.

Wendy blasted their treatment as “disgusting”, revealing how she was “devastated”.

Lawyers are now questioning the legality of the cameras, according to the couple.

Woodpeckers is a non-profit making site is set in five acres of rural countryside, according to its website.

The club refused to comment when approached by reporters.