The half time show for the 56th Super Bowl game is chess, not checkers to Dr. Dre.

In a trailer released Thursday the N.W.A rapper and producer puts his pieces on the board to summon his all-star team of performers, Snoop Dogg,Kendrick Lamar, Eminem and friend from the East Coast, Mary J. Blige, for the half time show that will air Feb. 13 on NBC.

The almost 4-minute clip directed by F. Gary Gray and scored by Adam Blackstone features each performer as they get "The Call" from Dr. Dre.

Eminem is seen battle rapping with his alter ego Slim Shady. Snoop Dogg rides the California streets in his custom hydraulic lowrider. Blige struts in a fabulous photoshoot and Lamar rabidly pens lyrics in an empty room. Each hip-hop figure stops what they are doing to answer the doctor's call.

During scene transitions, the artist's hit songs perfectly blend into a brew that becomes Tupac Shakur's hit "California Love" as they approach Los Angeles' SoFi Stadium — it will be the first Super Bowl in Los Angeles since 1993. 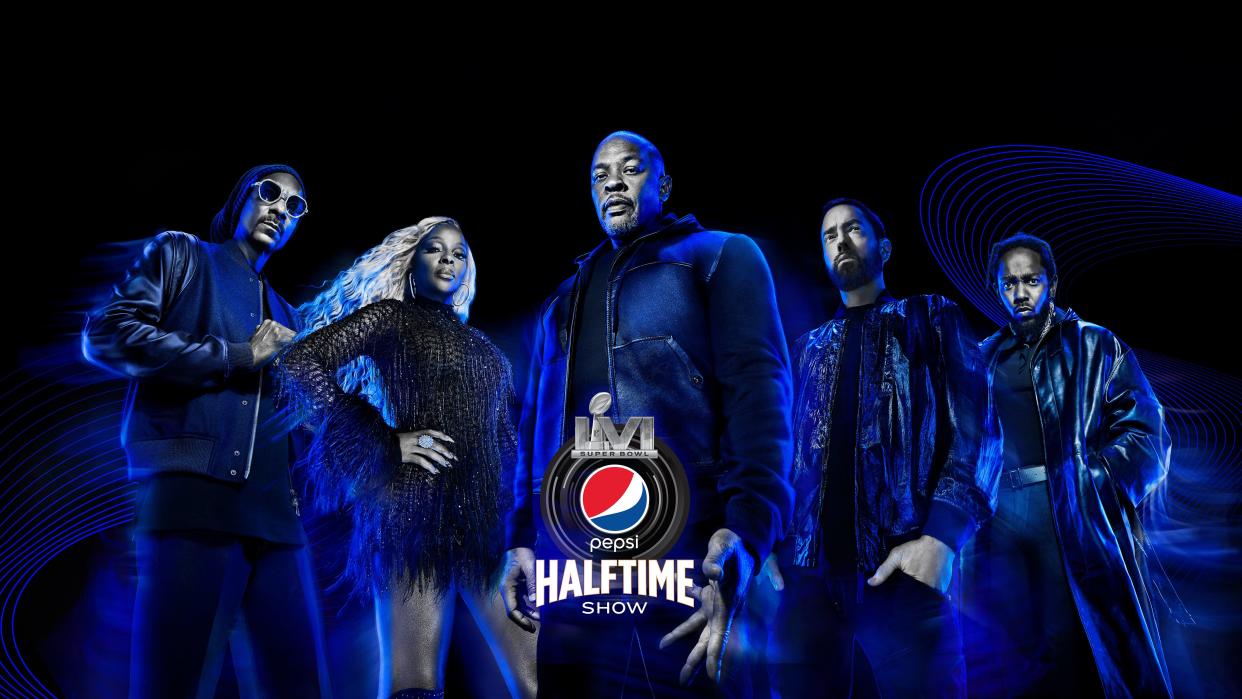 "The opportunity to perform at the Super Bowl Halftime show, and to do it in my own backyard, will be one of the biggest thrills of my career," Dr. Dre, who grew up in Compton, said in a statement when the headliners were first announced. It will be an "unforgettable cultural moment," he added.

Dre emerged from the West Coast gangster rap scene alongside Eazy-E and Ice Cube to help form the group N.W.A., which made a major mark in the hip-hop culture and music industry with controversial lyrics in the late 1980s. Dre is responsible for bringing forth rap stars such as Snoop Dogg, Eminem, 50 Cent and Lamar. Dre also produced Blige's No. 1 hit song “Family Affair.”