A French environmental group is suing Paris officials over the health threat from toxic lead fumes released during the Notre-Dame cathedral fire.

Hundreds of tonnes of lead within the cathedral’s roof and steeple melted during the blaze, releasing toxic particles into the air, which settled on streets and buildings in the surrounding area. 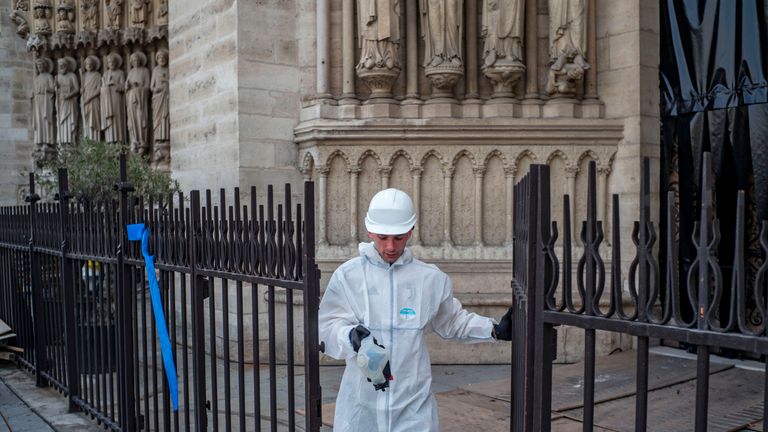 The group says the failures from officials include a lack of carrying out protective measures. The group also say authorities failed to explain potential dangers to residents living near the fire and workers clearing up the destroyed cathedral.

“In three months, we have accumulated enough evidence of the inertia of the public authorities to decide to take legal action,” Jacky Bonnemains, president of Robin des Bois, told French media.

Robin de Bois filed the suit on 26 July, a day after a nursery and a school near Notre-Dame were shut following tests which found high levels of lead in their shared playground.

The school and nursery were jointly hosting a holiday club for 180 children in Paris’ sixth district.

The investigative website Mediapart claims French authorities had waited until a month after the fire before conducting tests in the 10 creches and schools within 500m (1,640ft) of the cathedral.

One of the tests – which was conducted in a private school – showed 698 micrograms of lead per square metre, 10 times higher than the 70 microgram level considered potentially dangerous.

Officials had ordered a deep clean take place in schools near Notre-Dame last week. Walls and furniture were to be wiped down and playgrounds hosed over the summer holidays.

Last week, authorities insisted that lead contamination from the blaze posed no danger. But clean-up work at Notre-Dame was halted last week after a top government official in Paris said anti-contamination measures were not tight enough.

Senior French official, Prefect Michel Cadot, said that though health and safety inspectors gave prior warning about their visits to the site, they found safety rules were not being “systematically applied”.