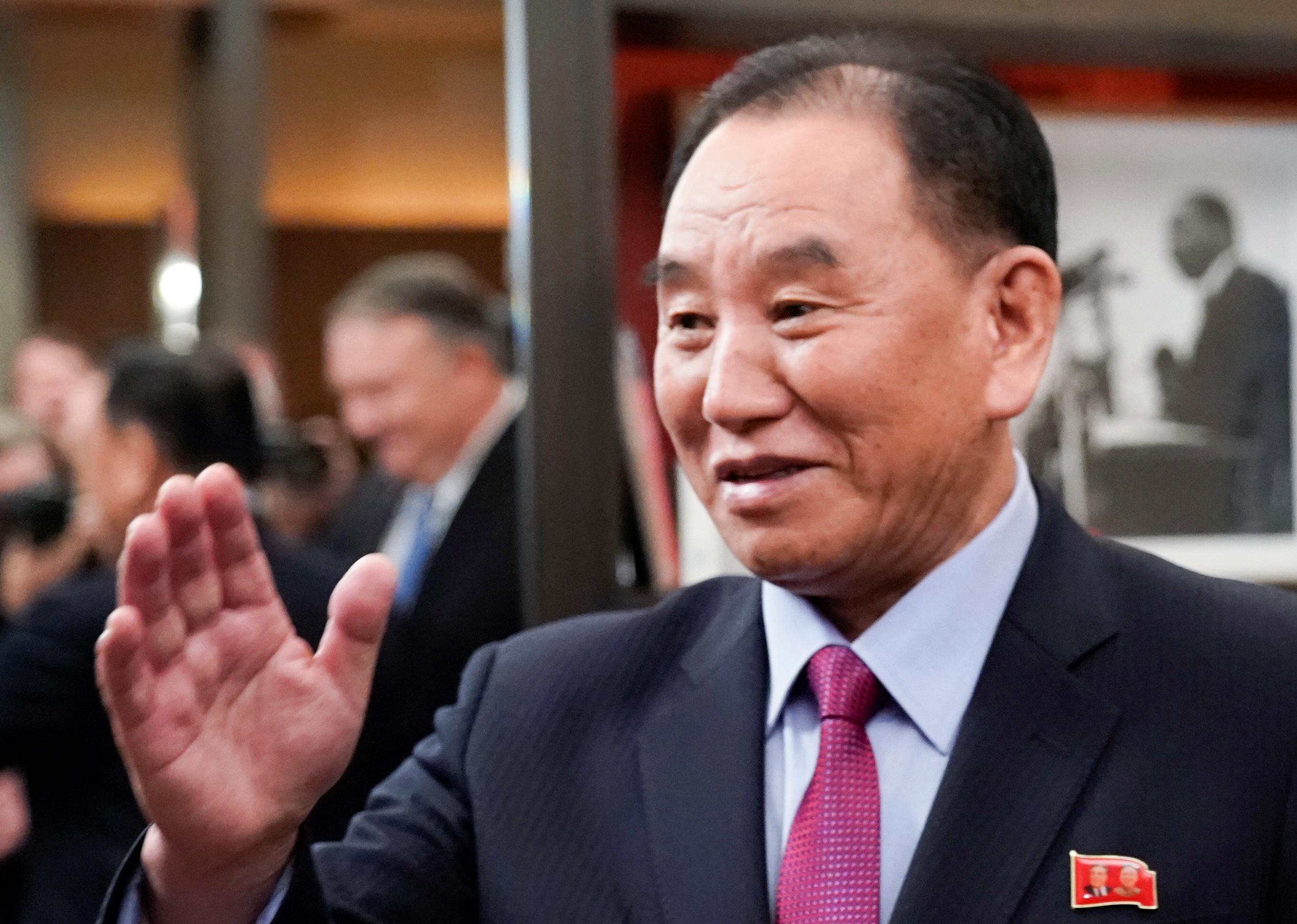 Sunday’s appearance followed conflicting reports of shakeups in the team that led engagement with the United States last year, only for nuclear talks to collapse after Kim Jong Un and President Donald Trump failed to strike a pact at a February summit.

KCNA named Kim Yong Chol as the 10th person among a group of 12 “leading officials” who accompanied Kim Jong Un and his wife, Ri Sol Ju, to an amateur art performance by wives of officers in the North Korean Army on Sunday.

On Friday, South Korean newspaper Chosun Ilbo had said Kim Yong Chol, the leader’s righthand man and a counterpart of U.S. Secretary of State Mike Pompeo before the failed summit, had been sent to a labor and re-education camp, citing an unidentified North Korean source.

Asked on Sunday about the last U.S. contact with Kim Yong Chol and North Korea in general, Pompeo declined to answer, saying, “We conduct our negotiations in private.”

Asked about reports of a “shakeup” of Kim’s negotiating team in a May 5 interview with ABC News, Pompeo said it did appear that his future counterpart would be somebody else, adding “But we don’t know that for sure.”

He said, “Just as President Trump gets to decide who his negotiators will be, Chairman Kim will get to make his own decisions who he asks to have these discussions.”

As Kim Jong Un’s point man for the nuclear talks, Kim Yong Chol was stripped of a key party post in apparent censure for the summit’s collapse, a South Korean lawmaker said in April.

That move may have cleared the way for long-time diplomats sidelined during last year’s process to take centerstage if talks with the United States resumed, analysts said.

In April, an official photograph from a session of North Korea’s rubber-stamp legislature showed Kim Yong Chol standing behind Kim Jong Un, but he did not accompany Kim on his summit with Russian President Vladimir Putin later that month.

“Kim Yong Chol appears to have been pushed back from power since the Hanoi summit,” said Shin Beom-chul, a senior fellow at the Asan Institute for Policy Studies in Seoul.

“But exactly how much is something we’re not able to figure out.”

“It takes a long time because you need to check that they continually don’t appear in public, who took their position, who replaced who.”

Some officials who worked with Kim Yong Chol have been out of the public eye since the summit. But other seasoned diplomats who appeared to have been sidelined, including Vice Foreign Minister Choe Son Hui, were seen returning to the spotlight.