Brisbane detectives investigating allegations against Liberal MP Andrew Laming, who has been accused of taking photos of a woman while she bent over, have determined there is no evidence to indicate a criminal offence.

Queensland Police this week investigated claims by Brisbane woman Crystal White, who alleged Mr Laming took photos of her bending over with her underwear visible while she filled a bar fridge in 2019. 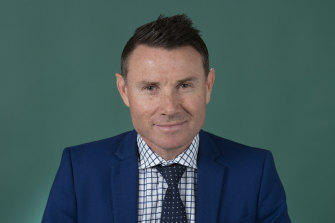 Mr Laming, who will quit politics at the next election, is on medical leave seeking empathy training and counselling but remains a member of the federal Liberal party room, despite calls for Scott Morrison to kick him out.

A young female lawyer has emerged as a new frontrunner in the fight to fill Andrew Laming’s Queensland seat of Bowman in federal Parliament.