New Zealand recorded its first Covid-19 death in more than three months on Friday when a man in his 50s died of the virus.

The man was part of a second-wave cluster of infections that emerged in Auckland last month, according to health officials.

It ended a spell of 102 days free of community transmission in the South Pacific nation. 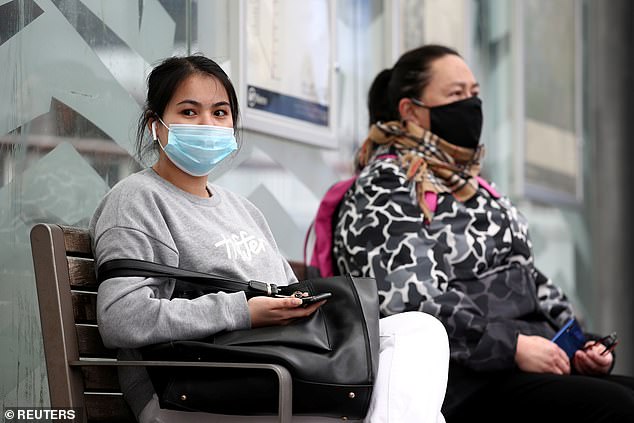 The man was part of a second-wave cluster of infections that emerged in Auckland last month, according to health officials. Pictured, people wearing masks in Auckland on August 31

The death at Auckland’s Middlemore Hospital on Friday afternoon takes New Zealand’s death toll from the virus to 23, with the most recent previous fatality on May 24.

‘I acknowledge the anxiety New Zealanders may be feeling about today’s news, both in the wider community and also for the family and whanau (relatives) grieving over this death,’ health chief Ashley Bloomfield said in a statement.

‘Our thoughts are with his family and community at this time of loss and grief.’

The man was reportedly the youngest to die from Covid-19 in New Zealand and  health authorities did not say whether he had a pre-existing medical condition. 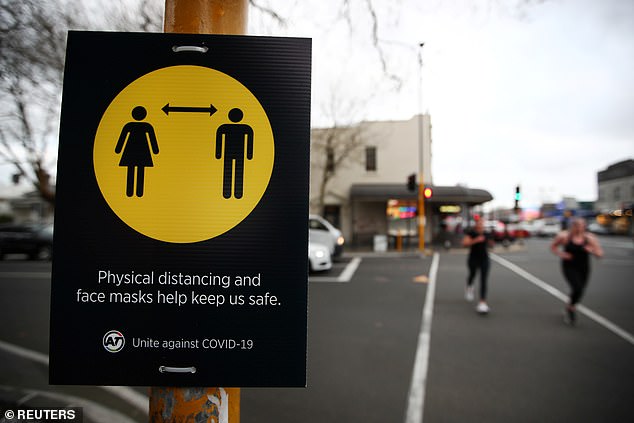 The death at Auckland’s Middlemore Hospital on Friday afternoon takes New Zealand’s death toll from the virus to 23, with the most recent previous fatality on May 24 (file image)

The Auckland cluster emerged in a family of four and has since grown to 152, including three new cases recorded on Friday.

It has proved difficult to eliminate despite a two-and-a-half week lockdown in Auckland that ended on Sunday night.

‘We have always recognised that further deaths linked to Covid-19 were possible,’ Bloomfield said.

‘Today’s news reinforces the importance of our shared vigilance against Covid-19, the very serious consequences the virus can carry with it.’

While Aucklanders were allowed out of their homes this week, the government limited non-school social gatherings in the city of 1.5 million to 10 people and made masks compulsory on public transport nationwide.

Authorities said earlier on Friday, before the latest death was announced, that the restriction would remain in place until at least September 16. 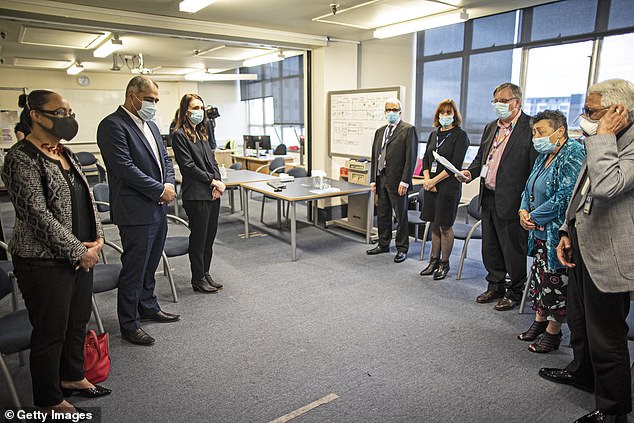 The source of the Auckland cluster remains unknown but genome testing indicates it is not linked to the virus strain that New Zealand experienced earlier this year, which was largely eliminated in a seven-week lockdown that began in late March.

Prime Minister Jacinda Ardern said indications were that the Auckland cluster was contained but there was no room for complacency.

‘We’ve been prepared and, by going hard and early, particularly with Aucklanders pitching in, we look at this early stage to have contained our resurgence,’ she told reporters.

‘But (there are) also areas which suggestion caution is very much required… every country has faced second outbreaks in this global pandemic, and some have turned into significant second waves.’

New Zealand, with its low death rate of 23 in a population of five million, has been hailed as one of the countries most successful in handling the virus.

Its response to the latest outbreak has included a blitz of around 600,000 tests in recent weeks, accompanied by extensive contact tracing and the pre-emptive quarantine of close contacts linked to confirmed cases.

CORONAVIRUS IN NEW ZEALAND: A TIMELINE

FEBRUARY 28: New Zealand records its first COVID-19 infection after a person in their 60s returned from Iran.

MARCH 16: All return travellers must self-isolate for 14 days.

MARCH 20: Borders close to everyone except citizens, permanent residents and their families.

September 4: New Zealand has its first Covid-19 death in more than three months when a man in his 50s dies of the virus.