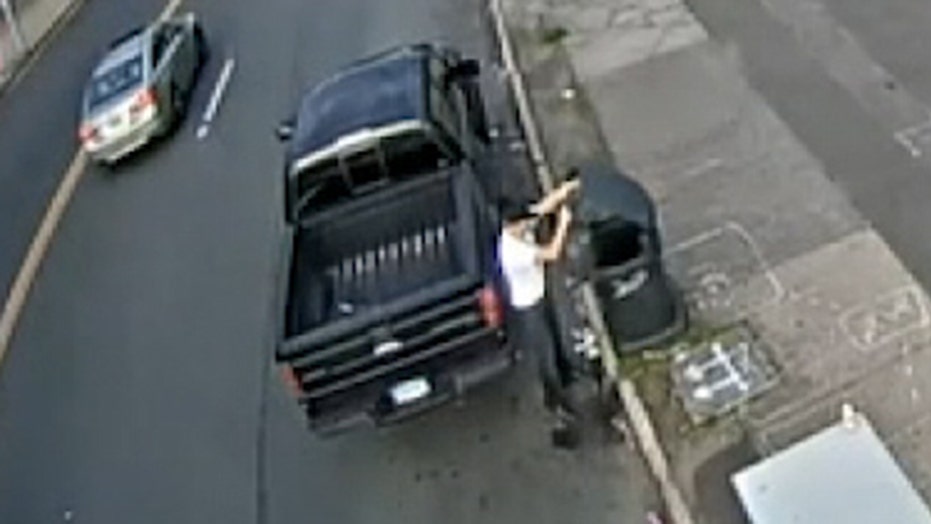 New video has been released in the disappearance of Jennifer Dulos, who Connecticut police say was killed by her estranged husband.

Two of the videos made public Monday show Fotis Dulos removing plastic bags from the rear of his Ford Raptor and placing them in a trash bin on a street in Hartford.

Cops say the video was shot on the day 50-year-old Jennifer Dulos was reported missing.

She vanished in August 2019, and Fotis Dulos killed himself 17 months later at the age of 52 after being charged with murder in her disappearance. Her body hasn’t been found.

The videos were released by attorneys for Fotis Dulos’ girlfriend Michelle Troconis, 44, who is facing murder conspiracy charges in the case.

They want a judge to ease her bail conditions and say the videos bolster their claim that she was not a willing participant in disposing of alleged evidence.

“Allegations that she assisted in disposing of any items that they claim are relevant to the case is simply untrue,” defense attorney John Schoenhorn said, Fox 61 Hartford reported.

The attorneys also released a third video — a portion of her police interrogation.

Troconis had told cops that she helped Dulos clean his truck days after Jennifer Dulos’ disappearance but thought the mess was spilled coffee, WCBS-TV reported.

In the video a detective is heard asking Troconis if she saw spilled coffee.

“Did you see a coffee cup?” the detective asks.

“No, because I didn’t look inside the car,” she says.