The PM told the House of Commons today the measures were imperative to stop growing infection rates to avoid a hard lockdown. Here's the latest rules in England that are set to come in within days. 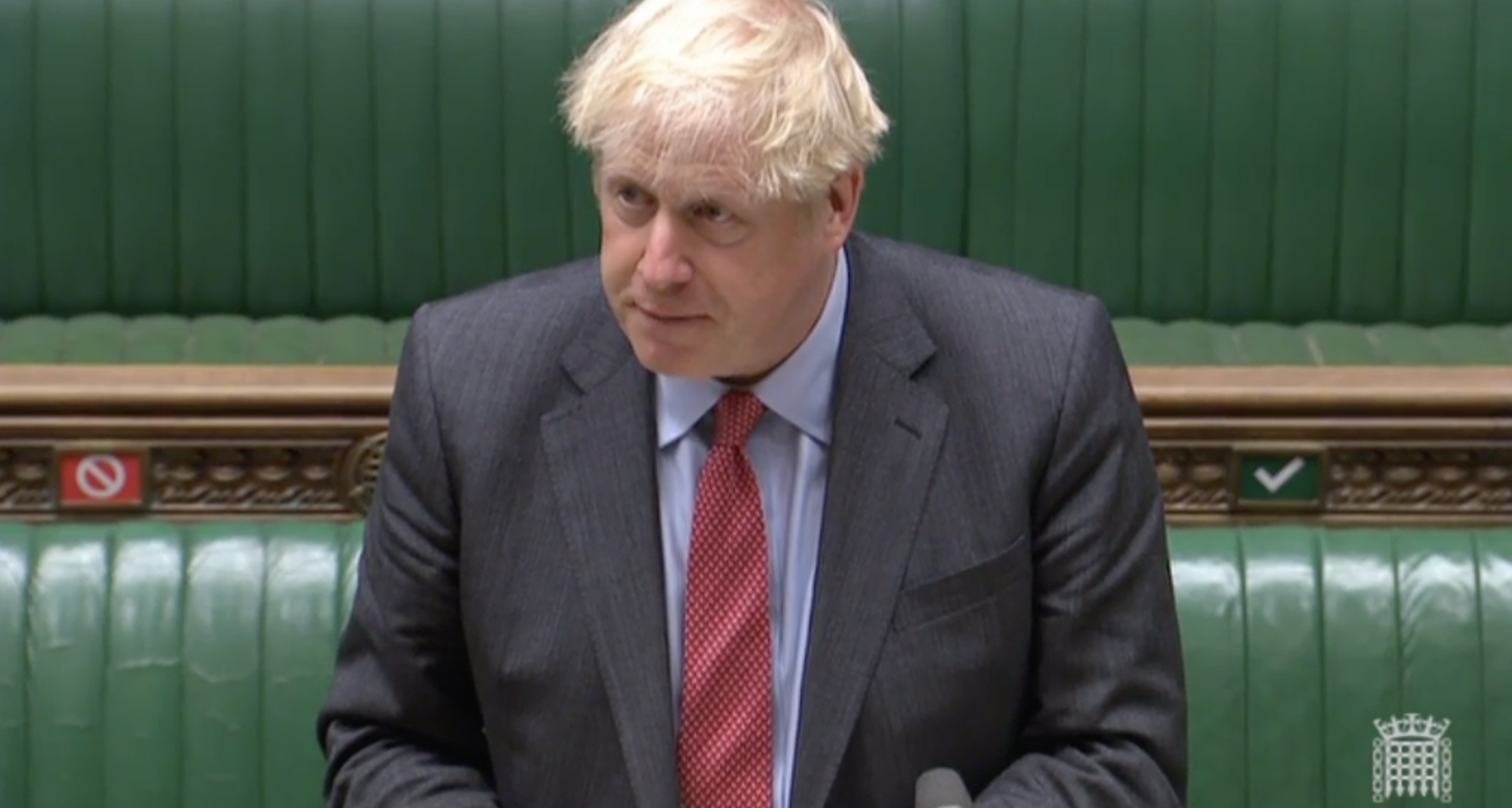 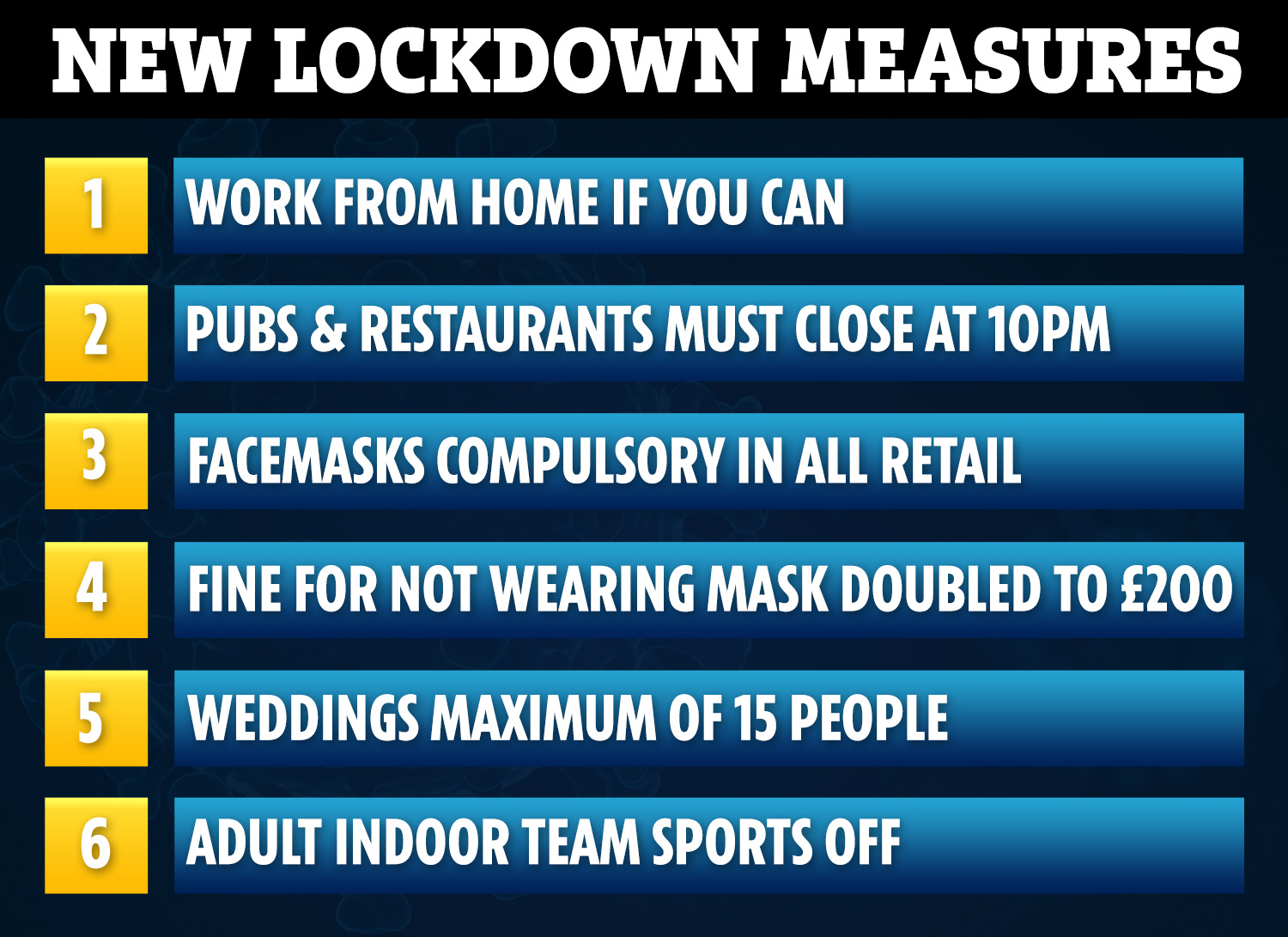 Can I go to the pub?

But pubs, bars and restaurants will have to abide by 10pm curfew rules.

Venues will only be able to offer table service, as well, to stop people milling around in big groups that are difficult to control.

And you must be following the rule of six – meaning you can only meet up with five other people, including kids.

The Prime Minister said this lunchtime: "From Thursday all pubs, bars and restaurants must operate table-service only, except for takeaways.

"Together with all hospitality venues, they must close at 10pm.

"To help the police to enforce this rule, I am afraid that means alas closing, and not just calling for last orders. Simplicity is paramount."

He added: "What we've seen from the evidence is that the spread of disease does tend to happen later at night after more alcohol has been consumed."

Can I see family and friends?

All social gatherings are limited to six people, however.

This means big family lunches are off the cards for the moment while the nation tries to avoid a second lockdown.

He stressed the social need for people to be able to see one another and avoid the isolation that happened during the first lockdown.

Mr Gove said: "We want to make sure wherever possible families can meet in a safe way."

In Northern Ireland, however, people cannot mix with other households inside. 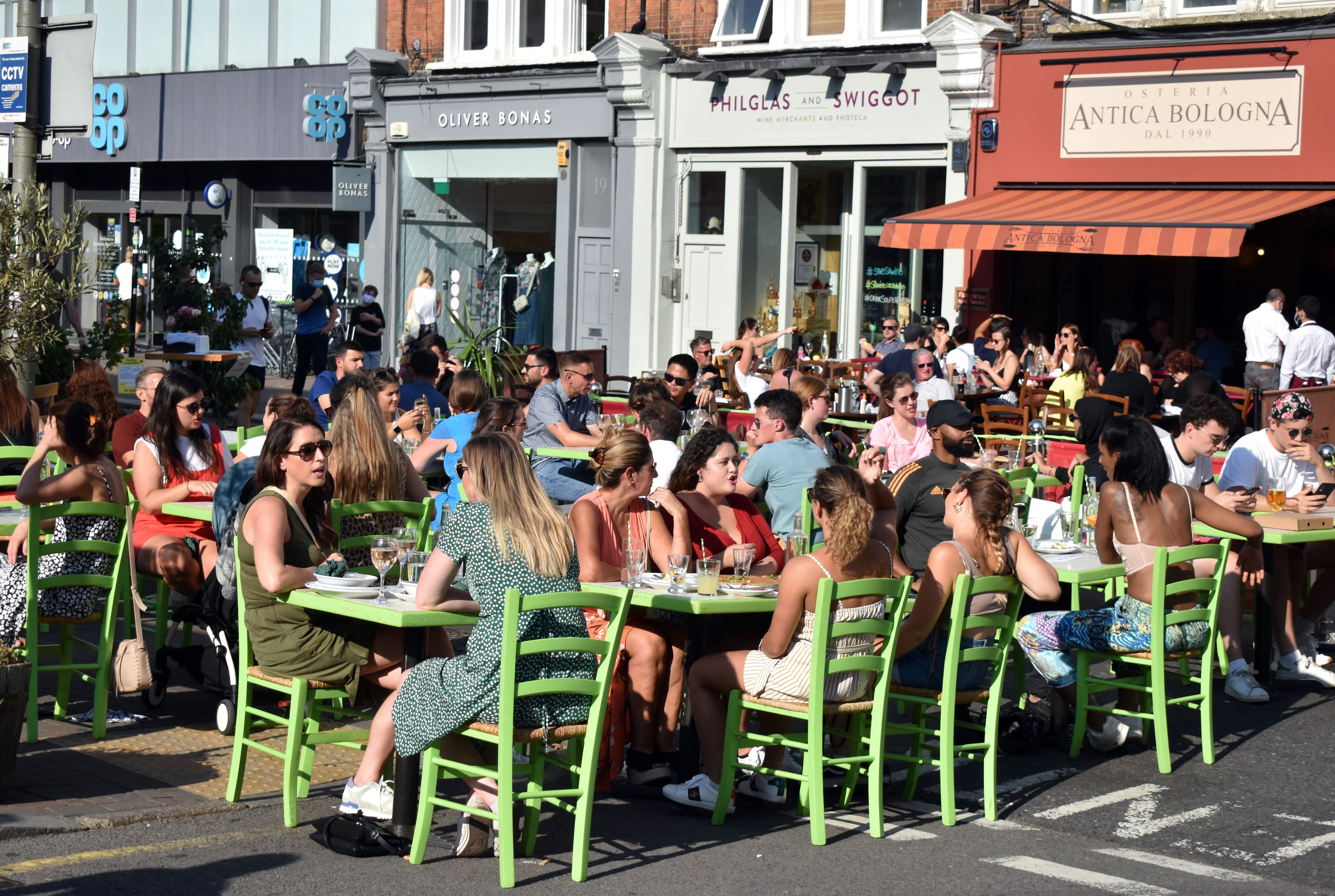 Can I go out for dinner?

Yes. But as with pubs, restaurants will have to close at 10pm.

This means you will probably have to bag an earlier table in order to have dinner before the curfew comes in.

And just like pubs, anyone sitting down for dinner or visiting a hospitality venue will have to fill out NHS track and trace forms so that if there is an outbreak you can be contacted.

Pubs and restaurants have been warned they could be closed if they fail to keep track of people coming in and out of their venue.

Can I have people over to my home after the pub?

Yes. Michael Gove said this morning as long as you follow the rule of six, there is nothing stopping drinkers heading back to homes or streets to continue drinking after the curfew.

Mr Gove, when asked about after-curfew drinking in homes, said: "It is the case that with the rule of six you can have six people in a social gathering.

"Yes (people can keep drinking in homes) but the steps that we're taking here reflects some of the evidence that has been gathered from those parts of the country where these restrictions have already been put in place."

But Health Secretary Matt Hancock has warned that most new cases of the virus have been contracted in homes.

And Mr Johnson warned today everyone has to be careful with social distancing or face further lockdown measures.

It's possible, but not yet.

The Government is trying to do all they can do avoid having to close down businesses which could trigger another economic meltdown as seen in the first lockdown.

The PM refused to rule out another national lockdown where pubs would be closed, but said it was the last thing he wanted.

He said today: "We are keeping the vast majority of the economy going.

"This is a package to drive down the R but also to allow education and jobs and the growth to continue. That is absolutely vital."

In local lockdown areas, pubs and restaurants have mostly been able to stay open.

Only in Bolton, where the infection rate was sky-high, were hospitality venues told they could only offer take away. 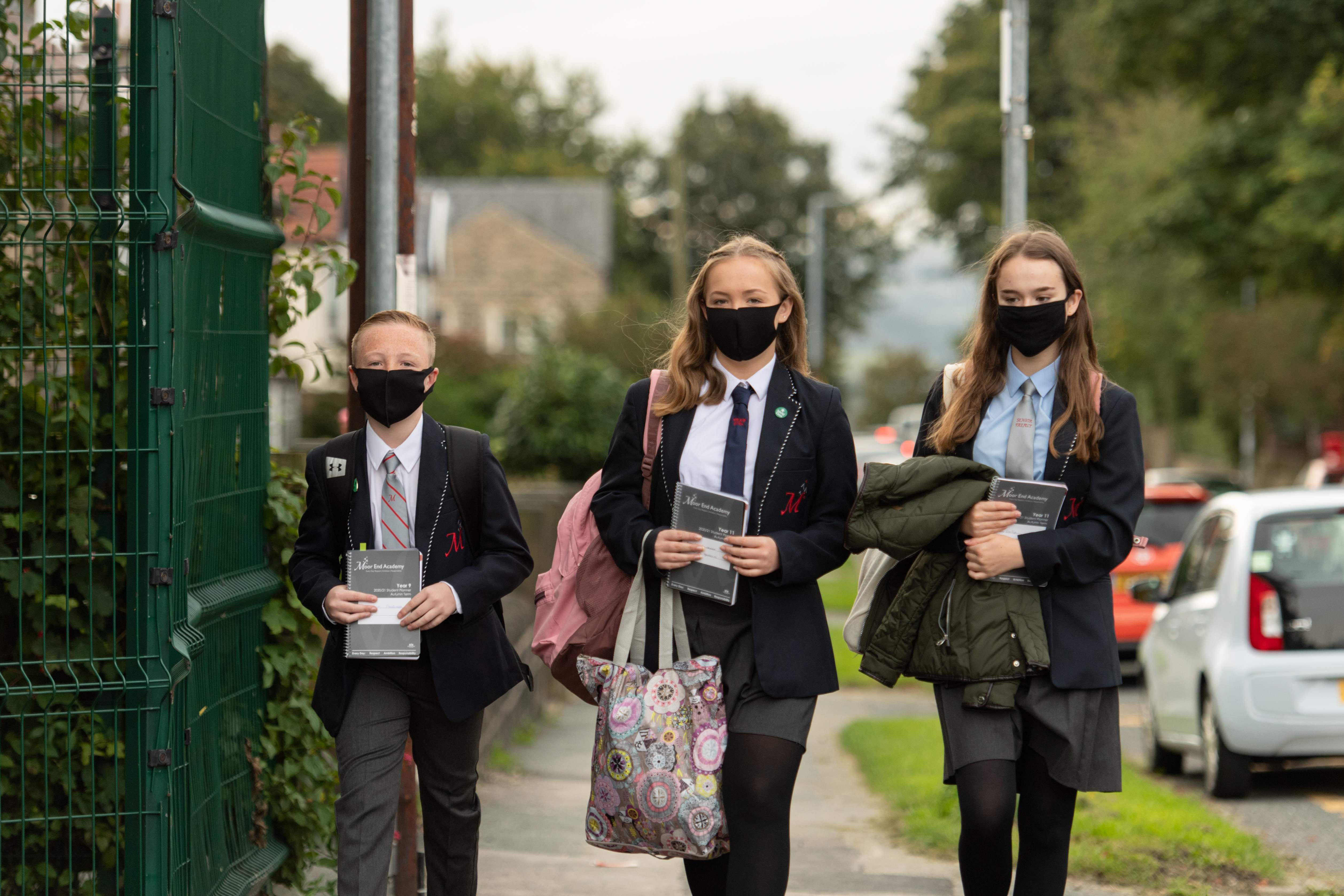 Mr Johnson has been on a war-path for the last few months to make sure schools can stay open.

He has repeatedly stressed it is imperative that kids are able to keep going to classrooms, or the long-term health of the nation will be damaged as children's "life chances" are impacted.

But many schools have been struggling to stay open completely, as kids have gone off sick with symptoms of coronavirus and have been unable to get a test.

In some schools whole year groups and classes have had to self-isolate if just one student has symptoms, depending on the social distancing protocols in the school.

Should I go to work if I can work from home?

The Government has U-turned on it's "go back to work" advice as the number of new infections has jumped.

Mr Gove confirmed this morning there was a change of policy and people should work from home if they can.

Mr Johnson said today: "We are once again asking office workers who can work from home to do so.

"In key public services – and in all professions where homeworking is not possible, such as construction or retail – people should continue to attend their workplaces.

"We need to keep the economy moving as much as we can. Go to work if you must but work from home if you can."

Will I be able to go to sports matches soon?

Plans to return spectators to sports venues by October 1 have been scrapped.

Cabinet Office Minister Gove told BBC Breakfast: "It was the case that we were looking at a staged programme of more people returning.

"It wasn't going to be the case that we were going to have stadiums thronged with fans. We're looking at how we can, for the moment, pause that programme.

"But what we do want to do is to make sure is that as and when circumstances allow get more people back.

"It is the case that we need to be cautious at the moment. A mass reopening would not be appropriate at the moment. We do need to proceed with caution."

Can my wedding go ahead?

But sadly the number of guests allowed at weddings has been halved from 30 to 15.

Many couples who had planned to get married this year have been devastated by the constant change in advice, and this will be another blow for many.

Mr Johnson said today the rules had to be tighted again.

He said: "From Monday, a maximum of 15 people will be able to attend weddings. Up to 30 can still funerals as of now."