A NAVY SEAL is standing trial for slitting the throat of a 15-year-old defenceless ISIS member and stabbing him to death after taking the teen prisoner in Iraq.

A medic had just stabilised the boy from wounds sustained in an airstrike when Special Operations Chief Edward Gallagher ‘walked up without saying anything at all’ and started stabbing him, a court heard. 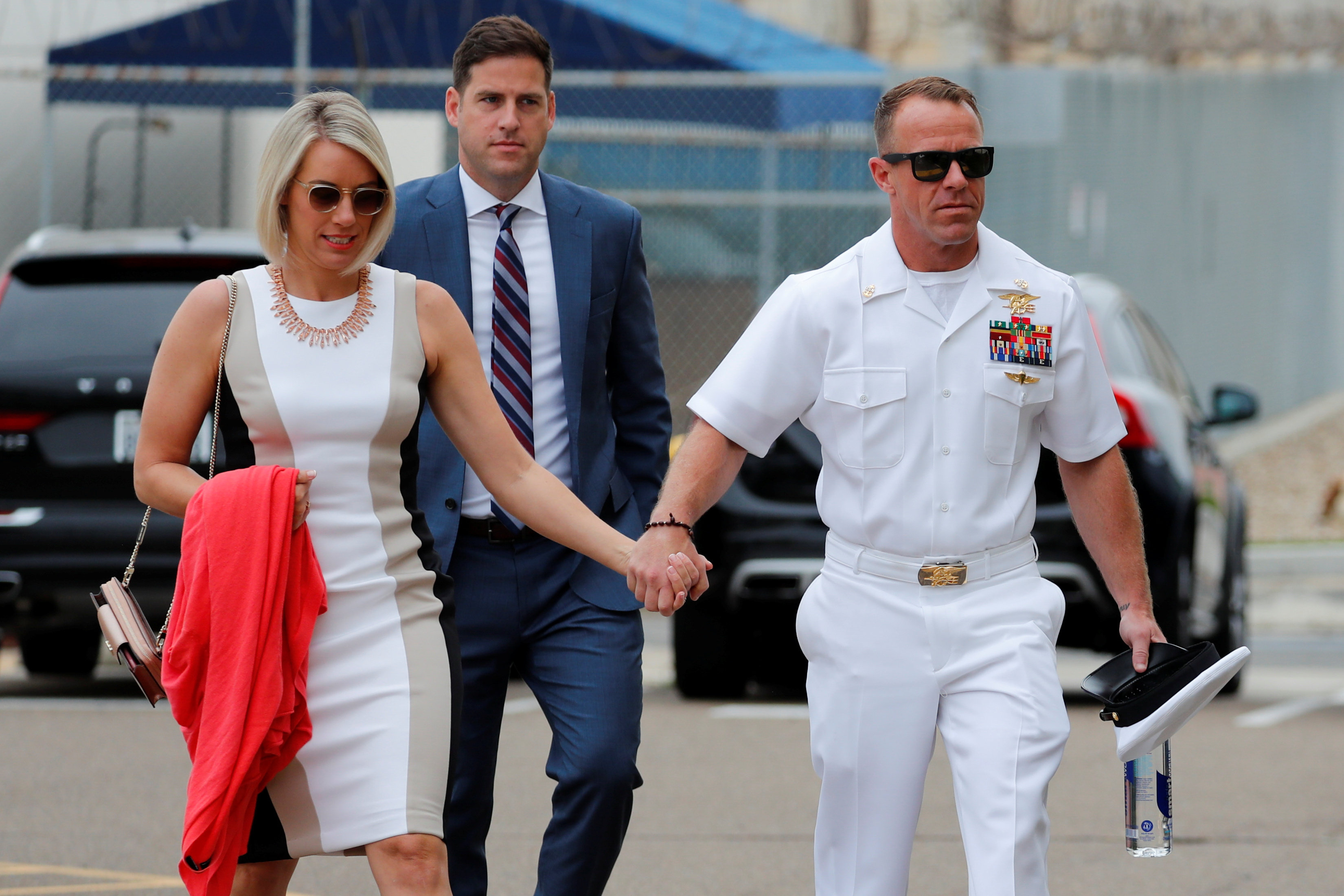 But that same medic, Special Warfare Operator First Class Corey Scott, has now stunned a courtroom with fresh claims that it was he and not the defendant who killed the young captive Islamic State fighter.

Scott threw the trial into chaos by testifying that he watched Gallagher stab the teen prisoner in the neck, but that the stab wound did not appear to be life-threatening.

The medic said he waited until the chief walked away to press his thumb over the captive’s breathing tube until he died.

Scott made the explosive admission: "I suffocated him … I held my thumb over his trach tube until he asphyxiated," CNN reported.

“I knew he was going to die anyway, and wanted to save him from waking up to whatever would have happened to him.”

I suffocated him … I knew he was going to die anyway, and wanted to save him from waking up to whatever would have happened to him."

Scott added that he had seen other captives tortured and killed by Iraqi forces.

However, his testimony is under scrutiny as the timing of the alleged confession comes after Scott was granted immunity from criminal prosecution for the events and actions that he would discuss on the stand.

Prosecutors allege he changed his story after receiving the grant of immunity.

They recalled six different interviews with Navy investigators, where Scott had never hinted that he had suffocated the captive.

Navy prosecutor Lt. Brian John said: "You can stand up there, and you can lie about how you killed the ISIS prisoner so Chief Gallagher does not have to go to jail."

The medic looked over from the witness stand toward Gallagher, whose wife and two of his children were in the courtroom, the New York Times reported.

He added: “He’s got a wife and family … I don’t think he should spend the rest of his life in prison.”

Gallagher has been accused of multiple violations of military law that took place while he was deployed in the Iraqi city of Mosul in 2017.

Accusations include posing for a photo next to a corpse, shooting at non-combatants and intimidating other SEALs who would report him.

Two other SEALs have already testified against Gallagher in the controversial case.

On Wednesday, Chief Special Warfare Operator Craig Miller said he saw Gallagher kneel next to the detainee and stab him.

Miller told the court: "I saw blood come from the ISIS detainee's neck and it looked like the way a baby would throw up."

It's just an ISIS dirtbag … Next time if I get a prisoner, I'll do this where you can't see what happens."

He said he reported the incident to his superior in Mosul but also admitted he posed in a photo with the fighter's body, and realised that was wrong.

Former Navy SEAL, Dylan Dille also told jurors that Gallagher posed for photos with the prisoner's body, which he described as looking 'about 12 years old, frail, weak and injured'.
Dille said Gallagher told him and others when they returned to the base: "I know you're not all right with what happened but it's just an ISIS dirtbag.

"Next time if I get a prisoner, I'll do this where you can't see what happens."

Dille also claimed that Gallagher shot near two women wearing hijabs, as they were walking along a river.

He said the women started running and Gallagher continued to fire multiple shots as they ran away.
Dille believed the civilians were not targets.

Gallagher, 40, a highly decorated veteran who has served 19 years in the Navy, pleaded not guilty to the May 2017 murder.

His defence team has said in a statement that the allegations are "a smear campaign full of lies," KSWB-TV reported. 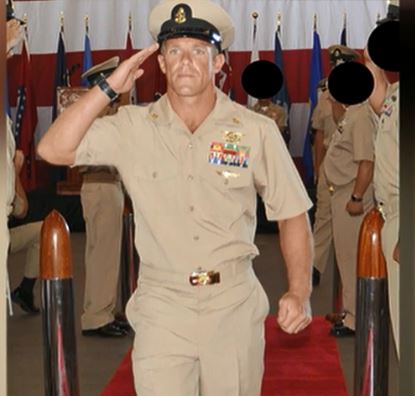 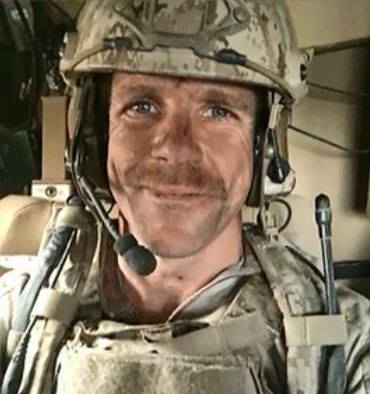 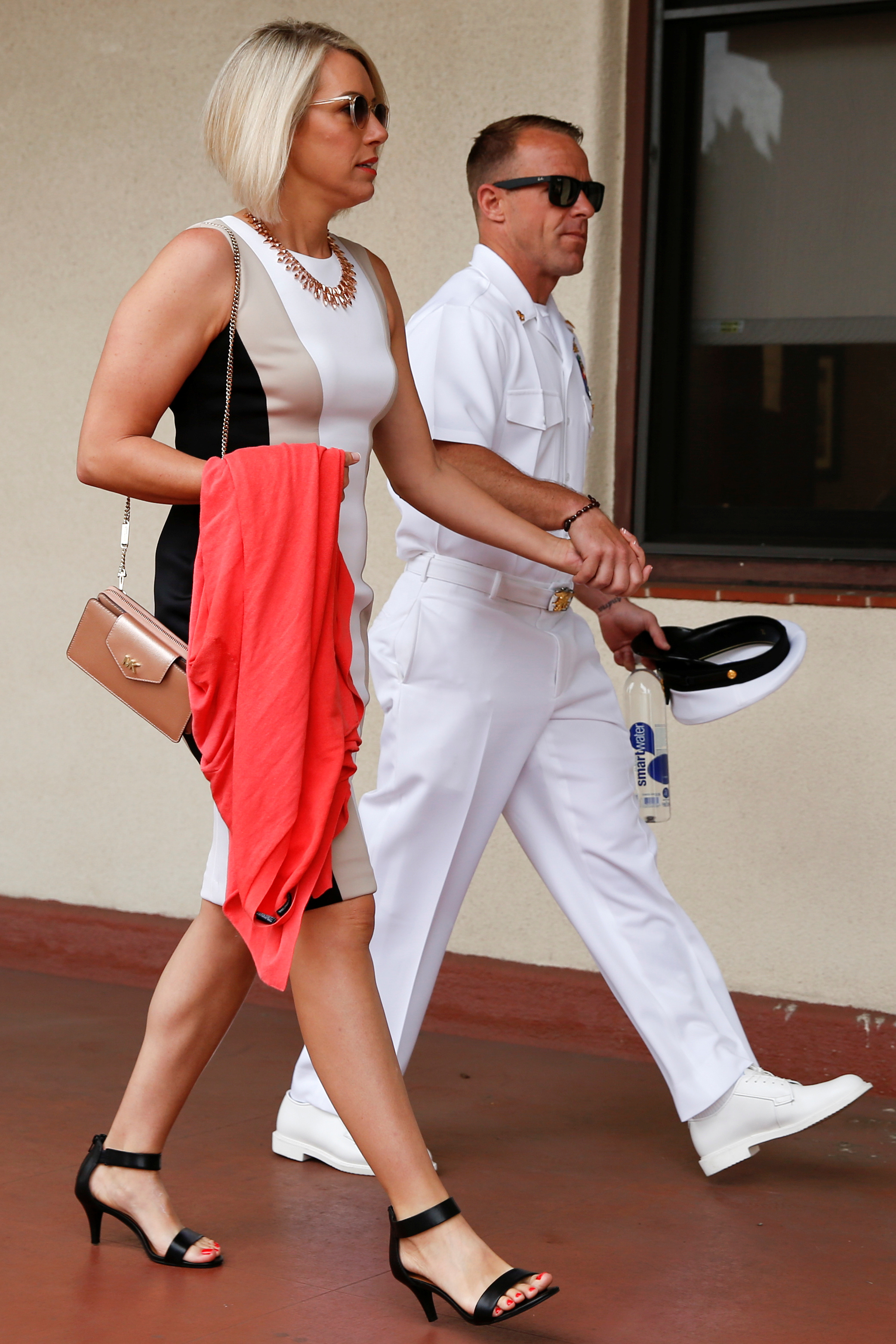