NSW Nationals' state director Joe Lundy has apologised to the former head of its Women's Council after she received a scathing email from a close associate of John Barilaro blasting her resignation letter.

Jess Price-Purnell, who stood as a Nationals candidate in 2015, quit the role and her membership last Friday after she learned the party's Central Council was planning to vote on her expulsion for writing a recent opinion piece in News Corp papers critical of Mr Barilaro for "politicising" the koala issue. 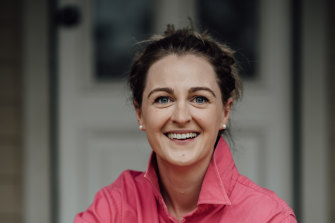 Jess Price-Purnell, a former NSW Nationals candidate and head of its Women’s Council, resigned on Friday before her likely expulsion from the party after criticising Deputy Premier John Barilaro’s stance on koalas and his political antics.

"It is with sadness, yet not regret, that I write to inform you of my resignation from the NSW Nationals," Ms Price-Purnell wrote. "After being informed today of a motion asking me to show cause to retain my membership, I feel this is the more dignified way to go."

Ms Price-Purnell said she had decided to give up her party membership after serving for seven years on the Young Nationals executive and as a Women's Council executive for six years.

Her exit comes amid an exodous of senior Nationals from the party. On Sunday, Leslie Williams, the MP for Port Macquarie rocked the party by defecting to the Liberals, while former leader Troy Grant and Niall Blair, a former deputy leader, both lately gave up their party membership. 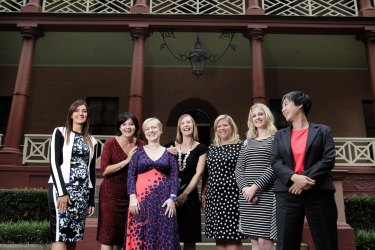 Ms Price-Purnell (second from right) ran as a Nationals candidate for Cessnock at the 2015 state elections. She was joined by other female candidates, including Jodi McKay, the state Labor leader (second from left).Credit:Louise Kennerley

"I have worked and volunteered on campaigns across six seats, including as candidate for Cessnock where I was actually spat on for being a Nat," she said. "I was chastised for speaking out against Nazism and
now I am being chastised for calling out behaviour that needed calling out."

In the opinion piece last week, Ms Price-Purnell was critical of Mr Barilaro's handling of the controversial koala planning policy, saying his objections to the Berejiklian government's plans were "starting to feel like a fabricated drama".

"Pick up your toys, Barilaro, and get on with the job you were elected to do," she ended.

Ms Price-Purnell said all central councillors received the letter at their meeting on Friday and Mr Lundy, the State Director, had acknowledged it and told her the party was in the process of drafting a letter to her.

Among the response, though, was a harsh email from George Lemon, a long-time friend of Mr Barilaro's and a staffer in the Deputy Premier's Monaro electorate office.

"I certainly welcome and applaud your decision to resign," Mr Lemon said.

"There was certainly nothing short of contempt for you at Central Council on Friday with not even your few allies prepared to defend you," he went on, according to the email seen by the Herald.

"Sorry but I found your resignation letter to be just a loose smattering of puerile, shallow, self-serving, self-pitying bile."

Mr Lundy said he did "not endorse the comments below and neither do the NSW Nationals".

"It is my expectation that members of our party act respectfully towards one another and towards members of the public, regardless of differences of opinion," he said, adding he had "counselled the member and have offered Ms Price-Purnell the option to formalise a complaint under the party’s Harassment and Discrimination policy".

Ms Price-Purnell said she had received a similar response from Mr Lundy but did not consider it an apology.

"I made the complaint [on Monday] night" about the email, she said.

Mr Lemon did not respond to the Herald's approach for comment.

A spokeswoman in Mr Barilaro's office said the Nationals leader did not know about Mr Lemon's email. Mr Barilaro announced after the Friday Central Council meeting that he was taking a month's leave to deal with mental health issues.

The break came a week after backing down from a threat to move his party's MPs to the crossbench unless their Liberal coalition partners weakened the proposed koala planning guidelines that mostly affect land that is converted from farming to other uses, such as a housing sub-division.