A MUM was slapped with a fine by cops after she was caught walking around with her week-old baby in a shopping bag.

The unnamed woman, 29, was stopped by concerned passers-by in Ukraine after they heard a baby's cries from inside the bag. 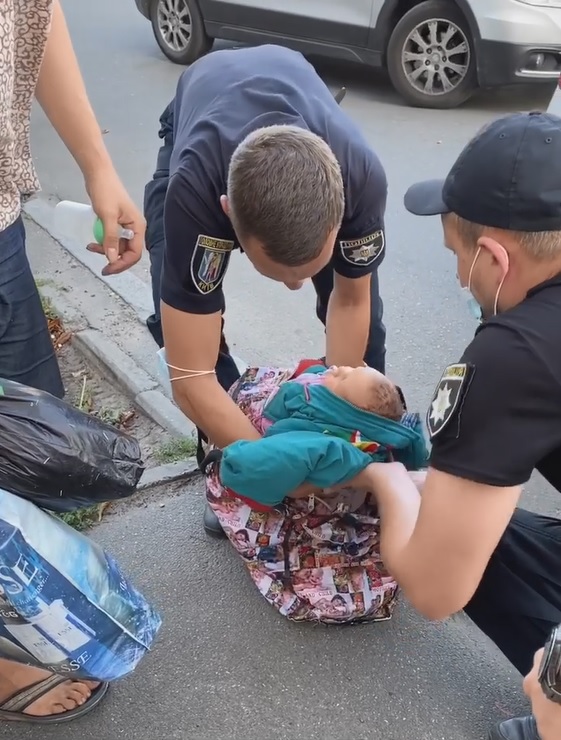 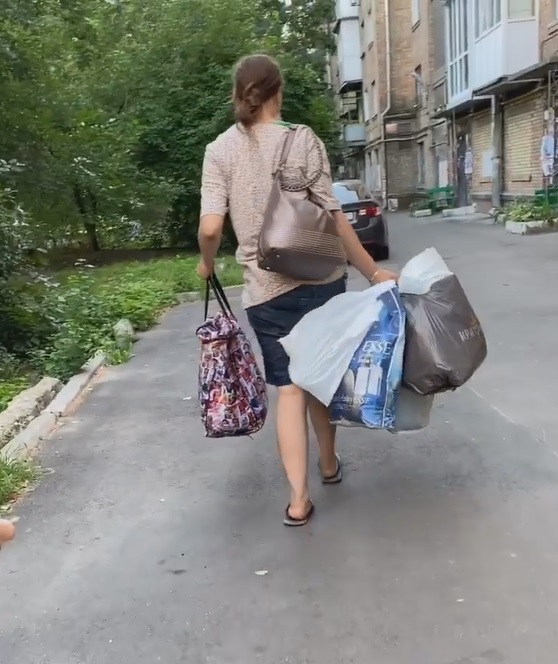 She was walking along the street in Kyiv, Ukraine's capital and "singing a lullaby to her bag", eyewitnesses said.

One witness told local media: “The woman behaved weird and I started watching her.

"Then I heard a baby crying. The next moment, I realised the cry was coming from her bag.

“I approached her and asked if I could look in the bag. She said ‘no’ and hurried away. I reported the woman to the police.”

The video filmed by an onlooker shows officers stopping the mother then pulling the baby out of her bag.

The mother can be heard saying to cops: “Leave him alone. He is alive. He is fine.”

However, some witnesses whose voices are heard in the background expressed concerns about the child’s well-being.

One female voice told: “He could suffocate in the bag.”

“The woman behaved weird and I started watching her. Then I heard a baby crying. The next moment, I realised the cry was coming from her bag.

While another woman commented: “The child is wrapped in a winter jacket. He is all wet.”

According to reports, the temperature was 30 С at the moment of the incident.

The officers reportedly put the baby in the back seat of their car and called an ambulance.

The child was taken to hospital and is now under constant medical monitoring, say local media.

Police officer Maksim Kravchuk told: “We looked into the woman’s bag and saw the newborn inside.

“We put the child into our car while we were waiting for an ambulance.

“The mother behaved aggressively toward us.”

Explaining herself to cops, the mother said ‘she put the baby into her bag because she did not have a pram’.

The woman, who has six children, also said ‘she recently came to Kyiv from the city of Odessa hoping to find a job’.

She faces a fine for not fulfilling parental duties, police said. 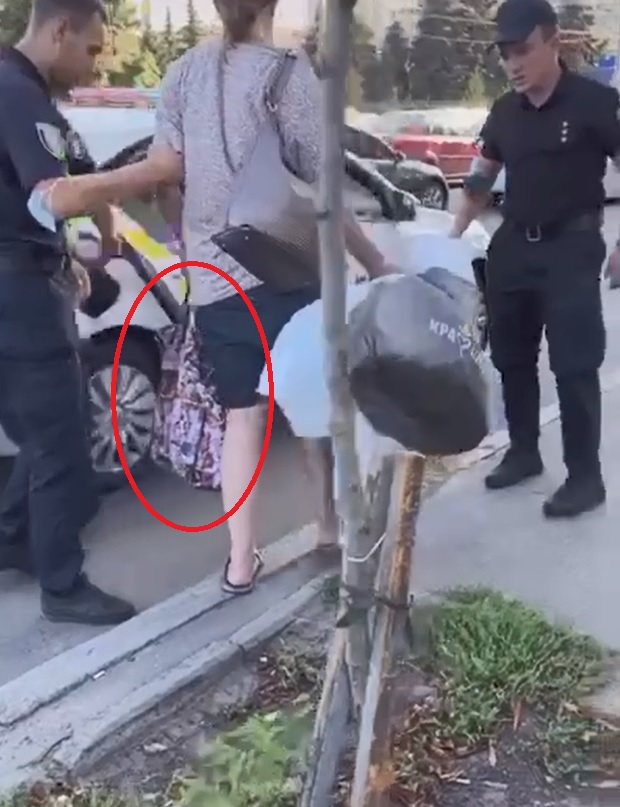 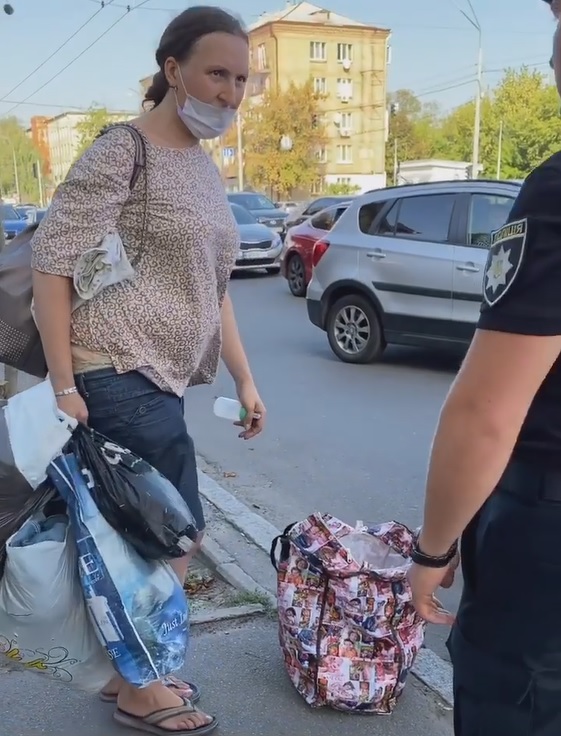