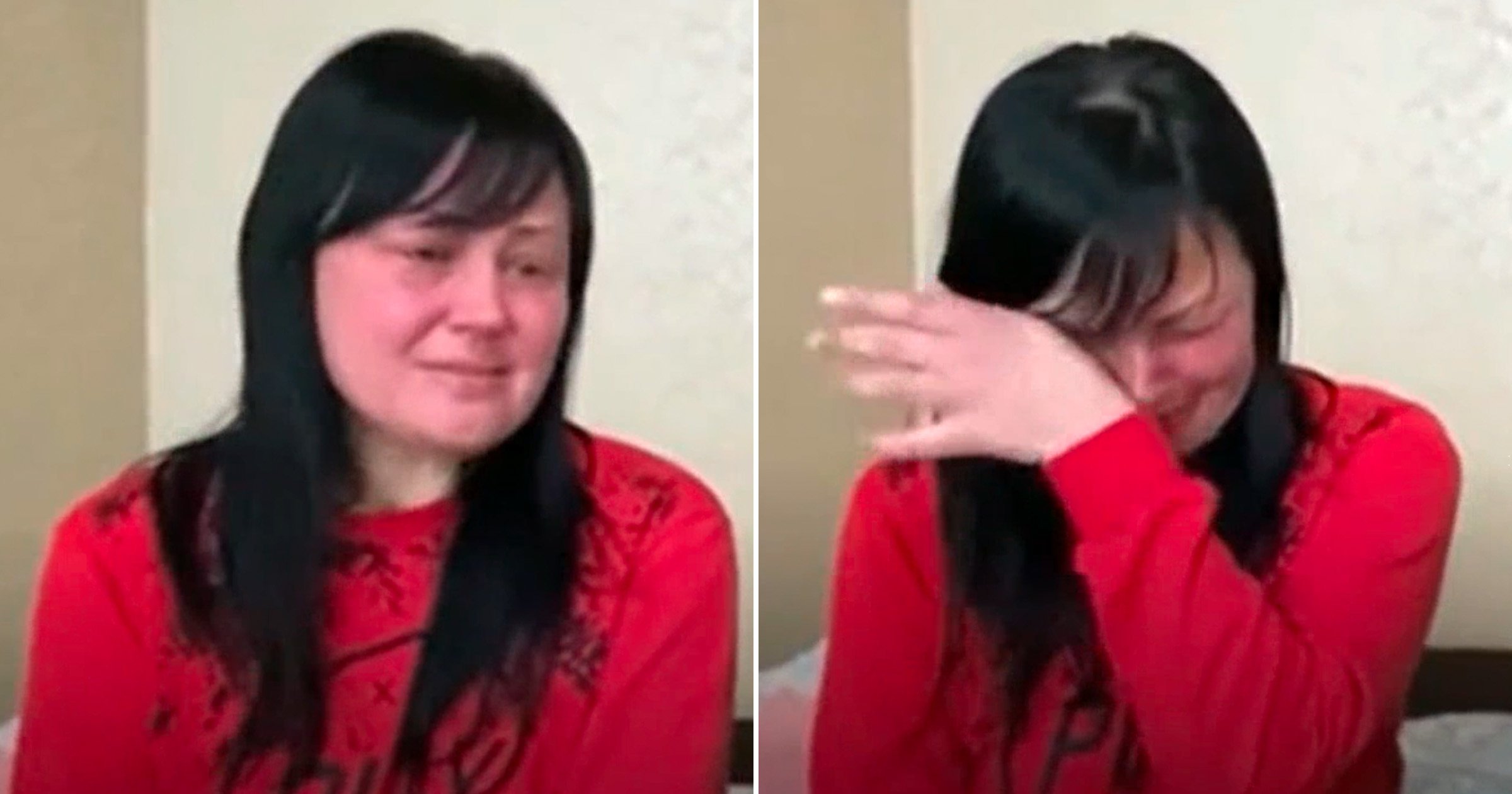 A mother sobbed as she told reporters how her daughter was allegedly raped and killed by Russian forces.

Karina Yershova, 23, was found dead in a garden in Bucha, Ukraine, with ‘tears’ and ‘wounds’ on her body, her parents said last month.

Now mum Olena and stepfather Andrii Dereko have given another interview when they described their anguish.

‘The police said that she was badly tortured,’ Olena told Ukraine24.

‘My girl wanted to live so much. She even applied tourniquets to herself to stop the bleeding.’

Andrii said: ‘They shot her in the legs. Then, with a shot in the head, they killed her.’

They had posted on social media anxious about Karina’s whereabouts, and eventually learned what happened after a body was found matching her description.

Photos showed how all of her fingernails, except one painted pink, had been torn off.

The skin on her hands was so scorched that bones were visible.

Exactly what happened to Karina before her death is not clear, however there were were clear signs of torture, with the Derekos saying the situation was so upsetting that police withheld details from them.

Mr Dereko said previously that he would learn to speak Ukrainian as he was ‘ashamed’ to speak Russian.

Last month, there was global outrage at scenes from Bucha where civilian bodies were found littering the streets.

Many victims had their hands bound behind their backs, suggesting they had been executed.

There were widespread accusations of war crimes and rape of Ukrainian women and girls by Russian soldiers.

Ukrainian politician Olga Stefanishyna said on Tuesday: ‘Sexual violence is one of Russia’s instruments to demoralise society. Our immediate priority is to help victims and their families, provide them with necessary psychological, medical, judicial support.’

President Zelensky, who has visited Bucha, said previously: ‘This is only one town. One of many Ukrainian communities which the Russian forces managed to capture.’

Referring to a town 16 miles west of Bucha, he continued: ‘Now, there is information that in Borodyanka and some other liberated Ukrainian towns, the number of casualties of the occupiers may be even much higher.’