Researchers in Southern California have added another mountain lion to a group of big cats the National Park Service is studying in the Santa Monica Mountains.

The 50-pound female cougar was located in a trailer park in the Pacific Palisades neighborhood Monday morning, according to the California Department of Fish and Wildlife. 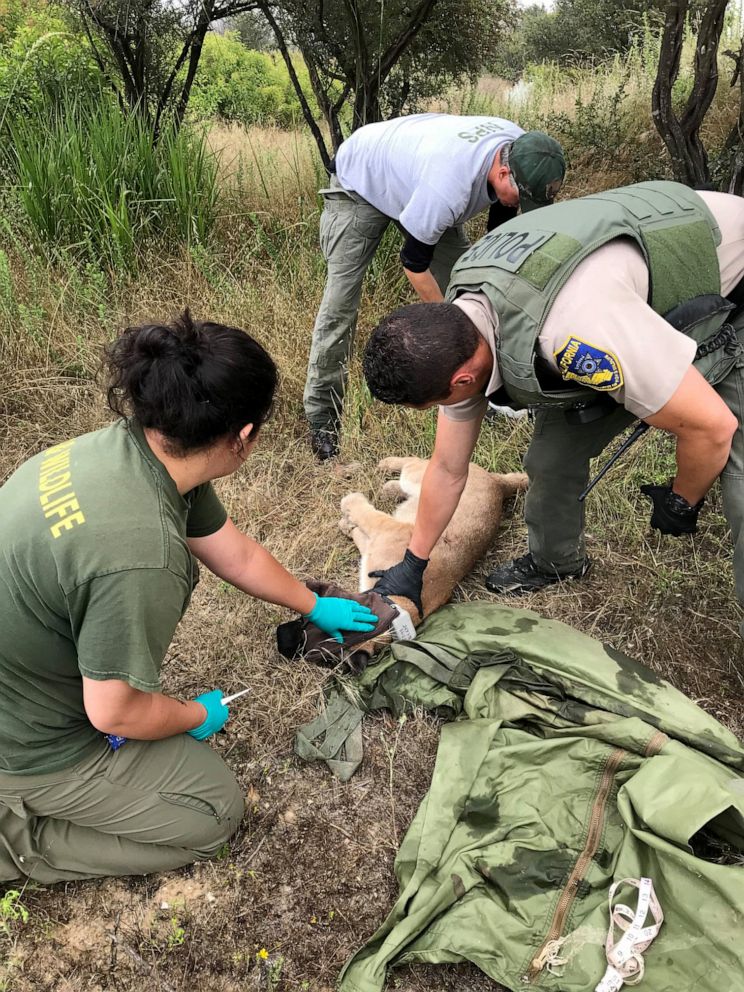 Officers from the Los Angeles Police Department secured the scene so wildlife officers and biologists from the department could tranquilize and remove the cat.

Researchers from the department and the National Park Service placed a GPS tracking collar on the mountain lion, now nicknamed “P75,” and placed an identification tag in its ear.

After the tranquilizer wore off, the female cat was released into the Santa Monica Mountains National Recreation Area.

The cougar is the 75th lion to be entered into the study and the 10th active, collared mountain lion currently in the Santa Monica Mountains.