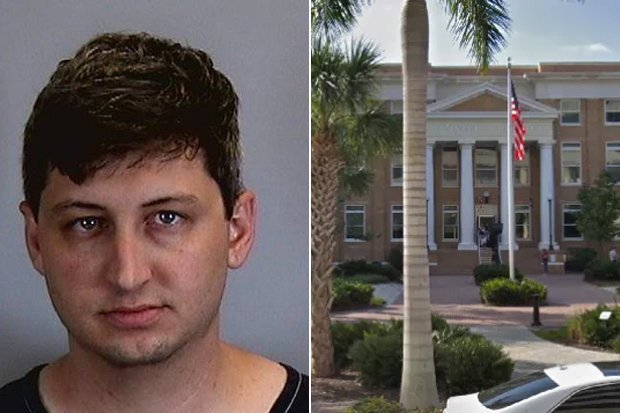 James Lockhart, 31, of Bradenton, Florida, received the maximum sentence for his abominable crimes.

He pled guilty to producing, distributing and possessing child abuse footage in March and has now been caged.

Lockhart produced four videos of himself violating his daughter between March 2016 and February 2018, according to the US Justice Department.

He then posted the clips in a dark web forum under the aliases StrangeWood and Hardwood.

Lockhart said more videos would be produced and took suggestions, according to a plea agreement.

His home was eventually raided in October in a child pornography investigation dubbed Operation Test Pilot.

Homeland Security agents showed the footage to his wife, mother to their boy and girl.

She identified the victim as her daughter and said the man’s hand belonged to her husband.

The girl’s stuffed animal toy was also visible in the harrowing footage.

“This deviant committed the most horrible atrocities imaginable to a one-year-old child.

“HSI’s national and international partnerships have helped ensure that this predator will never again harm a child.”

Lockhart worked as a licensed paramedic at Paramedics Logistics Florida for six years before being fired in October.

His arrest was part of the U.S. Department of Justice’s Project Safe Childhood initiative.

Nick Cordero’s GoFundMe Raises More Than $860K for His Family
Recent Posts
We and our partners use cookies on this site to improve our service, perform analytics, personalize advertising, measure advertising performance, and remember website preferences.Ok