THIS is the shocking moment a would-be illegal immigrant crawls out from under a British tourist coach as astonished drivers look on.

The man — believed to be from north Africa — was caught hiding in the ENGINE compartment of the vehicle parked in Calais, France. 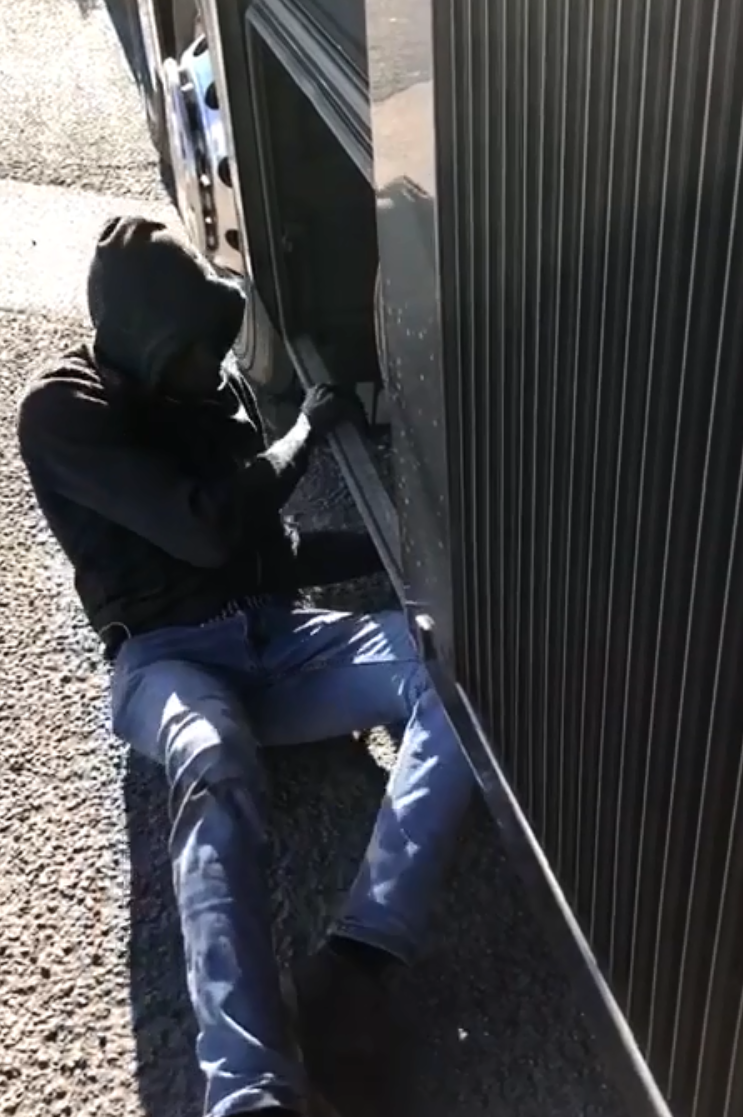 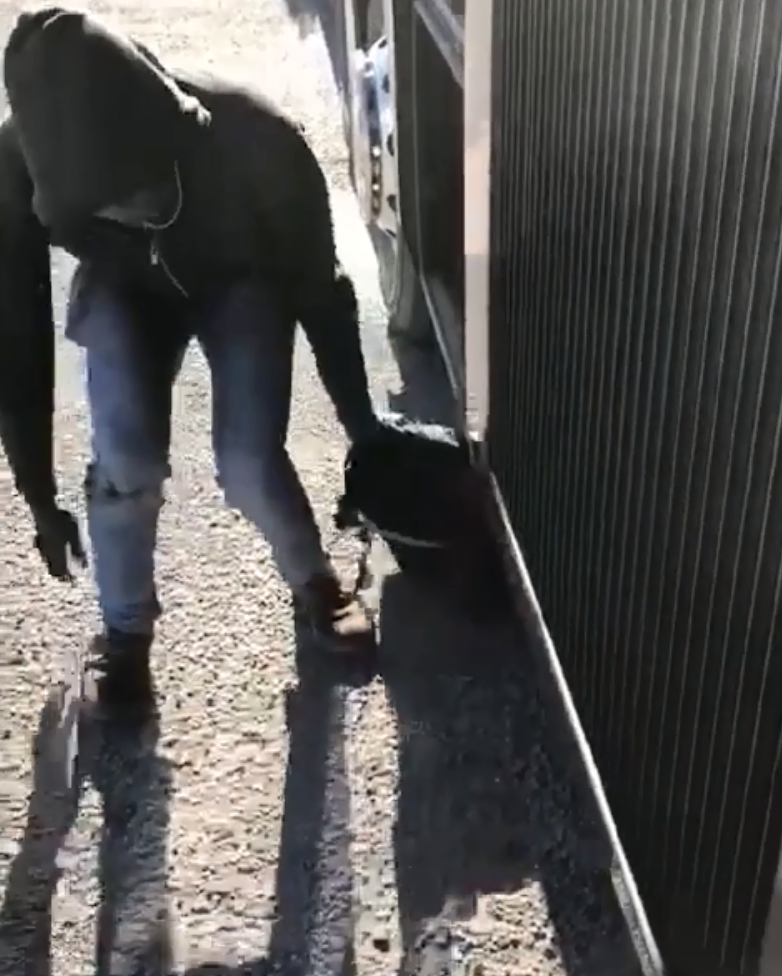 After being rumbled the desperate man slowly hauls himself out of the tiny space before dusting himself down and walking away from the coach park at Quai Vurhin Calais about 9am Friday.

A driver, who asked not to be named, found the man while making checks ahead of a return journey to England via the Channel Tunnel.

He said: "We were doing the normal walk-around checks and we saw a pair of eyes in the engine area, we think he came in underneath.

"We politely asked him to get out.

"Luckily because of the work we were doing there were four or five us. He was compliant."

Following the discovery at an official French coach park, the driver said the man's scent was picked up by a sniffer dog at the Port of Calais, despite him no longer being there.

The driver added: "We explained the situation and he said it was the third such case he had been told of that day."

Cops were not called to the incident on Friday, which starkly illustrates the scale of the migrant problem still faced by Britain.

Large numbers of migrants are still camped in several areas across northern France, each hoping to make a new life in the UK.

People smugglers are approaching migrants in Calais every day with an offer to take them to England in boats for a £4,000 fee.

There are around 1,200 would-be migrants living in makeshift tent villages in woodland on the outskirts of the port.

Border Force officials have intercepted a number of attempts to cross the English Channel in small speedboats and even makeshift rafts.

And Liverpool fans confronted a migrant they found under a bus taking them back from the Champions League final earlier this year.

In the last month, nearly a dozen boats reached UK waters with a total of 92 people — the highest number since December.

The start of June saw a “record number” of migrants being spotted off the Kent coast trying to reach Britain in the hot weather.

In March scores of migrants stormed a DFDS Seaways ferry in the Port of Calais, hoping to hitch a ride to Dover.
Vehicle drivers face a £2,000 fine if they unwittingly bring a migrant into Britain, with the UK Border Force also hitting transport firms with a £2,000 penalty.
Coaches and lorries can also be confiscated by Border Force officials if they believe the fines may not be paid.

A Home Office spokesperson said: "We are working closely with our French counterparts to tackle illegal migration.

"Since December we have agreed a joint action plan with France and increased activity out of the Joint Coordination and Information Centre in Calais."

For 20 years, migrants have gathered around the French port of Calais.

It's a common point from which to launch an attempt to enter the UK by crossing the Channel Tunnel or by secretly hiding on ferries and lorries crossing the English Channel.

During the European migrant crisis in 2015, Migrants established an unofficial encampment often referred to as the Calais Jungle.

The camp was completely cleared by French authorities in 2016, but migrants have continued to attempt to enter the UK illegally from makeshift camps dotted around Calais.

Smugglers have aggravated the situation by offering to take people across the Channel for thousands of pounds.
There's estimated to still be around 1,200 would-be migrants still living in Calais.

Border Force has entered into a joint action plan with France to tackle clandestine crossings, with more than £6m invested in security equipment.

Surveillance of the Channel by air and boat patrols has also been stepped up. 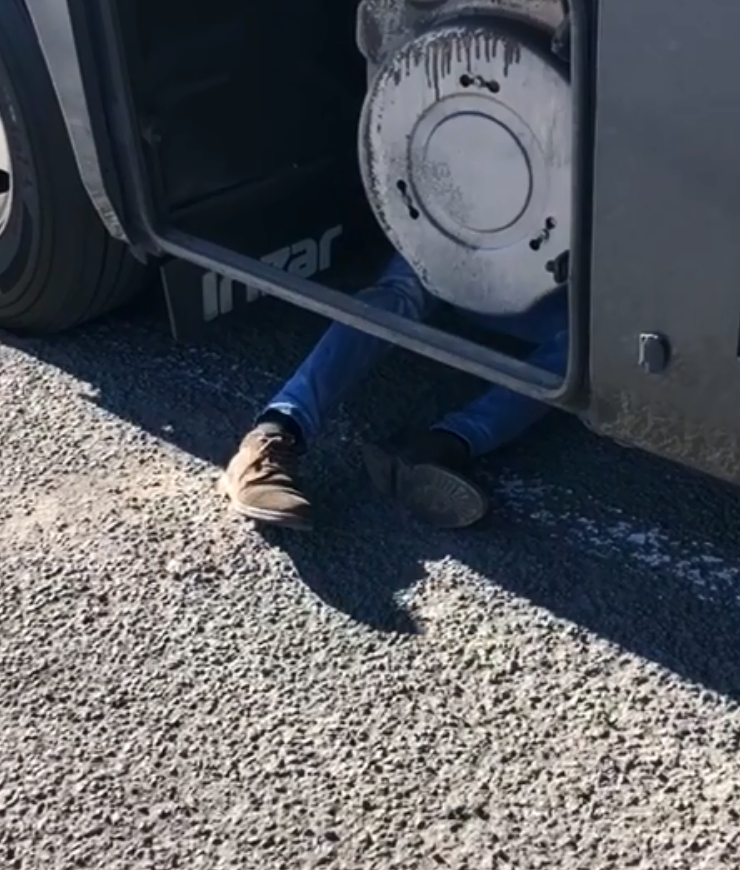 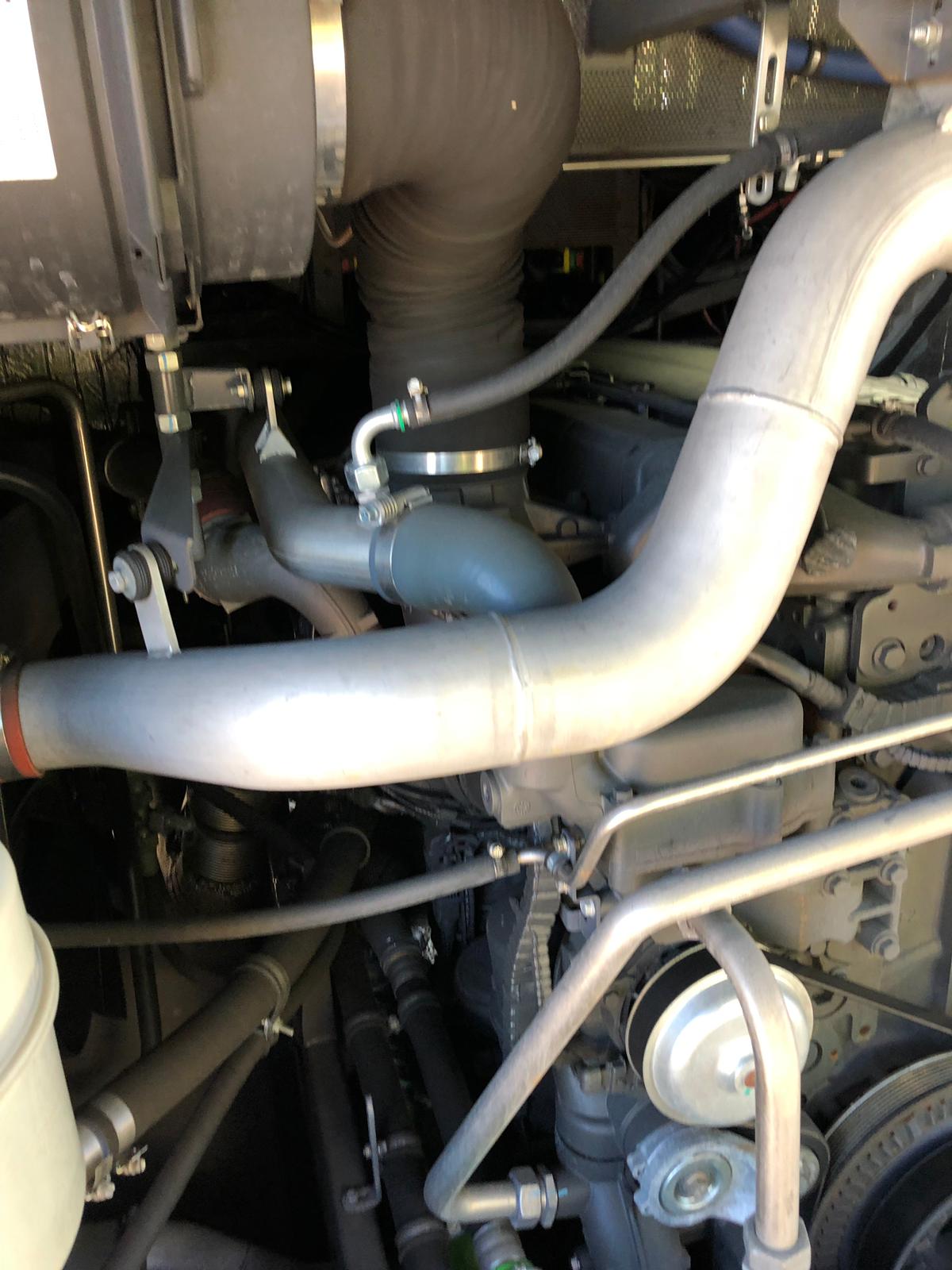