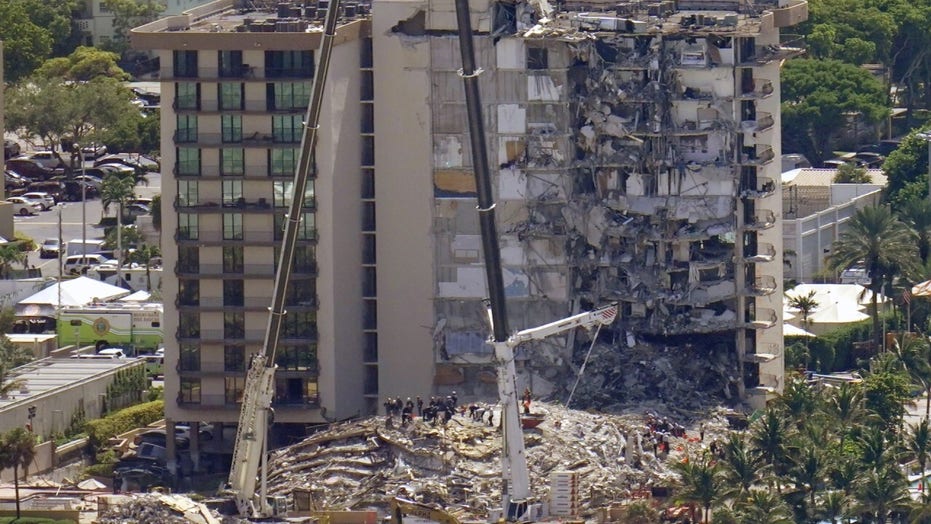 Florida professor on condo collapse: Building was already ‘moving down’

A woman missing in the deadly Florida condo building collapse called her husband as the tragedy unfolded — and said she saw a sinkhole where the pool used to be before the line went dead, according to a new report.

The model, actress and Pilates instructor woke her husband in Washington, D.C. and frantically told him that their building was shaking before making the startling comments about a sinkhole, according to the outlet. 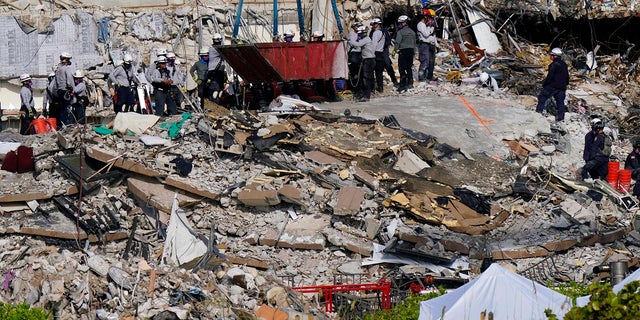 Workers search the rubble at the Champlain Towers South Condo on Monday. (AP)

FAMILIES OF THE MISSING VISIT SITE OF CONDO COLLAPSE

The Washington Post reported that Stratton was on her fourth-floor balcony when she felt a tremor and saw the pool deck cave in.

A structural engineer who inspected the tower last year told CNN that what Stratton saw “definitely” could have been a factor in the catastrophic collapse.

Jason Borden told the network that if the pool deck or structural slab near the building failed or was compromised, “it could have contributed to the end result.”

But he also said he was not alarmed by the cracks and deterioration he had observed during the hour-long inspection.

“I saw cracks in the stucco facade. I saw deterioration of the concrete balconies,” Borden told host John Berman on “New Day.”

“I saw cracks and deterioration of the garage and plaza level but those are all things that we are accustomed to seeing and that’s why our job exists – to maintain and repair the buildings,” he added. 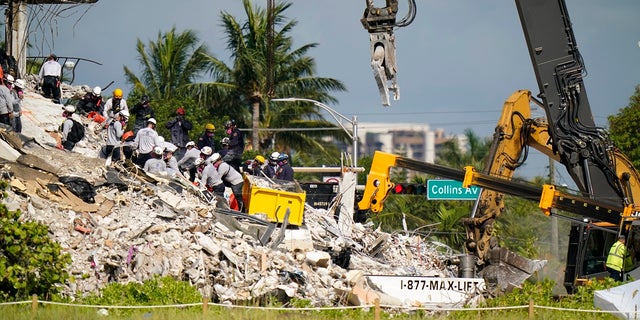 Many people are still unaccounted for after Thursday’s fatal collapse. (AP)

DEVELOPERS OF COLLAPSED CONDO TOWER ONCE WERE ACCUSED OF PAYING OFF OFFICIALS, REPORT SAYS

Borden said what he saw was typical of buildings about 40 years old on the coast, adding that what he observed was consistent with the nature of reinforcing steel and concrete over time.Borden also said the findings of a 2018 inspection report — that noted structural damage, cracks, and possible spalling under the pool and garage — were “typical of what we see in buildings of this age and condition.”

“They had done the full investigation that we were proposing to do,” he told CNN.”They went through and detailed very thoroughly exactly what was wrong with the building, again, is very typical of what we see in buildings of this age in this condition.”

Borden then expressed confidence in the integrity of Champlain Towers North and East.

“You know they are maintaining their buildings. Personally, I am confident in the stability of those buildings because I’ve been closely involved with Champlain Towers East,” he said.

Mike Stratton, a 66-year-old Democratic political strategist, last saw his wife on June 21 before he left on a business trip to DC, the Herald reported.

The senior policy adviser with the law firm Brownstein Hyatt Farber Schreck who splits his time between Denver, DC and Miami, said he and his wife had lived at Champlain Towers South Condo in Surfside for about four years.

He met Cassie, who splits her time between Miami and New York City, seven years ago at a Super Bowl party in the Big Apple. They got hitched two years later.

Mike said his wife, originally from New Orleans, has so many friends that he jokingly coined the phrase “everybody loves Cassie” several years ago.

“She was the most fun, vivacious person you could ever imagine,” he told the paper, his voice cracking with emotion. “She was full of life, we were always doing something. There are so many interesting places to go in Miami and we took it all in.”

This story first appeared in the New York Post.