Met Police officer, 36, caught secretly photographing a woman in a Primark changing room before being caught with ‘vile’ images of children is given a suspended sentence

A Metropolitan Police officer who was caught secretly photographing a woman in a Primark changing room before being caught with ‘vile’ images of children has been give a suspended sentence.

Swaleh Chaudhry, 36, spied on his victim while she was changing her trousers before she spotted his camera at the changing room in Wandsworth on March 30.

Following his arrest, a search of his Wandsworth home uncovered devices with hundreds of pornographic images and videos of children and animals.

He later pleaded guilty to one count of voyeurism, three counts of making indecent images of children and possession of extreme pornography involving animals.

Choudhury, who has already served 16 weeks in custody, was given a 10-month sentence to be suspended for 18 months. 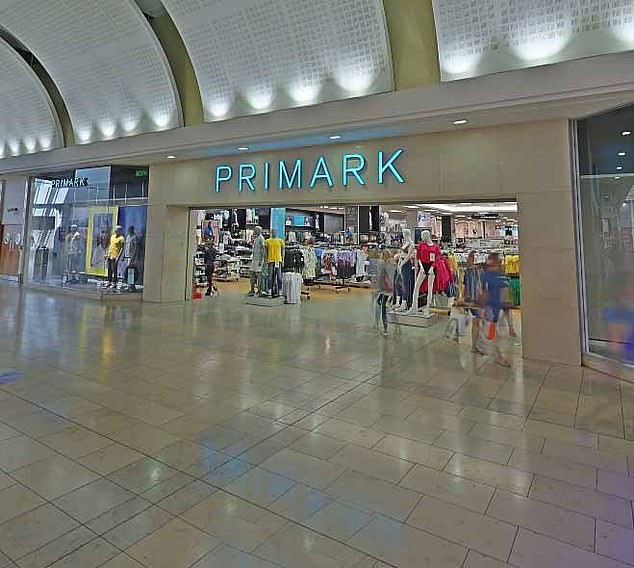 Swaleh Chaudhry, 36, spied on his victim while she was changing her trousers before she spotted his camera at the changing room in Wandsworth on March 30

Appearing today at Kingston Crown Court, prosecutor Stephen Apted said that Choudhury, who was off-duty at the time, had entered the unisex changing rooms 15 minutes before the woman arrived.

‘On the 30th of March of this year, the victim, who is in her mid-twenties, was shopping in Primark at Southside Shopping Centre in Wandsworth at about 4.40pm,’ he said.

‘She took some trousers into the changing rooms and after changing the first pair, she heard a rustling and saw a camera underneath the gap in the adjoining changing room,’ Mr Apted continued.

The victim had shouted ‘Are you recording me?’ and heard Choudhury responding ‘No’, an interaction which was overheard by her boyfriend.

He confronted the defendant and he was then placed in a room by staff members at Primark, whilst the victim contacted the police.

The court heard that Choudhury had ‘continued to protest his innocence’ and allowed staff members to look at photographs on his phone. 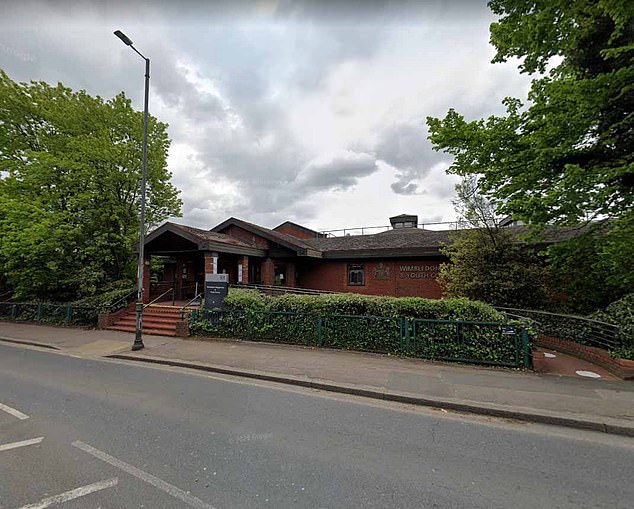 He later pleaded guilty to one count of voyeurism, three counts of making indecent images of children and possession of extreme pornography involving animals

After officers arrived, he informed them that he was a serving member of the Metropolitan Police force and they found his warrant card and his mobile phone. A search of his home address found a number of electronic devices, including a USB and a storage device which held hundreds of ‘disgusting and extremely distressing’ pornographic images that had been downloaded between 2011 and 2014.

The court heard that these pictures and videos involved the abuse of young children and the penetration of child victims by adults.

He pleaded guilty at his first appearance at Wimbledon Magistrates court and handed his resignation to the Met Police.

In an impact statement read aloud by the prosecutor, his victim said she had been left ‘constantly overwhelmed, confused and unsettled’ by the violation and that she had become ‘paranoid and anxious’.

‘Since this horrific incident which took place on March 30, I am not the same person. I never would have thought I wouldn’t be the woman I was before entering that changing room. I still to this day am struggling to come to terms with what had happened,’ she said.

‘Growing up, I was taught that the police were the first point of call in an emergency,’ she continued.

‘To learn that a police officer has put me in danger, completely violating me by recording me on his mobile phone for his own sexual gratification is unfathomable. How do I begin to erase the trauma that his police officer has caused?’

She also said she was ‘extremely disgusted’ by the reactions of staff at the Primark, as she claimed that the manager had ’empathised’ with Choudhury and had assured him that the police would not be called.

Handing him a 10-month suspended sentence, Judge Anne Brown said: ‘We’ve heard the victim’s statement and the very serious impact this offence has had upon her and on her life.

‘It was a nasty and disturbing offence and did in my judgement show a degree of planning on your behalf, you were some 15 minutes in that changing room. It has clearly left the victim with a deep sense of personal violation and fear.’

She continued: ‘As a police officer at the time, the public would have rightly expected you to have a strong sense of duty, to protect the public from criminal behaviour and to be someone who sought above all to uphold the law.

‘You brought shame on yourself, your family and the police service that you represented by what you did.’

Of the images of children, she said: ‘Images of the children concerned were vile and horrible and involved the abuse of young children, some of penetrative abuse by an adult of a child victim.

‘It is a common sense approach for this court to take the approach that you would only have been well aware of the harm caused to the victims of these crimes, the physical and psychological damage to child victims.’

It was also noted that his probation report had noted a ‘surprising lack of victim empathy’.

Choudhury, who has already served 16 weeks in custody, was given a 10-month sentence to be suspended for 18 months, and must complete a rehabilitation activity requirement for 35 days.

He must also attend the Horizon programme for sex offenders for 27 days as well as complete 120 hours of unpaid work.

Chaudhry, of Wandsworth, has been placed on the sex offenders register for 10 years and has been the made of a subject of sexual notification requirement, one of the conditions being that he may not use unisex changing rooms for the next decade.