Brussels previously lashed out at President Erdogan over Turkey’s drilling and energy exploration in the islands around Cyprus and Greece. The ship, Oruc Reis, was accused of entering Greece’s waters in September and on Sunday the vessel was sent for further energy explorations yet again. Following the departure of the ship, Greece’s foreign minister claimed the vessel’s latest journey is a serious escalation in relations.

The ministry said: “The new Turkish NAVTEX on surveys south of Kastellorizo within the Greek continental shelf, at a distance of just 6.5 nautical miles from Greek shores, is a major escalation.

“We call on Turkey to recall its decision.”

Turkey has stated the ship will now spend 10 days conducting research in the eastern Mediterranean.

It will also be accompanied by two other Turkish ships as it conducts energy research near Greece’s waters. 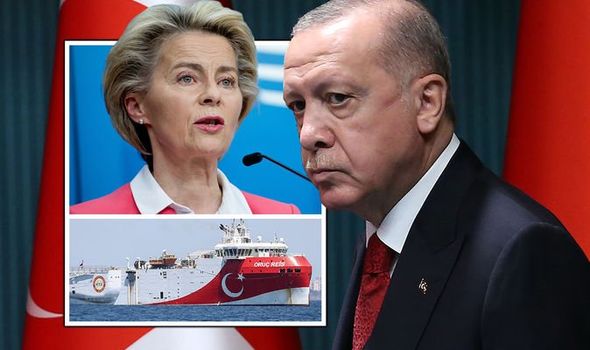 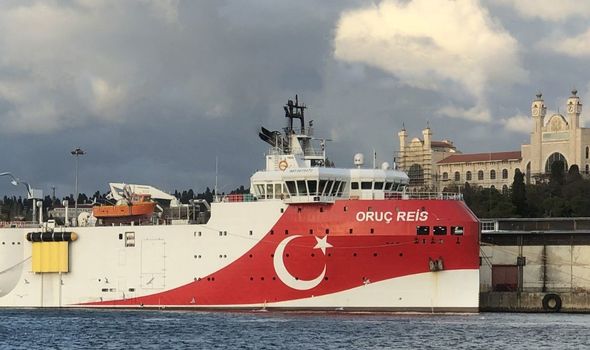 Commenting on the survey ship’s departure, Turkey’s foreign ministry accused Greece of attempting to use the EU to pressure the state.

Foreign minister Hami Aksoy said: “Exploratory talks were suspended in 2016 upon the request of Greece.

“The fact that Greece has been attempting to use the EU as a trump card against Turkey, instead of resolving her issues in the Aegean and the Eastern Mediterranean through a sincere dialogue with our country, is a futile endeavour.”

Last month, the EU warned sanctions could be imposed on Turkey if it resumes drilling in the waters.

JUST IN: Erdogan makes threat about most important battle in centuries 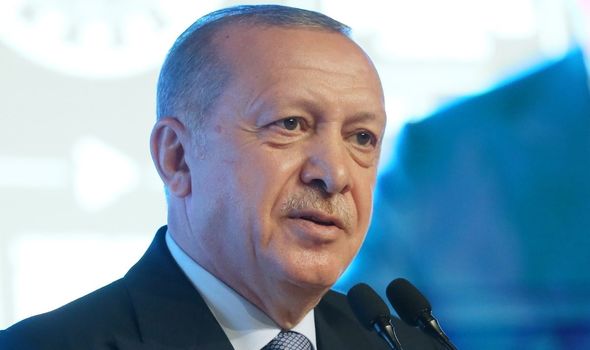 During a summit, EU Council President Charles Michel warned the state against any act which may breach international law.

A second summit is expected later this month in order to discuss how to deal with relations between Turkey and Greece.

Mr Michel said: “In case of renewed unilateral actions or provocations in breach of international law, the EU will use all the instruments and the options at its disposal.

“It is very much our wish to have a stronger voice on the international stage. 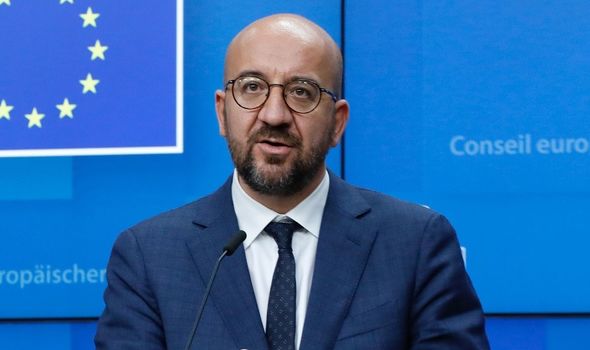 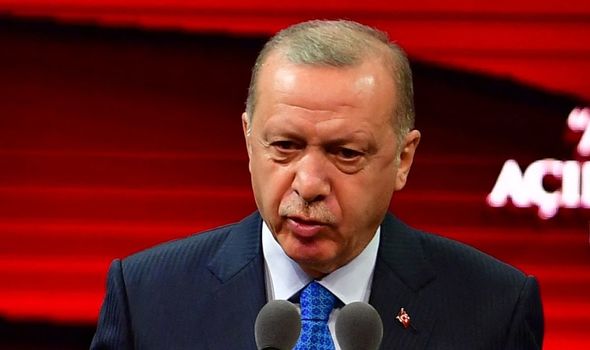 Cyprus has also accused Turkey of violating its sovereignty due to the operations conducted by the vessel.

In a further sign of Turkey’s defiance of the EU’s threats, a second ship, the Barbaros Hayreddin Pasa, will conduct similar seismic work off the coast of the island until November 9.

French President Emmanuel Macron has been one the biggest critics of Turkey’s sanctions and claimed the bloc must present a unified and firm response to the state.

He said: “We cannot reengage in a dialogue with Turkey if we allow it to cross red lines. 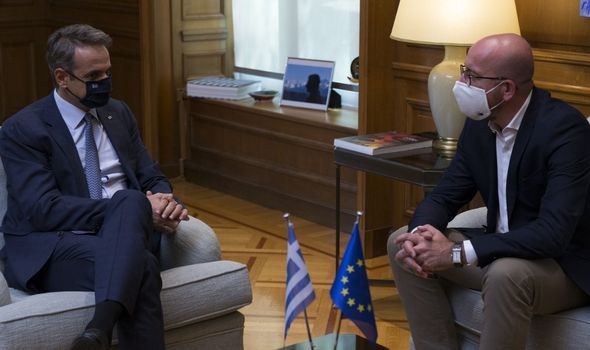 “We have to show firmness and clarity.”