TORY rivals are today desperately scrambling to block Boris Johnson from reaching No10 – as Matt Hancock quit the leadership race.

Remainers have launched a fresh "stop Boris" plot designed to shore up opposition to the frontrunner. 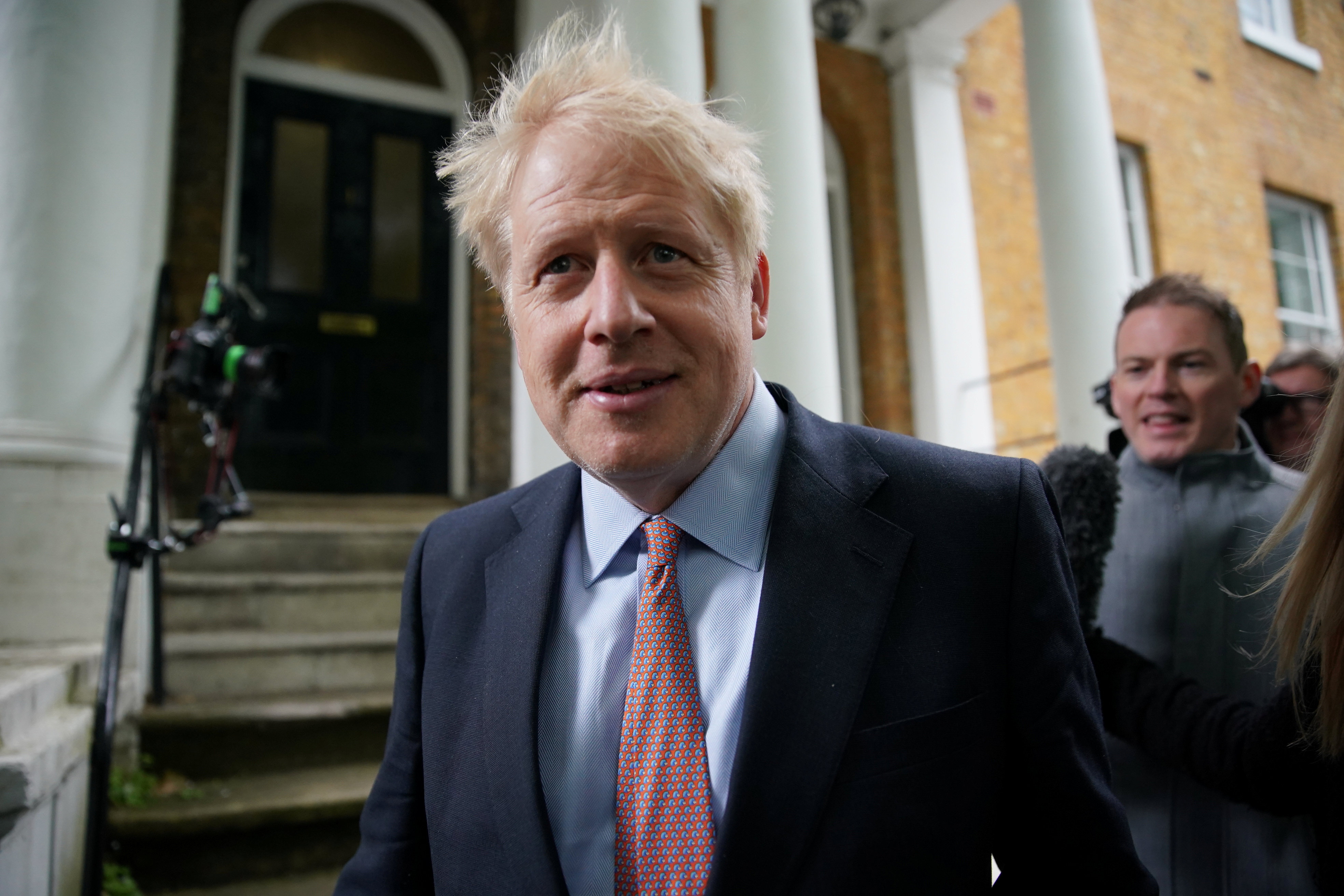 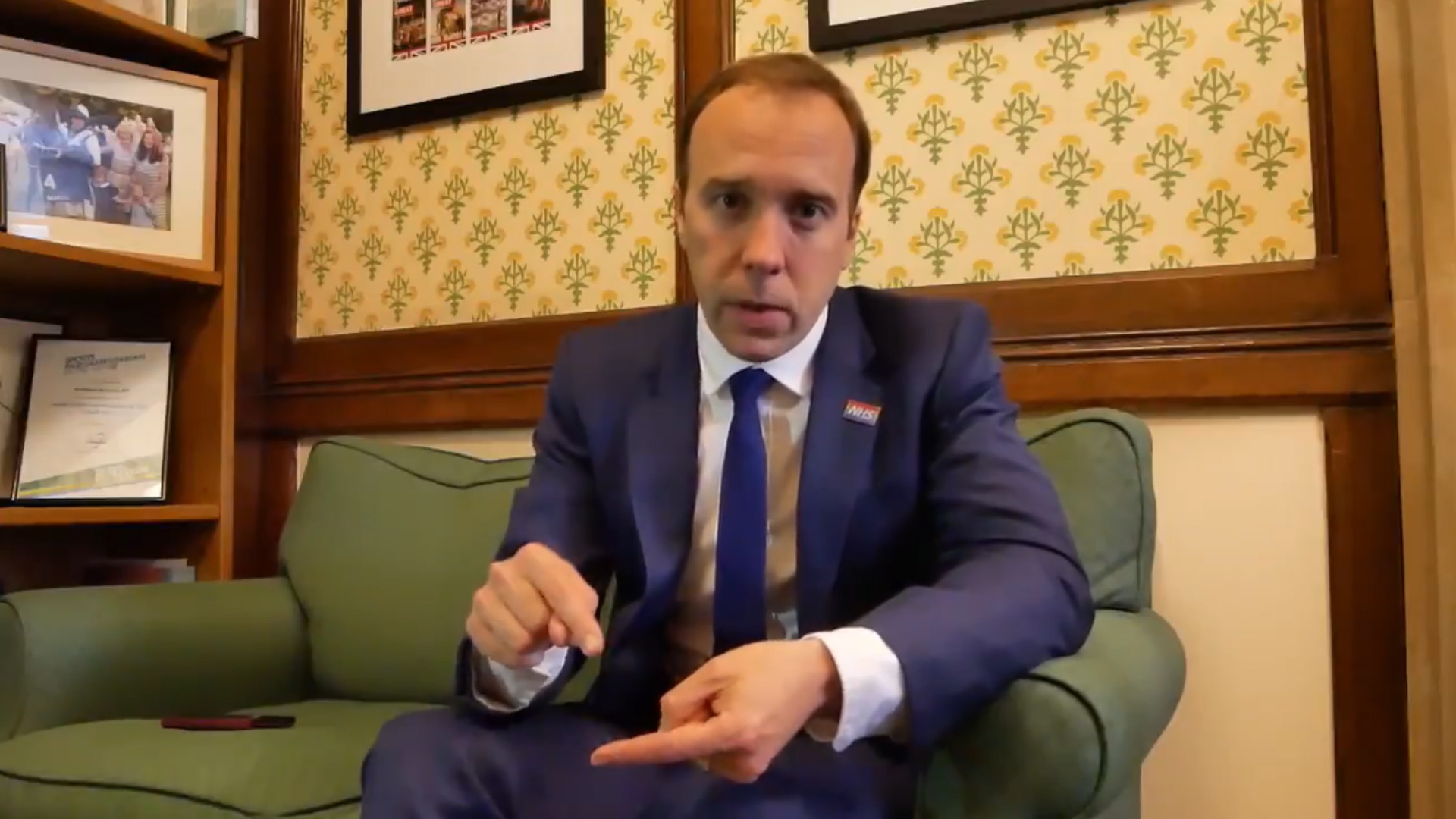 Today the Health Secretary Matt Hancock dropped his own bid to become PM admitting he has no chance of victory.

Other candidates will be keen to win his backing – to prove they are best-placed to challenge BoJo.

As the Tory leadership race ramps up:

Mr Johnson is the runaway favourite to be the next PM after winning 114 votes in the first round of the leadership election.

He is competing with other candidates to win the backing of Andrea Leadsom, Esther McVey and Mark Harper after they dropped out of the race yesterday.

Mr Hancock, who picked up just 20 votes, quit the contest today and vowed to open talks with other contenders.

Mr Hunt, Mr Gove and Mr Javid all want to secure his support to bolster their claim to be the main anti-Boris challenger.

The Health Secretary said in a statement: "I’m hugely grateful for the warm and enthusiastic support I’ve received throughout this campaign, and am proud of the way we managed to set the agenda by promoting new ideas to make people’s lives better.

"I ran as the candidate of the future, but the party is understandably looking for a candidate for the unique circumstances we face right now.

"I have therefore decided to withdraw from this contest, and I will look for the best way to advance the values we fought for, of free enterprise, and an open, aspirational, free society, underpinned by an optimistic belief in the value of each individual person."

BoJo's team insist the race is now between him, the Foreign Secretary and the Environment Secretary – saying all the other candidates are just running for "vanity".

He won the support of Apprentice tycoon Lord Sugar, who tweeted: "I seriously back @BorisJohnson to be the new PM.

"The public like him and he will have a good chance of winning the general election in 2021 if not before. Any one who can stop @jeremycorbyn from becoming PM has my backing."

Today Mr Hunt launched a string of personal attacks on Boris and accused him of dodging the public by refusing to sign up for a TV debate this Sunday.

He blasted: "What would Churchill say if someone who wants to be Prime Minister was hiding away from scrutiny?"

All five other candidates signed an open letter pledging to take part in Sunday's debate on Channel 4 – leaving Mr Johnson as the only challenger not involved.

Mr Stewart said today: "It's important that this doesn't take place in a smoke-filled room, that the public is able to see the candidates."

Boris confirmed this lunchtime that he will take part in a second debate on Tuesday – after the field has been reduced further – but won't turn up for the Channel 4 event.

Tory Remainers from outside the race have also stepped up their attacks on the Brexiteer big beast.

Justice Secretary David Gauke suggest Boris was misleading voters with his plan to renegotiate the Brexit deal in three months.

He told the BBC: "He’s either not understood the situation in my view or he’s not being fully straight about the situation with the British public."

And Philip Hammond wrote an open letter to the candidates telling them to stick to his strict deficit-cutting agenda – after BoJo promised massive tax cuts.

The most aggressive assault on Boris came from Mohammed Amin, chair of the Conservative Muslim Forum.

He said: "There are many horrible people who have been popular. Popularity is not the test.

Timetable of Tory leadership election which will pick new PM

June 7: Theresa May stood down as party leader but will continue as PM until her successor is elected

June 10: Nominations for the leadership closed with ten candidates entering the race

June 16: All candidates invited to take part in live debate on Channel 4, starting at 6.30pm

July 22: Result announced this week, in time for Commons recess to begin

"A lot of Germans thought that Hitler was the right man for them."

The second ballot of MPs will take place on Tuesday – candidates will need 33 votes to make it through to the third round on Wednesday.

By the end of next day the field will be narrowed to two finalists, with party activists having the final say on the next leader. 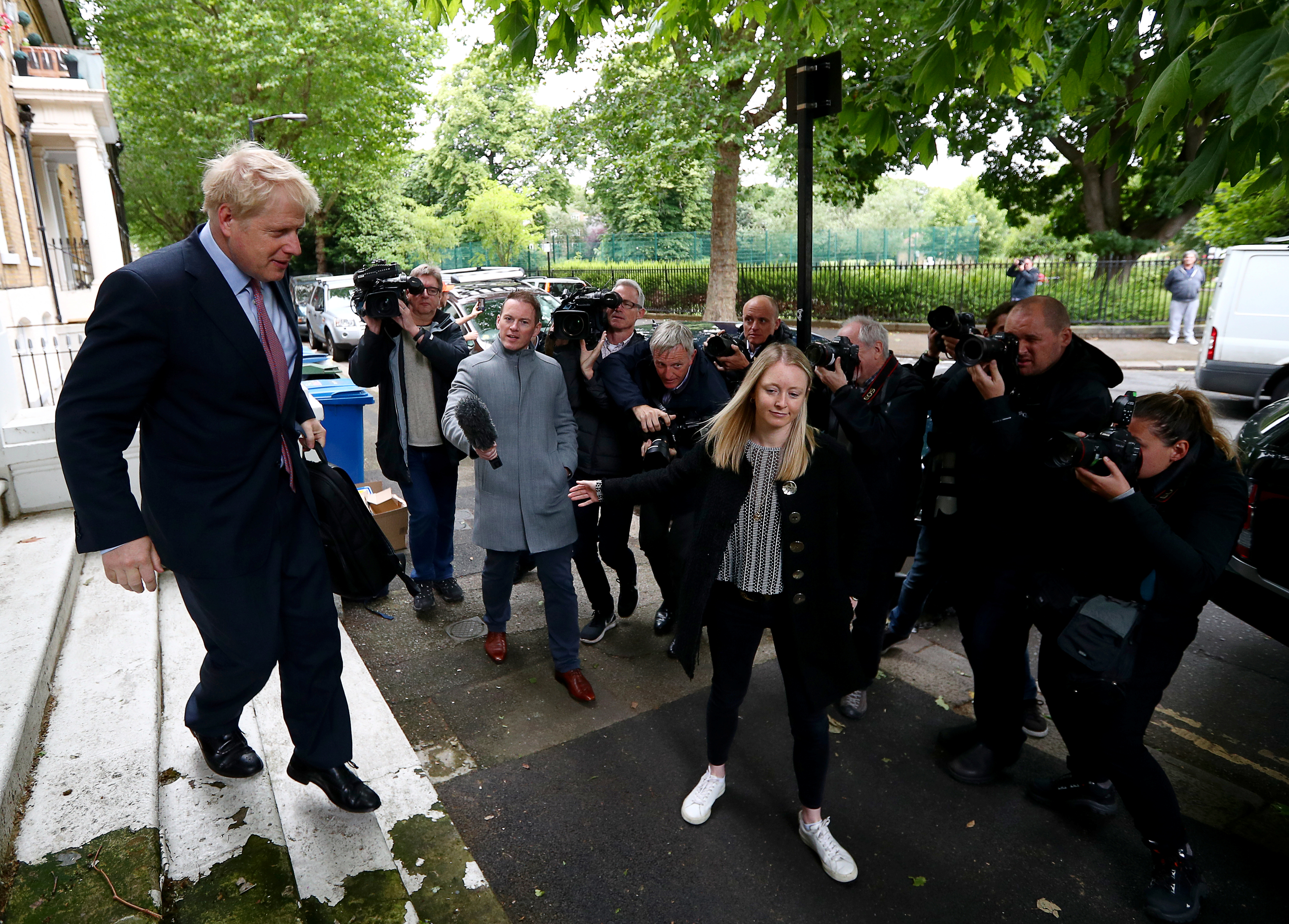 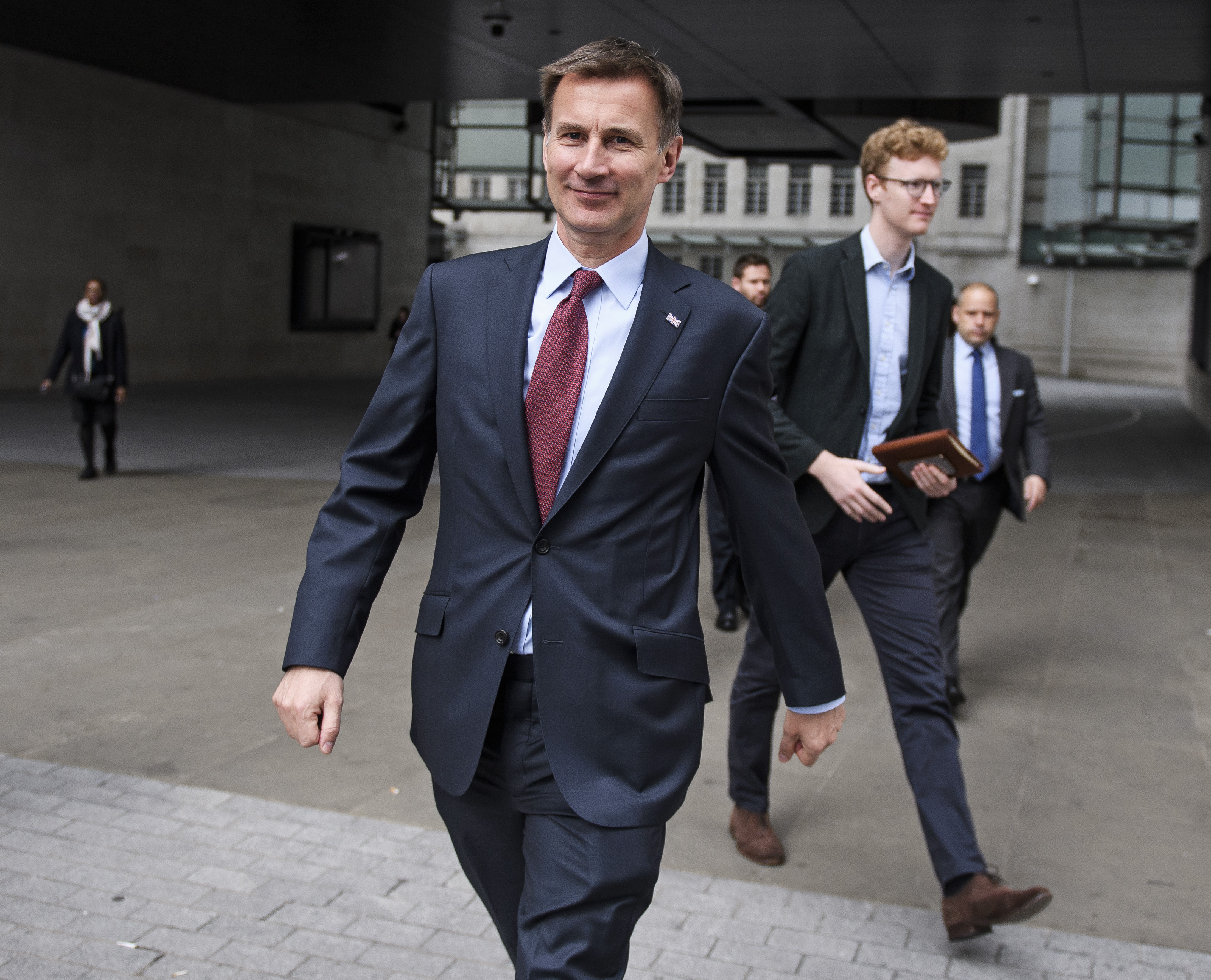 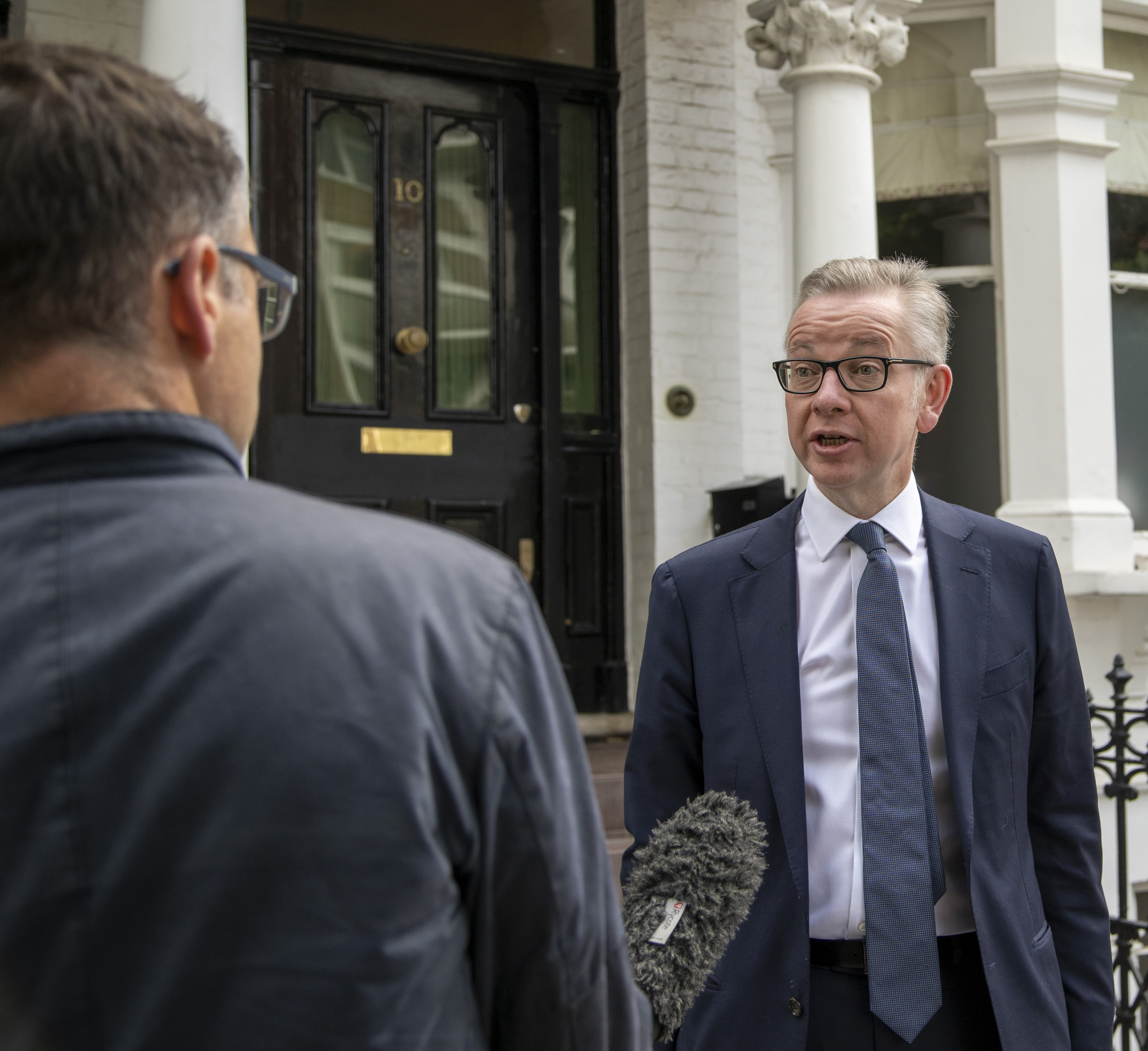 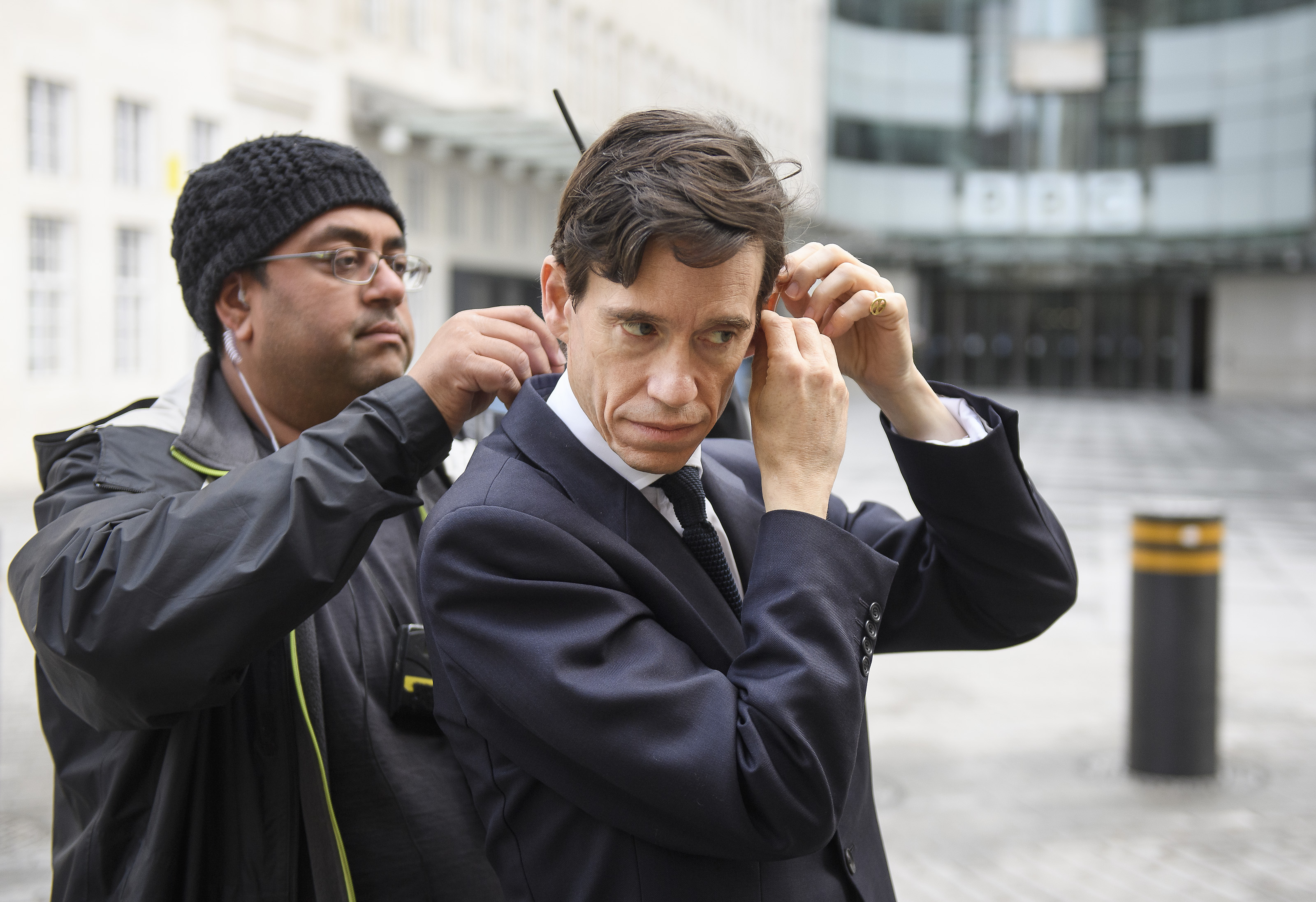