MATT Hancock opened a Cabinet rift today after saying he didn’t care that his civil servants are working home – despite desperate pleas from Boris Johnson for Whitehall officials to return to their desks.

The Health Secretary said he was concerned how his civil servants “perform” in their jobs rather than whether or not they return to the office – in direct contradiction to the PM's orders. 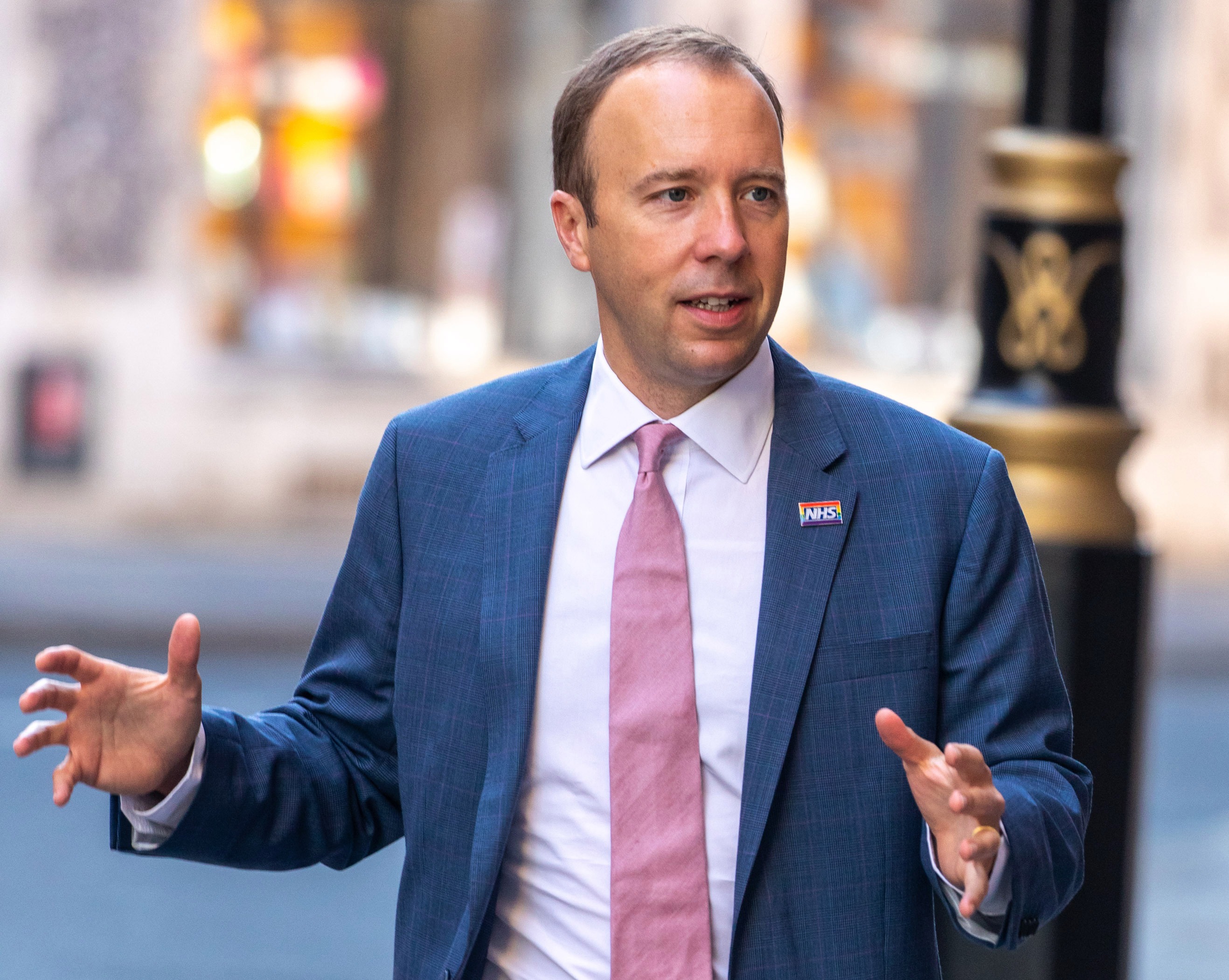 Cabinet ministers have been infuriated by the “ghost ship” departments that they wanted to fill to set an example to the rest of Britain that it’s time to go back to work.

In July Whitehall bosses were ordered to  ‘change the default that civil servants should work from home, and accelerate the return to the workplace from August 1’.

But amid claims only one in 20 are back in Westminster, Downing Street has consistently refused to publish how many civil servants are back at work.

Mr Hancock claimed he had “absolutely no idea” how many of his officials were at their desks.

Downing Street declined to comment on Mr Hancock's words, but a No 10 source said: "The PM has made his views about this very clear and has said a lot on the subject."

The slap down came after CBI director-general Carolyn Fairbairn urged the Government to lead firms in getting staff back to the workplace.

Ms Fairbairn warned that commercial centres risk becoming permanent "ghost towns" and said that returning employees to offices is as important as getting pupils back to schools.

In an interview on Times Radio, Mr Hancock was asked if he knew what percentage of staff in the Department for Health were working at home.
"I have absolutely no idea," he responded.

"What I care about is how effectively people work and obviously people should come back to the office if that is what they need to do their job.

"And also employers need to make sure the offices are Covid-secure, as we have obviously in the Department for Health, as you would fully expect us to."

He stressed: "But what I care about is that people perform and so the people I work with, some of them have been working from home, some come in sometimes, some are full-time, and what matters to me is that they deliver and, frankly, they've been delivering at an unbelievable rate.

"I mean, you know, there's sometimes this caricature that people who work in the Civil Service work a 9 to 5 day, it's just completely untrue in my experience.

"And people are working incredibly hard because, ultimately, it's a mission-driven job and, in the middle of a pandemic, the whole department has stepped up to that mission."

The Health Secretary also said that getting staff back to work is a matter for employers.

"But employers are doing that and the rules are clear about that."

Just last week No10 urged employees to speak to their employers about how to get back safely.