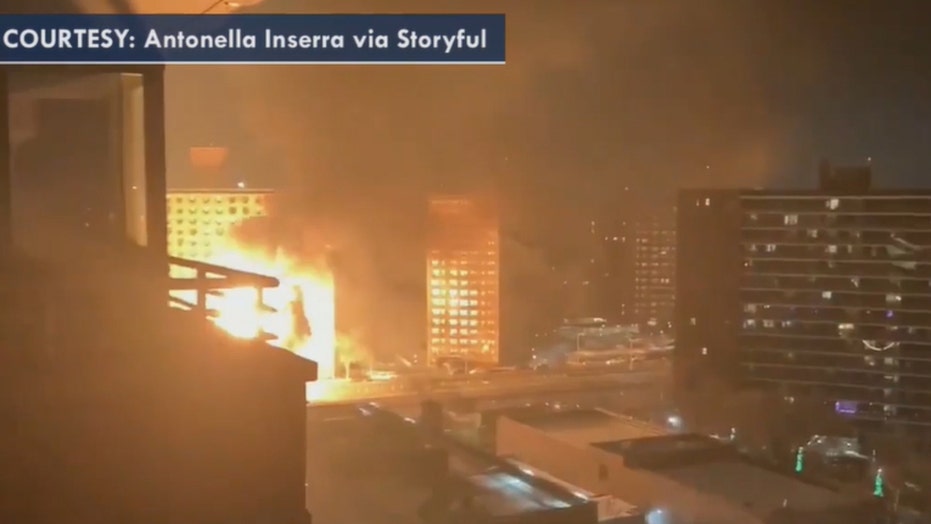 Investigators told the New York Post that the truck likely overturned on the Long Island Expressway around midnight after passing over black ice.

The truck was carrying 294 propane tanks and its driver told police that he lost control while attempting to avoid another vehicle that had cut him off, according to WABC.

It reportedly took hours for firefighters to extinguish the massive blaze caused by the wreck.

The driver is said to have refused medical treatment at the scene and there were no other reports of injuries.