A DESPERATE search for survivors has been launched after a massive explosion ripped through a popular hotel in Cuba.

The devastating blast obliterated The Hotel Saratoga in Havana after guests heard something that sounded "like a bomb". 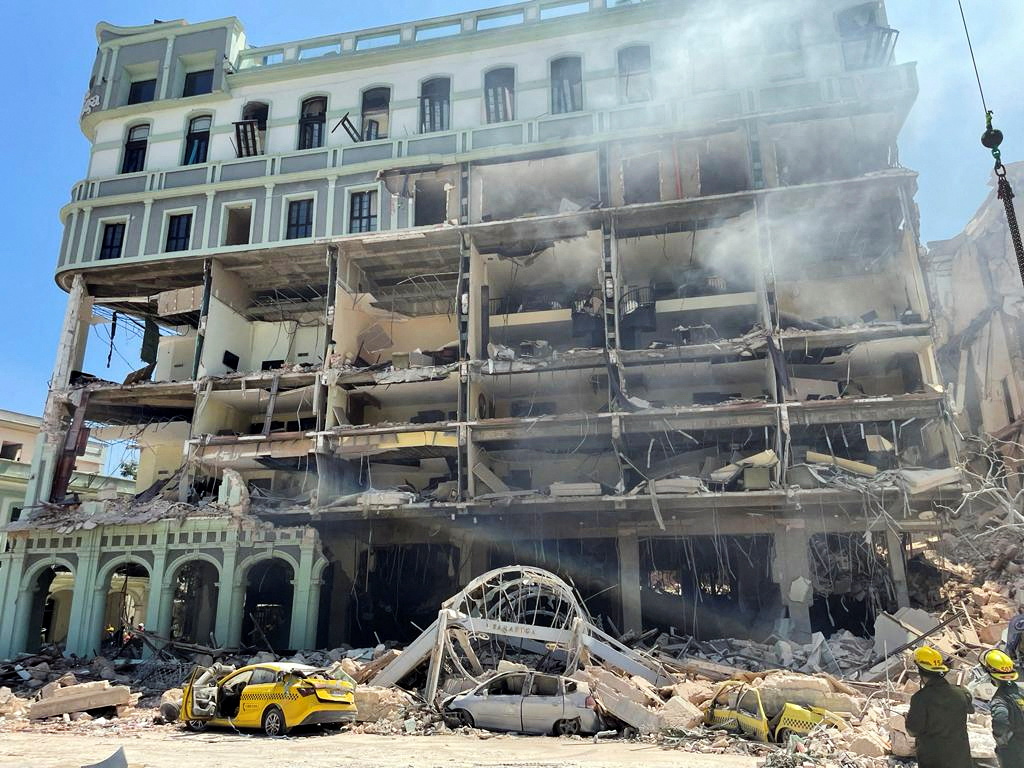 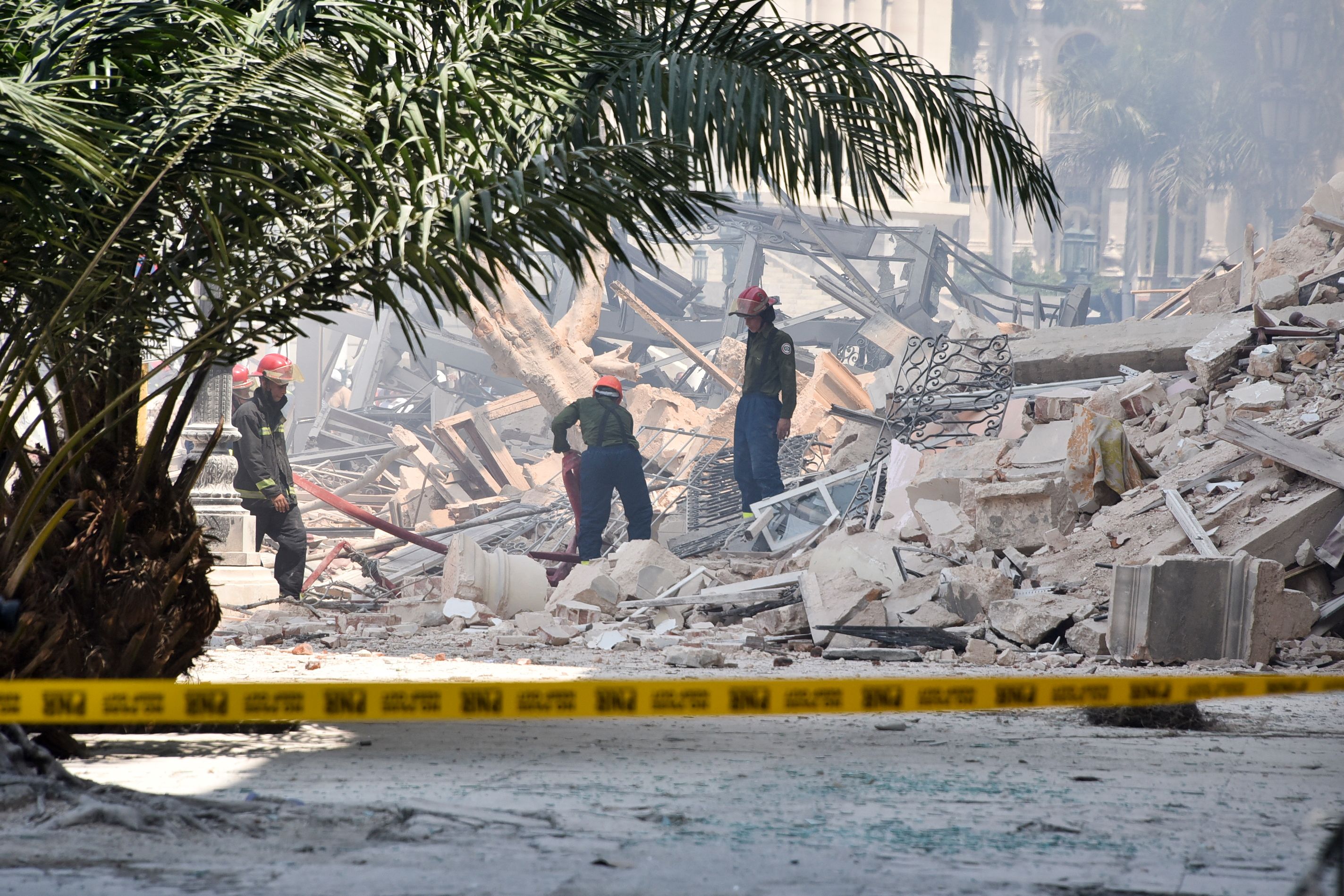 Worrying reports claim that some holidaymakers are still trapped on the top floor as the four-star hotel crumbles.

There are currently few details about what triggered the explosion and the number of casualties.

But Cuban President Miguel Diaz-Canel ruled out a bomb after visiting the site of the blast on Friday,

He instead suggested that initial investigations pointed to the cause of the blast being a gas leak.

At least four are dead and 13 people are missing after the explosion, according to Cuban officials.

Locals have shared an array of harrowing videos of the scene on the ground, providing a terrifying insight into the devastation.

The walking wounded are desperately try to find safety while reports suggest Cubans have been heroically saving victims from under the mountains of rubble.

Incredible images show the structure of the once-grand hotel has been blown apart, as smoke and dust chokes the air.

Police and the fire service have begun searching for victims as hundreds of tourists and locals stared in awe.

The adjacent buildings were also ravaged by the powerful explosion, with one witness saying it caused "buildings for several blocks" to shake.

Concerns have also been raised for children who attend the school located next door to the hotel.

Buses, cars and other vehicles parked outside were also wiped out.

Mexico's Foreign Minister Marcelo Ebrard also wrote in a tweet: "Our solidarity to the victims and those affected as well as the people of that dear fraternal nation."

The building was originally erected in 1880 for warehouses before being remodeled as a hotel in 1933.

It then re-opened back in 2005 and has become a popular choice for holidaymakers visiting Cuba. 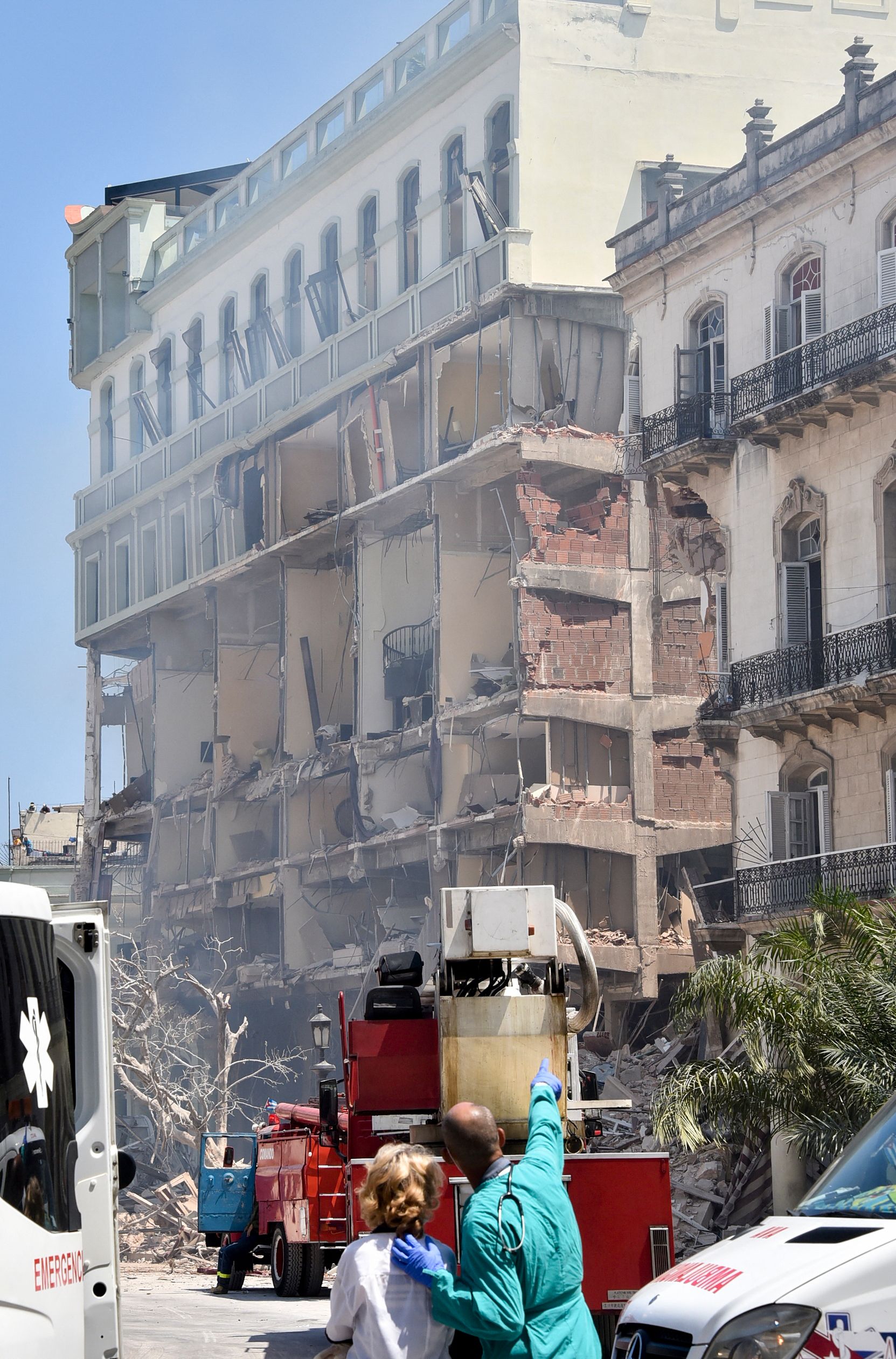