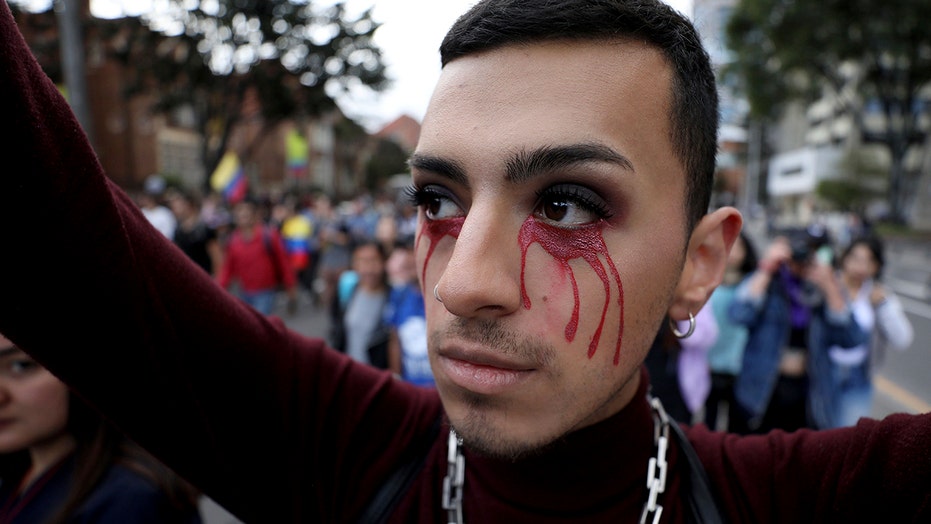 The massive anti-government protests that have erupted in several Latin American countries have boiled over into Colombia as thousands have taken to the streets in recent days, sparking fear and violence throughout the country.

The protests, which began November 21 in central Bogota, have been mostly nonviolence and peaceful, but the government of President Ivan Duque Marquez has taken an aggressive stance against the movement. 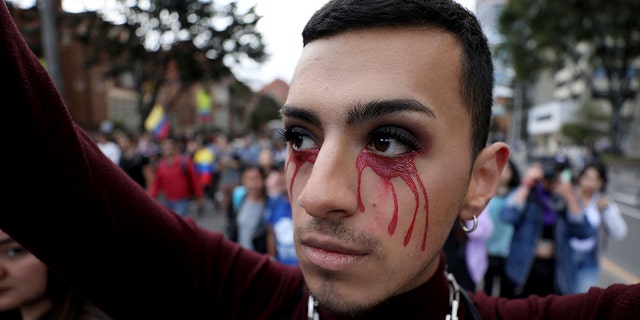 Security forces have used tear gas and other repressive methods to end the protests, which have disrupted and somewhat paralyzed the city for nearly a week.

At least one person – 18-year-old high school student Dilan Cruz – has died. However, some reports have put the death toll at three.

David Torres, a 30-year-old master’s student studying chemistry in Bogota, told Fox News that there have been “many abuses from authorities” against demonstrators. He participated in one of the first rallies.

“The atmosphere is hopeful because people saw the results in Chile, and also they can see the abuses of police and the fear that authorities spread, especially on Friday,” Torres said via Twitter message. “But there is some uncertainty because the government does not decide to speak with the citizens and also keeps such an aggressive position." 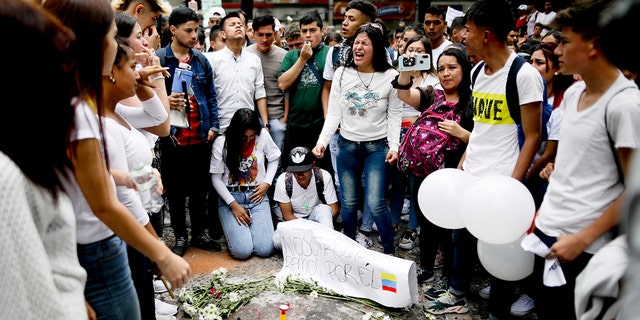 Youth attend a vigil for Dilan Cruz, who was injured during clashes between anti-government protesters and police, in Bogota, Colombia, Sunday, Nov. 24, 2019. President Ivan Duque said he was ordering an urgent investigation to determine who was responsible for the injuries of the 18-year-old student, who is in hospital in critical condition after he was hit in the head Saturday, apparently by a tear gas canister. (AP Photo/Ivan Valencia)

The mood among protesters is “hopeful," but they are also worried, Torres said, adding that people will continue to strike, despite the continued government crackdown.

An estimated 250,000 anti-government demonstrators, including students, teachers and working-class union members, rattled Colombia when they took to the streets last week and voiced strong opposition to Duque’s conservative policies. It’s the largest protest Colombia has seen in years.

Unlike the protests in countries across Latin America, which are driven by the steep drop in commodity prices, there is no one single issue that is motivating Colombians to mobilize against the incumbent government.

Sergio Guzman, director of Colombia Risk Analysis, said the unfocused nature of the protest movement will make it difficult for it to negotiate with the government.

“The protesters are a hodgepodge of people with so many different agendas that it will be difficult to find a common narrative,” Guzman told Fox News. 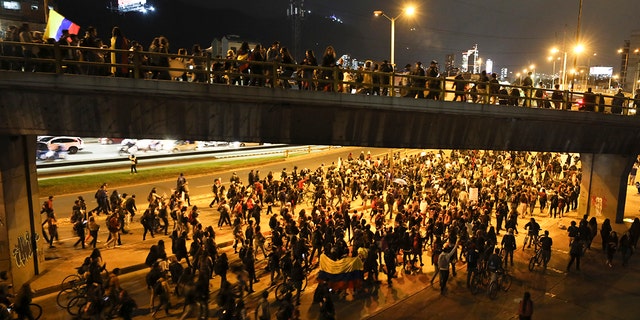 Anti-government demonstrators march in Bogota, Colombia, Monday, Nov. 25, 2019. Protests against the government of President Ivan Duque continued for the fifth consecutive day as students, women’s groups and indigenous people marched through the center of the nation’s capital. (AP Photo/Fernando Vergara)

However, there is a shared sense of indignation in Colombia – and across the region – over the failure of the government to address the corruption and rising inequality that leave people struggling to survive while affluent and well-connected elites enrich themselves — at the expense of everyone else.

“The sentiment in the street is, overall, a lot of frustration with the government and the current situation, Guzman said. “Colombia’s growth is a radical departure from the rest of the region, the second-highest in the region – but there are vast inequalities that don’t allow ordinary people to participate in that prosperity.” 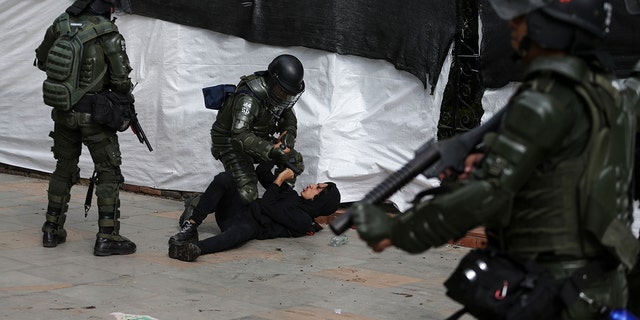 The government’s proposal to slash the minimum wage, salaries, and pension funds would likely exasperate these inequalities and was also a driving force behind the uprising.

Duque, a key U.S. ally who took office in 2018, met with recently elected governors and mayors Sunday night and held talks with business leaders and some unions Monday. He is facing the most significant threat to his presidency thus far. 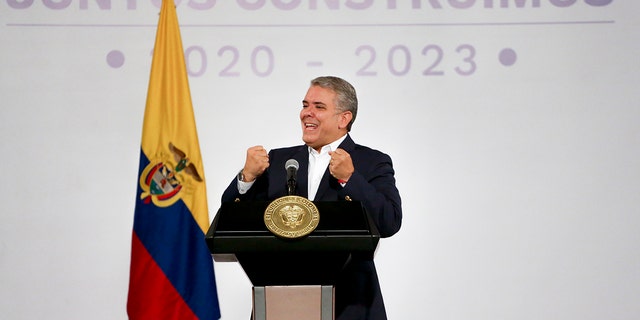 Colombia’s President Ivan Duque talks during a meeting with mayors and governors in Bogota, Colombia, Sunday, Nov. 24, 2019. Duque called for a national dialogue in an attempt to quell protests decrying a range of social and economic woes. (AP Photo/Ivan Valencia)

One of the somewhat less talked about issues that is unique to Colombia is the 2016 peace agreement with the Revolutionary Armed Forces of Colombia (FARC) rebel group.

Colombia and the FARC were engaged in a 50-year civil war, the longest civil conflict in Latin America, which left 220,000 dead, 25,000 disappeared, and 5.7 million displaced since the insurgency began in the 1960s.

The government and the rebels finally came to a peace agreement to end the conflict in 2016 and have remained a focal point of Colombian public policy since the peace deal was signed. A major component of the peace agreement, and integral to war termination and conflict resolution in general, called for rebels to demobilize and surrender their arms to a U.N. commission. The demobilization process included in the peace agreement allowed for political representation from former rebels. 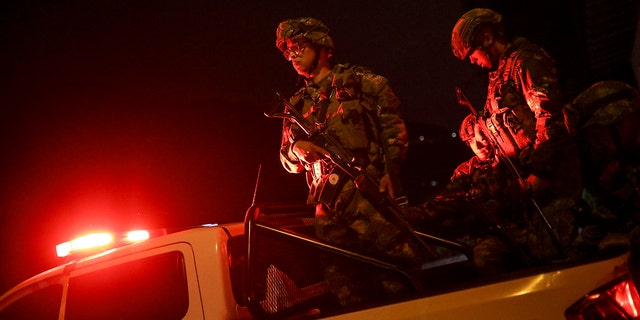 Soldiers leave from a military base to patrol the streets in Bogota, Colombia, Saturday, Nov. 23, 2019. Authorities in Colombia are maintaining a heightened police and military presence in the nation’s capital following two days of unrest. (AP Photo/Ivan Valencia)

Now, three years later, key components of the deal have not been implemented and some of the rebels appear to be abandoning the reintegration process and rearming for renewed conflict.

Although the peace agreement is not central to protester demands, people feel that Duque has mismanaged security overall and has allowed some militants to reassert control and violence in rural areas.

As violence is flaring once again in rural parts of the region and ungoverned spaces where the FARC once thrived, people are concerned that the government will not be able to fully implement the peace agreement. 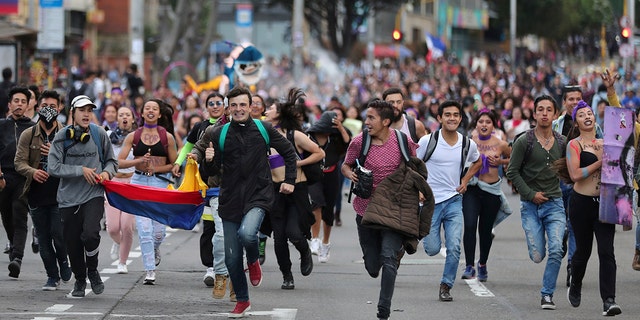 Anti-government demonstrators run during a protest in Bogota, Colombia, Monday, Nov. 25, 2019. Authorities are maintaining a heightened police presence amidst scattered unrest in the aftermath of a mass protest that drew about 250,000 to the streets Thursday. (AP Photo/Fernando Vergara)

Duque has claimed the people have the right to protest and voice their concerns over government policy, but some in his government are employing rhetorical strategies by other right-wing regimes in Latin America, asserting that the grassroots uprising is a left-wing plot to overthrow the government.

Some rogue elements have taken advantage of the instability and committed acts of vandalism and looting, potentially damaging the credibility of the otherwise peaceful and legitimate grievances held by the protesters.