Helicopter landing officer, 35, who broke a bouncer’s arm in a booze-fuelled pub brawl after verbally abusing a table of women avoids jail

A man who broke a security guard’s arm in a drunken pub brawl after verbally abusing and throwing cigarettes at a group of women has avoided jail.

Karl McDonald, 35, appeared at Liverpool Crown Court today on one count of affray and one count of assault following the fight on July 17, 2021.

CCTV footage played in court showed the defendant and another man talking to a group of women sitting at a nearby table at the Liberty Tavern, Woolton in Liverpool.

Ben Berkson, prosecuting, said that during the interaction, McDonald called them ‘bums’. 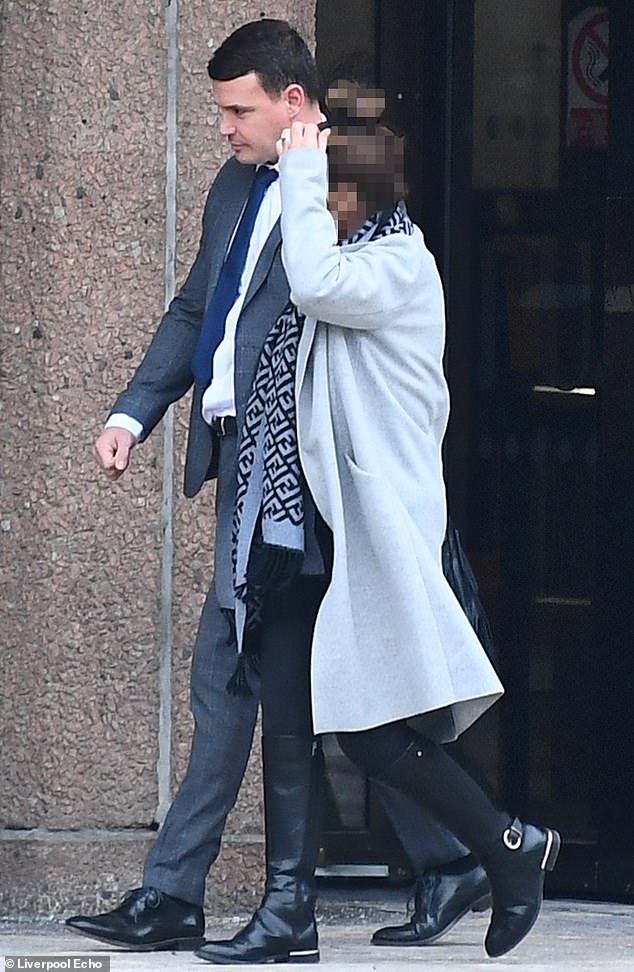 Karl McDonald, 35, fractured a bouncer’s elbow in a bar fight he started in a Liverpool pub

A male doorman then approached the group to keep an eye on the situation, as a female member of staff tried to calm McDonald down.

McDonald could be seen on the CCTV throwing cigarettes at the women while verbally abusing them.

The argument continued while an unknown man stood next to the table of women and spoke to them.

McDonald walked towards the man and punched him in the face.

Mr Berkson said: ‘He pushes his friend slightly towards the male, and then the flurry of punches rain.

‘The fight then spills into the corner of the outside area of the bar, where another table of innocent bystanders are caused to move out of the way to avoid being embroiled.’

Donna McCaffrey, a security officer working at the pub, attempted to break up the two men but McDonald pushed her away causing her to fall into a chair.

McDonald then entered the bar to continue the fight with the unknown male, where they both fell and wrestled on the ground.

McDonald stood up as others intervened, and Ms McCaffrey tried to physically restrain him from behind but he knocked her to the ground, causing her to land awkwardly on her right elbow.

She suffered a right radial head fracture of her elbow, which took around a month to heal. 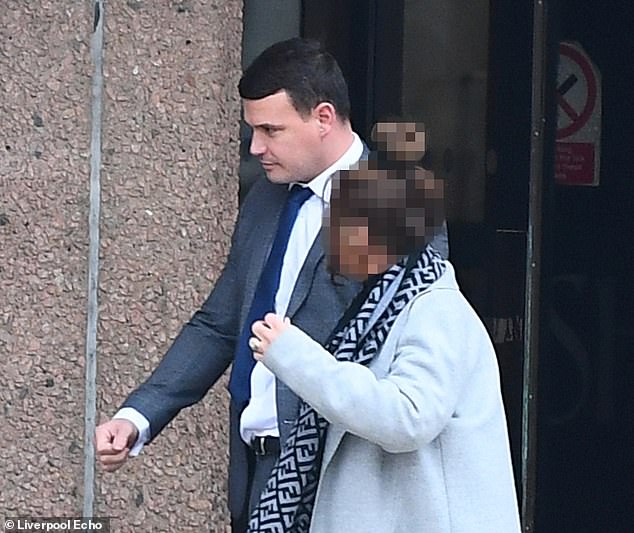 McDonald was arrested at the scene and admitted the assault and affray during police interview.

He described himself as ‘six out of 10’ drunk, and said he had been at a wedding before visiting the pub.

The father-of-one has three previous convictions for four offences, also relating to public order and an assault on a constable, but he has not been before the courts since 2008.

Daniel Travers, defending, said when McDonald saw the CCTV, he was ‘disgusted’ at himself. He said: ‘He recognises that his behaviour was unacceptable.’

Mr Travers said McDonald has only drunk alcohol twice in the 18 months since this incident, and has not committed any crimes since then.

McDonald, who works as a helicopter landing officer, has one son and another child on the way with his partner, the court was told.

Mr Travers also said that when Ms McCaffrey sought to restrain McDonald, the defendant was not aware she was a security officer or a woman when he pushed her to the ground.

In sentencing, Judge Recorder Graham Wells called the offences ‘appalling’. He said: ‘You started a brawl in a bar, you started it, you continued it.

‘It is quite a disgraceful display. The fact that Ms McCaffrey did not require treatment is neither here nor there.

He was ordered to complete 150 hours of unpaid work, and pay £3,000 compensation to the victim. A victim surcharge was also ordered.

Recorder Wells said: ‘You have got a chance, do not come back to this court.’