Man, 45, who drilled 5cm into his neighbour’s BRAIN after they complained about his late-night DIY is jailed for over four years 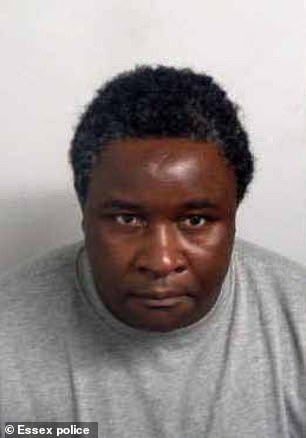 Pictured: Eddie Achunche has been jailed after he attacked his neighbour with a drill after he complained about the noise

A man who drilled 5cm into his neighbour’s skull in a violent attack after they complained about his late night DIY has been jailed for four and a half years.

Police were called to a home in Harlow, Essex, at around 1pm on August 3 last year with reports a man had been attacked with an electric drill.

When officers arrived, they found 45-year-old Eddie Achunche with the drill still in his hand.

Achunche had attacked the victim after they confronted him over his late night drilling the previous night that had kept residents in the street awake.

Witnesses described seeing the argument before they saw the victim lying on the floor with Achunche ‘standing over him’ with the drill.

The victim, a man in his 30s, sustained serious injuries to his head and face, and medics found the drill had penetrated his brain by 5cm.

He had a bleed on the brain and now has significant weakness and physical impairment on his right upper and lower limbs as well as double vision in his left eye and brain damage, resulting in memory and cognitive issues.

Achunche claimed he was acting in self defence and hadn’t meant to hurt anyone but he was arrested and charged.

Following a trial at Chelmsford Crown Court, he was found guilty of causing grievous bodily harm without intent but was cleared of the more serious offence of GBH with intent.

At the same court on Friday, October 22, he was jailed for four years and six months.

Investigating officer Detective Constable Alana McCreath, from Harlow CID, said: ‘This was a brutal attack which has resulted in life-changing injuries to the victim. 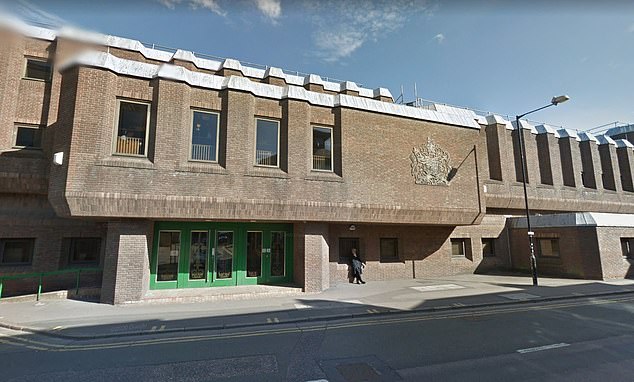 Achunche, 45, was locked up for four and a half years at Chelmsford Crown Court (pictured)

‘It is unimaginable to use a power drill against another person but Eddie Achunche did just this.

‘The victim will have to live with the consequences of Achunche’s actions for the rest of his life.

‘Achunche has shown little remorse for his actions and instead tried to convince officers he was just acting in self defence.

‘Fortunately we, and the jury, were able to see through this and he will now spend the foreseeable future in prison.

‘I want to praise the courage of the victim and the support from his family.

‘He will have to live with the consequences of Achunche’s actions for the rest of his life and has show incredible bravery throughout the investigation and court process.’