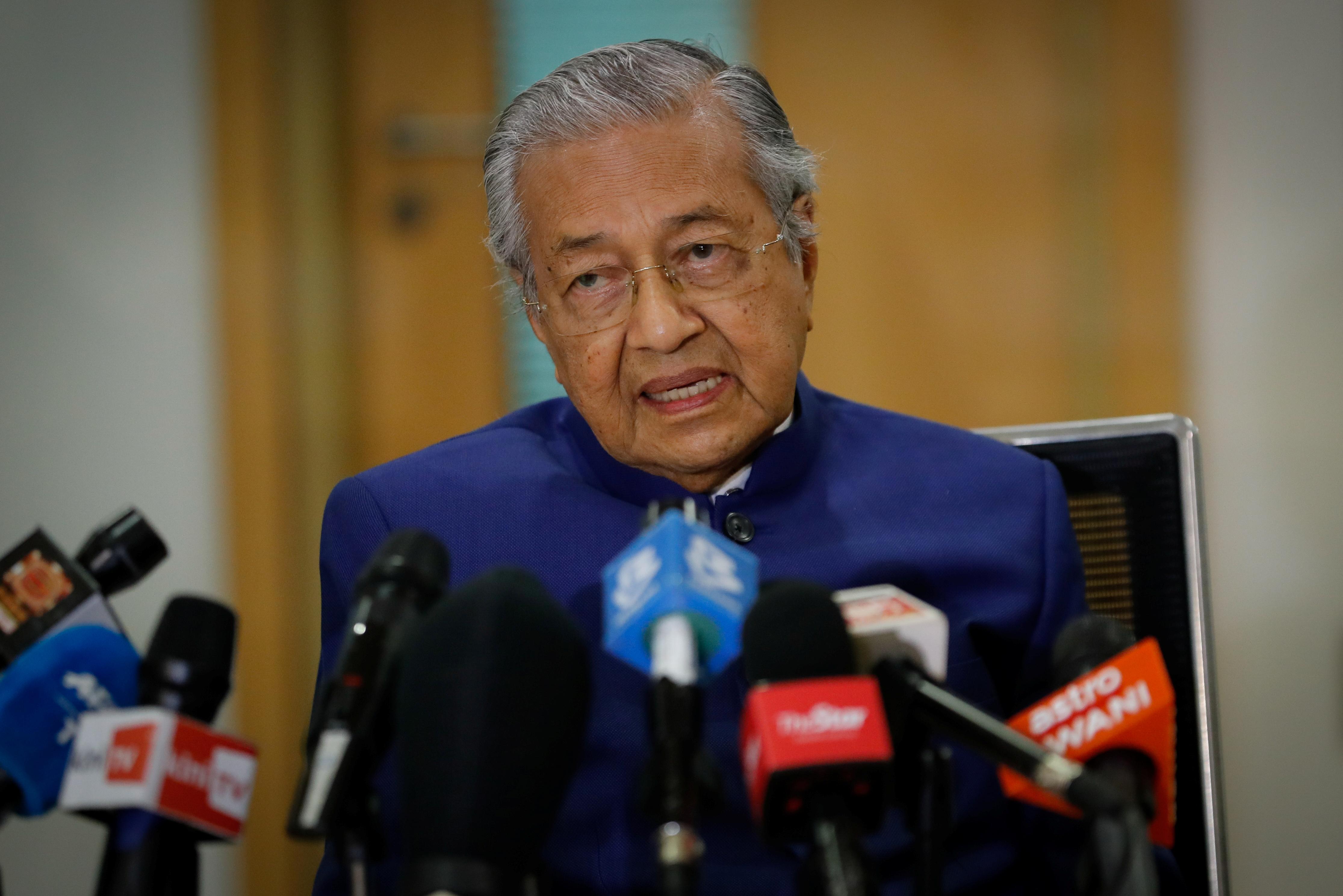 KUALA LUMPUR (Reuters) – Veteran Malaysian politician Mahathir Mohamad said on Friday he planned to set up a new party to champion the interests of the country’s ethnic majority Malays, six months after the coalition he headed lost power in a political upheaval.

Mahathir, 95, quit in February in a political gamble to strengthen his hand but it backfired and Muhyiddin Yassin, who had been part of his government, unexpectedly emerged as prime minister after forging an alliance with the United Malays National Organisation (UMNO) to gain a parliamentary majority.

Mahathir has since pushed for a confidence vote in parliament to oust Muhyiddin for what he said was bringing back to power the graft-tainted UMNO party rejected by voters in an historic election two years ago.

His new party aimed “to redeem the dignity of the Malays tainted by treachery, cheating, lying, corruption and greed due to the deeds of other Malay party leaders”, Mahathir told reporters, adding it would not be aligned with any existing coalition.

Malays make up more than two-thirds of the population, followed by ethnic Chinese, Indians and other minority groups.

Having led Malaysia for 22 years until 2003, Mahathir came out of retirement to join hands with former foes to oust then Prime Minister Najib Razak, who last month was found guilty of corruption in the first trial over a multi-billion-dollar scandal at state fund 1MDB.

Mahathir, who was the world’s oldest head of government after his surprise comeback in 2018, said his party had been hijacked by Muhyiddin and a new independent party was necessary. Mahathir has yet to give the party a name.

“This party will be inclusive and moderate and will show to other ethnicities that the Malays are not treasonous, able to keep promises and do not refuse sincere and principled cooperation,” he said, calling on the government not to hinder its registration.