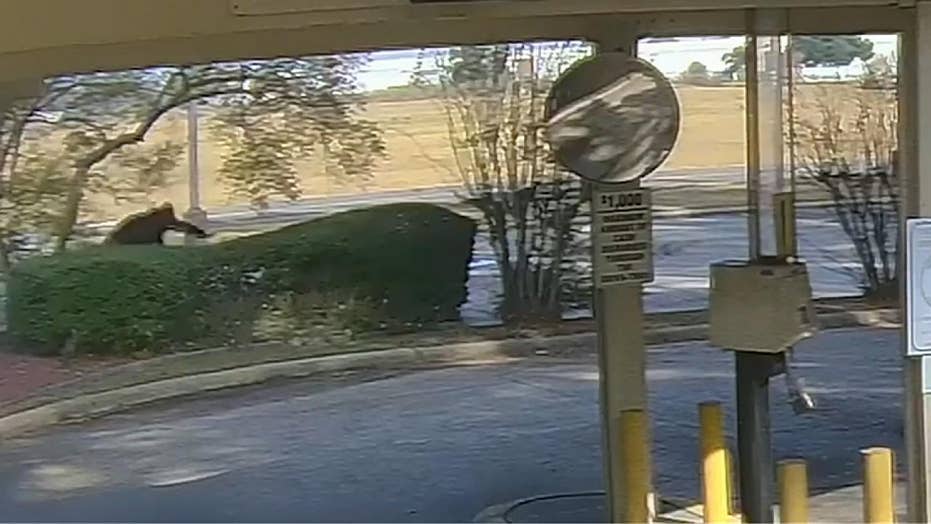 Raw video: Bank security footage shows the not so smooth escape attempt as the robber trips in the bushes multiple times.

A clumsy Louisiana bank robber's getaway was nearly foiled when he tripped three times as he was running away from the bank on foot — a scene caught on surveillance video.

“A man dressed in black, wearing a mask and gloves, entered the credit union with a handgun and demanded money,” Prator said.

“After getting an undisclosed amount of cash, he fled the business eastbound on Williamson Way, tripping several times in the parking lot and dropping cash and an Urban Camo mask,” he said.

The video appears to show the smooth criminal getting tripped up as he runs past bushes.

The thief was also wearing a black hoodie, black pants, black shoes and neon yellow gloves when he entered the bank, according to the sheriff.

Employees of another bank said that earlier on Monday a man matching the same description also tried to enter their bank but they locked the doors, Prator said.