This is the shocking moment a moped-riding thief snatches a phone from an unsuspecting pedestrian before fleeing the scene.

CCTV footage shows the thief mounting the pavement and driving up behind the victim as he walks along Old Street in north east London just after 1pm on April 19.

The thief then reportedly snatches the phone out of the pedestrian’s hand before swiftly driving away in a matter of seconds. 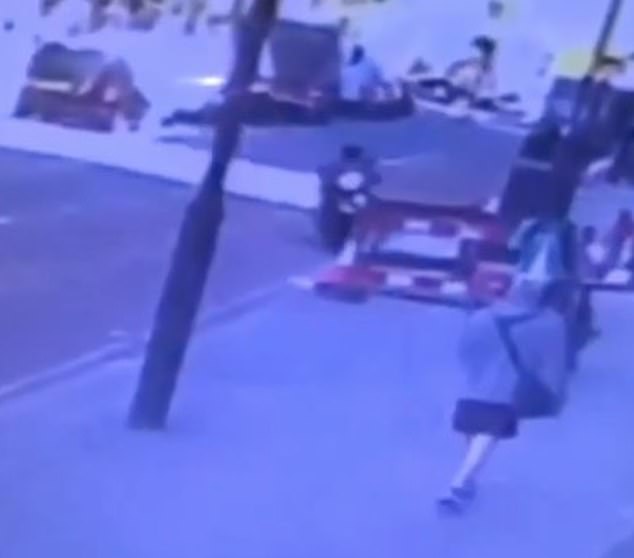 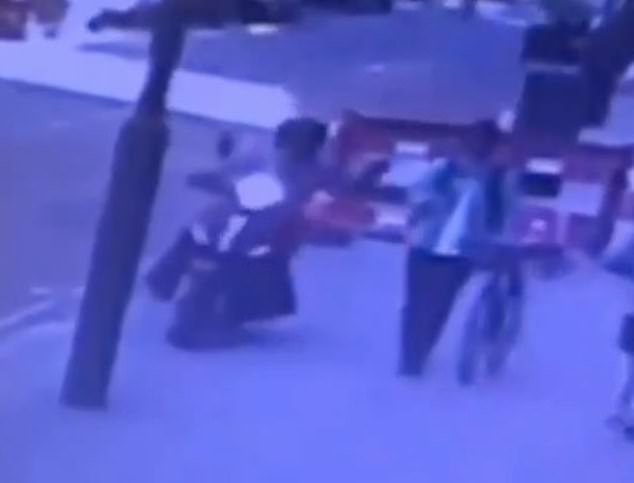 During the clip, which was shared this month on social media, a man, who is pushing his bicycle, walks along the busy road in London with a phone in his hand.

Within seconds, a moped rider drives up behind the pedestrian and mounts the pavement.

The thief then grabs the man’s phone and flees the scene on his moped – as his victim watches on helplessly.

The scenes come just weeks after a man, identified only as Max, had his phone snatched near Old Street roundabout by a youth riding a bicycle.

The thief pulled onto the pavement and looped round before riding at speed towards his victim and grabbing his handset.

However the youth dropped the phone as his victim began to chase after him and fled the scene without the device. 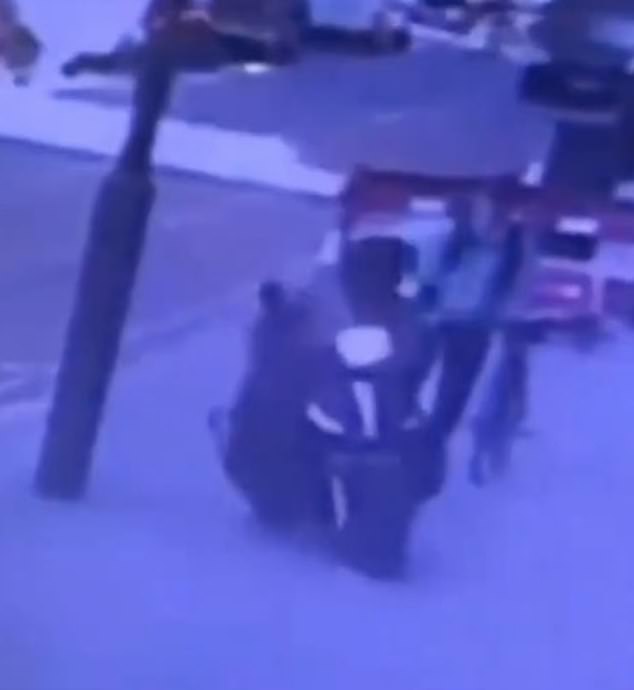 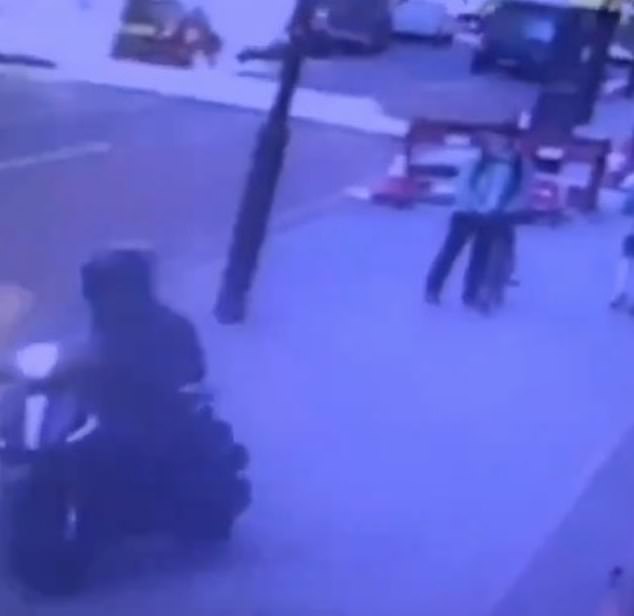 In 2017, a gang of moped thieves were filmed careening down the pavement and snatching a mobile from a lone pedestrian on Junction road in Tufnell Park, north London.

Also that year Jeremy Corbyn’s son Tommy told of how he was mugged by a thief on a moped as he walked through Holloway in Islington.

In November 2018, the police revealed they would use ‘tactical contact’ manoeuvres using their cars to stop suspected criminals on mopeds.

The Met Police said mobile phone theft is a major problem in London with thousands of devices taken each year.

Traditionally, thieves would pickpocket their victims or use table surfing.

However, over the past couple of years the number of thefts involving criminals using mopeds or bicycles has increased dramatically.

The Met advises mobile phone users to be aware of their surroundings to reduce the chance of having their handset stolen, especially in high threat areas.

According to Scotland Yard:

They are also monitoring stores that sell secondhand electronics to prevent them from dealing in stolen phones.

The areas around Camden, Islington, Westminster, Hackney and Haringey have the biggest problems of mobile phone theft.