Liz Truss has vowed to be Ukraine’s ‘greatest friend’ if she becomes prime minister, following in the footsteps of Boris Johnson.

The Foreign Secretary pledged to double down on support for Ukraine and to make president Volodymyr Zelensky her first call to a foreign leader if she becomes the next occupant of No 10.

Miss Truss also said she would update the Integrated Defence and Security Review in light of the conflict in Ukraine, something opposition MPs and the Commons defence committee have been seeking for months.

She said: ‘What transpires in Ukraine matters to us all. This isn’t just a battle for territory or a conflict between two nations, but a great struggle between those who believe in sovereignty and self-determination, and authoritarians who want to crush freedom and true democracy. 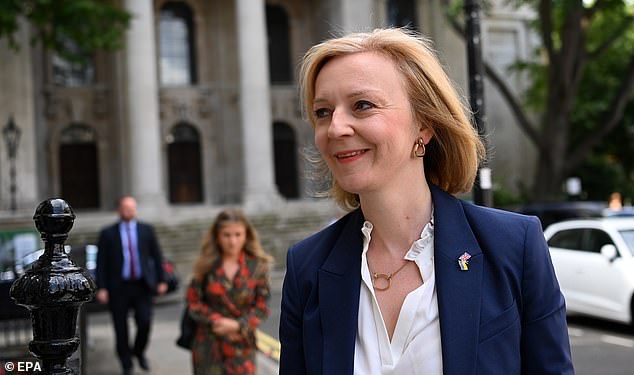 ‘As prime minister I will be Ukraine’s greatest friend – following in the footsteps of Boris Johnson – and commit completely to ensuring [Russian president Vladimir] Putin fails in Ukraine and suffers a strategic defeat, and that Russia is constrained in the future. This conflict is in the balance, and now is not the time for soundings off about concessions and compromises to an appalling dictator.

‘Working with our partners in the West, we need to carry on providing weapons, aid, and diplomatic support.’

She added: ‘I am the candidate the British people can trust on Ukraine, and they can trust to defend our freedom at home and abroad.’

The Integrated Defence and Security Review, published last March, was completed before Russia’s invasion of Ukraine and Nato’s withdrawal from Afghanistan.

It sets out the Government’s vision for Britain’s role in the world over the next decade. Miss Truss would add an updated focus on China and Russia. She believes the invasion of Ukraine and China’s growing influence demand a fresh approach to the UK’s security.

Miss Truss has also vowed to commit Britain to playing a lead role in a ‘new Marshall Plan’ to help provide technical and financial assistance towards Ukraine’s reconstruction. 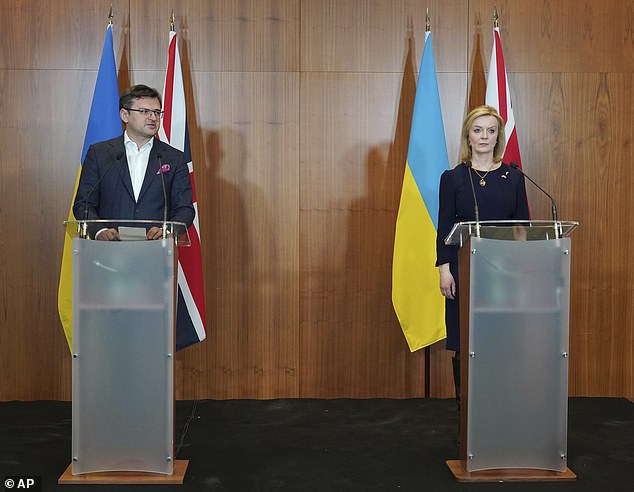 As prime minister, she would host the Ukraine Recovery Conference in Britain in 2023 to bring Kyiv and its allies together to discuss how to rebuild the country.

She has already pledged to raise defence spending to 3 per cent of gross domestic product (GDP) by 2030. In a speech to the Atlantic Council in Washington DC in March, Miss Truss said Putin’s aggression showed that ‘the era of complacency is over’.

She went on: ‘The invasion of Ukraine is a paradigm shift on the scale of 9/11. How we respond today will set the pattern for this new era.

‘If we let Putin’s expansionism go unchallenged it would send a dangerous message to would-be aggressors. We can’t allow that to happen. We will shape this new global era for global security.’